Mesut Ozil next? 10 players who called time on their playing career early 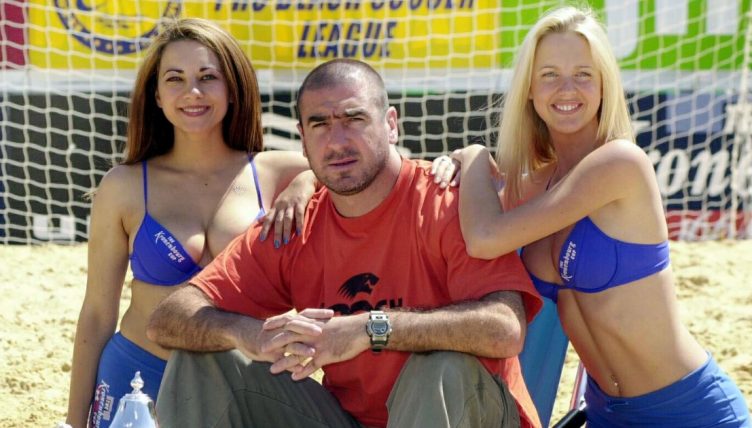 Almost all top-level professional footballers see out their lucrative playing careers for as long as possible.

Mesut Ozil will reportedly hang up his boots at the age of 34. The World Cup winner was released by Arsenal just two years ago. He’s since turned out in the Turkish Super Lig for Fenerbahce and Istanbul Basaksehir.

He remains contracted until the summer but his minutes have been limited this season. Turkish outlet Fanatik have claimed that Ozil wants to “quit football” and is set to announce his retirement imminently.

Some notable players have evidently just felt it’s not worth the effort and discipline required to remain at the top of their game and sacked it all in instead.

We’ve gone for the players here who called time on their own terms, rather than those who were forced to retire early due to injury, such as Emmanuel Petit, Brian Laudrup and Ryan Mason.

The German retired at the age of just 29, leaving football with a World Cup – assisting Mario Gotze’s match-winner in the final – Premier League, two DFB-Pokals, and a Premier League goal of the month award to his name.

So why quit at such a young age? For Schurrle, it was all about self-care, admitting that he did not want to contend with the loneliness and endless competition that comes with top-flight football.

“The decision has matured in me for a long time,” he said in an interview with Der Spiegel when talking of his decision.

“The depths were getting deeper and the highlights less and less. You always have to play a certain role in order to survive in the business, otherwise you will lose your job and won’t get a new one.”

🏆 You will always be a #WorldCup winner, @Andre_Schuerrle 🇩🇪

👏 All the best with everything post-retirement pic.twitter.com/ahrAMicHvM

The Manchester United legend hung up his boots in 1997 at the age of just 31. For him, it was born from a desire to live the life that most people get to during their 20s.

“When you quit football it is not easy, your life becomes difficult,” he told The Independent at the Premier League’s 10th-anniversary awards in 2003.

“I should know because sometimes I feel I quit too young. I loved the game but I no longer had the passion to go to bed early, not to go out with my friends, not to drink, and not to do a lot of other things, the things I like in life.”

If Cantona was ever going to retire, this was always likely to be the reason. 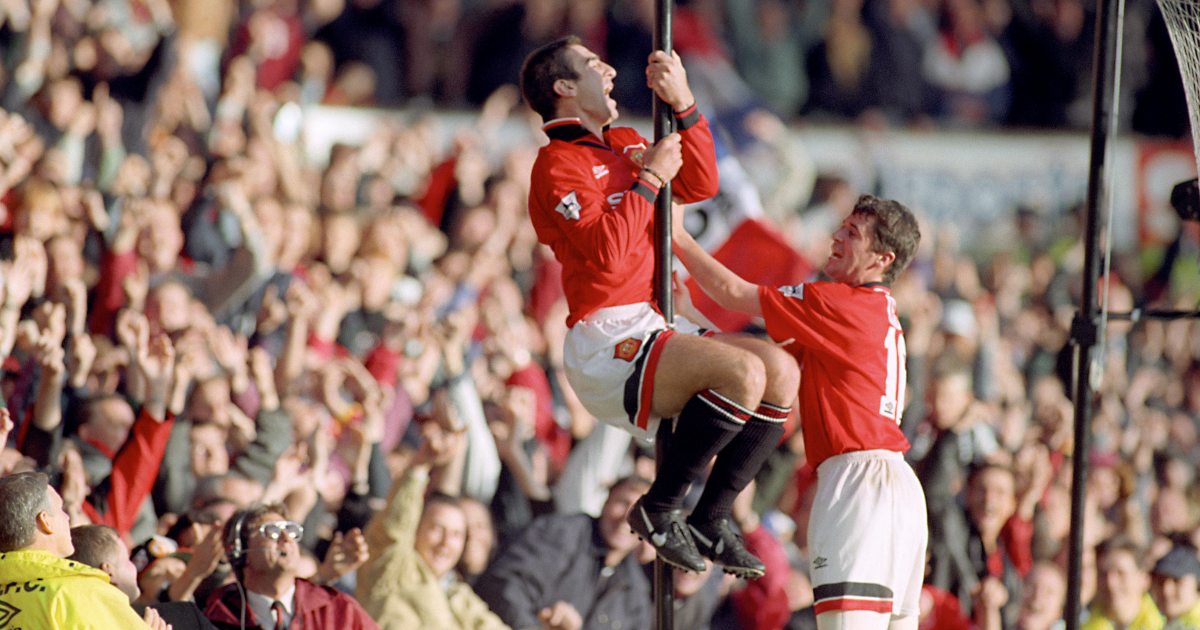 READ: 10 of Eric Cantona’s most wonderfully arrogant quotes: ‘I’m sure I will not die’

Zizou came out of international retirement for the 2006 World Cup but ended up walking away from the game entirely. His final act? Planting his skull through the chest of Marco Materazzi.

He may have been 34 at this point, but the way he lit up the tournament in Germany showed that he still had so much more to give. He scored a Panenka in the final!

Zidane was named player of the tournament but that was not enough to tempt him to stay. In lieu of a suspension, he instead completed three days worth of community service for FIFA.

He has played in a string of charity matches since, but it was never the same.

There’s something about ludicrously talented mercurial Frenchmen and early retirement; Platini set the template for Cantona and Zizou and hung up his boots at 32.

It’s a shame that Platini has subsequently sullied his reputation by getting involved in the murky world of football administration because he was one of the coolest footballers in history – winning three Ballon d’Ors in a row is testament to that.

“The time was right. Above all else, I was tired,” he later told FourFourTwo.

“We were playing a league game against Sampdoria and I suddenly realised that I’d lost that extra bit of pace, so I said to myself: ‘Right, that’s it’. If I didn’t have the acceleration to get into goalscoring positions any more, then I couldn’t play my game.

“I was being beaten to the ball and I didn’t like it! I didn’t want to change my game to keep playing. There were a couple of clubs who wanted me to drop back in front of the defence where pace wasn’t so vital, but I wasn’t interested in that.”

Rudi Voller probably wasn’t too sad to see him retire, but the rest of us were.

Rijkaard may have only been 32 when he hung up his boots but, to be fair to him, retiring immediately after winning the Champions League is a pretty good way to sign out.

During his final game, he helped Ajax beat former club AC Milan in 1995, rounding off an iconic period for one of the greatest club sides of all time. Previously, he had lifted the trophy twice with the Rossoneri, in 1989 and 1990, scoring the winner against Benfica in the latter.

The 58-year-old later moved into management and led Barcelona to the Champions League in 2006.

While Rijkaard bowed out with the Champions League in 1995, one of his team-mates was just getting started – 18-year-old Kluivert became an overnight star after scoring the match-winner against Milan, capping off his debut season with 21 goals.

He stayed at Ajax for two more years, before a season with Milan and six years with Barcelona, where he scored over 100 goals. But it was a swift decline from there, and he had unfulfilling short stints with Newcastle, Valencia, PSV and Lille before eventually calling time when he was just 31.

The Argentinian goalkeeper that saved David Batty’s penalty at the 1998 World Cup retired from football at the age of 29 to undergo a religious retreat as a devout Seventh-day Adventist – and he held a firm belief the world was going to end in the year 2000.

The Arsenal academy graduate never quite reached the heights expected of him, but he earned seven caps for England, and at times at Blackburn and Tottenham looked as though he’d fulfil his early potential.

Less than a year older than Cristiano Ronaldo, Bentley retired in 2014 – before he’d even turned 30 – and freely admitted he’d fallen out of love with the sport.

“The game has changed a lot – when I first started playing it was more about enjoying it, you went into work every day and it was brilliant,” Bentley told Sky Sports News after announcing his retirement,

“Now it’s a little bit robotic – with the social media side of it and the money that has come into the game – I hate to say it but it’s made it boring, it’s made it predictable and a bit too calculated.

“To sign on for another four or five years into that isn’t really an option for me.”

Derby day goals don't get much better than this!

Considered by some to be the finest Japanese footballer in the history of the sport, Nakata’s senior playing career lasted a little over a decade, with the majority of his career spent in Italy.

He called time after a season on loan at Sam Allardyce’s Bolton Wanderers in 2005-06, having previously turned out for Perugia, Roma, Parma, Bologna and Fiorentina.

Nakata later revealed he just stopped enjoying the sport in the latter years of his career; “I preferred to find out what was going on in the world, and I must say I learnt a lot.”

30-year-old Dutch midfielder Propper only left Brighton in 2021, having made over 100 appearances for the Seagulls, but his return to PSV failed to reignite his love for football.

His announcement echoed sentiments expressed by the likes of Zidane and Cantona before him, and you can’t help respect him for refusing to phone it in or see his career fizzle out like so many others.

“I made the final decision to call time on my playing career before Christmas and it feels like a relief. That’s why I know I’ve made the right choice,” he said.

“When I was abroad, I gradually lost the love for the game. It was difficult for me to observe the discipline needed to perform at my best and have my life ruled by a hectic football schedule. And the coronavirus crisis and the lack of visits from relatives and friends haven’t done me any good, either.”

READ NEXT: 10 players who came out of retirement: Scholes, Robben, Cruyff…