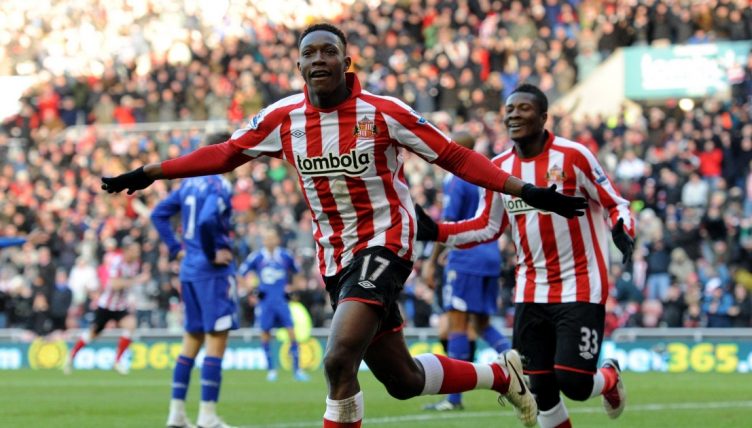 While the likes of Ryan Giggs and Marcus Rashford both made an immediate impact at Manchester United, some players have to cut their teeth out on loan before establishing themselves in the first team.

United’s James Garner is currently impressing on loan at Nottingham Forest and will be hoping to break into Erik ten Hag’s side next season.

We’ve taken a look at six players who became United regulars after enjoying successful loan spells away from Old Trafford.

Long before he was a household name, Beckham spent a month on loan at then-Third Division side Preston North End in 1994-95.

The midfielder made an instant impression at Deepdale, scoring direct from a corner and netting a brilliant free-kick in his first two appearances.

Despite wanting to stay at Preston until the end of the season, he made just three more appearances before Sir Alex Ferguson brought him back to Old Trafford.

Beckham then established himself as a first-team regular at United in 1995-96, and the rest is history…

With just one appearance for United under his belt, O’Shea joined Bournemouth on a three-month loan deal in January 2000 and featured 11 times for the then-Division Two side.

“It was a fantastic experience,” O’Shea said in 2015. “Sir Alex Ferguson spoke to me at the time and said reserve-team football was OK but I needed to get battered and bruised in a tougher environment to toughen me up a bit and understand the game. To experience what it is like when the points really matter in games.

“It worked. I got battered plenty of times, but also the manager Mel Machin and Sean O’Driscoll wanted football played the right way. It wasn’t just about character building, but good habits too.”

The former Republic of Ireland international then had a loan spell with Belgian side Royal Antwerp in 2000-01 and did enough to impress his parent club.

Over the following 10 seasons, he operated as a dependable utility man for United and also pulled off moments of unlikely brilliance, including that nutmeg on Luis Figo.

After a brief spell at Royal Antwerp, Evans jumped at the chance to work under United legend Roy Keane at Sunderland during the second half of the 2006-07 season.

The centre-back helped the Black Cats win promotion to the top flight as Championship winners and was named as their Young Player of the Year.

“It was my first time playing competitive league football in England. When you are a young player and making your way up, you always wonder whether you can make that next step up,” Evans told the Belfast Telegraph in 2018.

“And it was the next progression for me at that time. I was grateful that Roy gave me that opportunity to go to Sunderland as I had been on loan at Antwerp.

“I thought that I was going to be there (in Belgium) for the season, but then word went around that Sunderland were interested and he was the manager. It was a no-brainer and I could not wait to get up there. It was a great experience.”

He then returned to the Stadium of Light for a second spell in January 2008, making 16 appearances to help keep Sunderland in the Premier League.

Despite competition from Nemanja Vidic and Rio Ferdinand, Evans went on to cement his place at United and made nearly 200 appearances for the club, winning three Premier League titles.

Welbeck followed in the footsteps of Beckham and Evans, making eight appearances for Preston before joining Sunderland on a season-long loan deal in 2010.

The striker became a fan favourite at the Stadium of Light due to his tireless work rate, scoring six goals in 26 Premier League appearances under Steve Bruce.

“Sunderland was a great year for me,” Welbeck told Arsenal’s matchday programme in 2015. “It was a good experience, a learning curve and a pivotal point in my career because it was the first time I went out on loan in the Premier League.

“Of course there are new surroundings too – you move out and live on your own. I was living in Newcastle and the training ground was about 15 minutes away but I had to learn to cook and clean for myself.

“Before that I was living with my mum and my family, so it was a big learning curve for me and it was a great year and a great experience.”

Having learned his trade at Sunderland, he then became become a fully-fledged member of the United first-team until his move to Arsenal in 2014.

Cleverley got his first taste of first-team football at Leicester City in the second half of 2008-09, helping the Foxes win the League One title.

He also scored 11 goals in 33 Championship games during a loan spell at Watford and was voted as their Player of the Season in 2009-10.

The midfielder made the step up to the Premier League with Wigan in 2010-11 and was one of their standout performers as they survived a relegation battle.

Cleverley was finally brought into the first-team fold at Old Trafford in 2011 and made 22 league appearances as United won the Premier League title in 2012-13.

But that proved to be the highlight of his United career as he was sold to Everton in 2015 after spending the previous season on loan at Aston Villa. 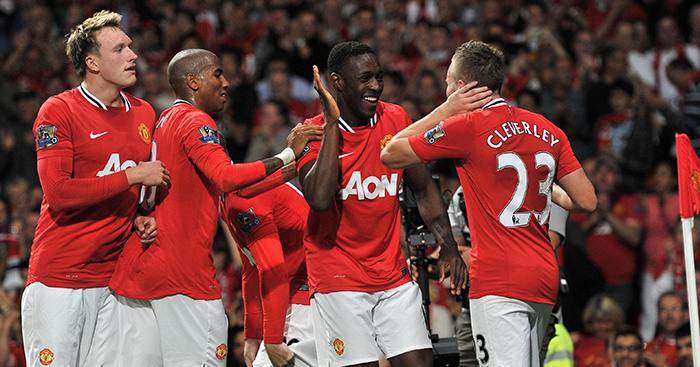 A member of United’s 2011 Youth Cup-winning squad, Lingard made five substitute appearances for Leicester in 2012-13 before joining Birmingham City the following season.

He famously scored four goals on his Blues debut during a 4-1 victory over Sheffield Wednesday and then spent the second half of that campaign at Brighton.

After getting injured on his United debut, the midfielder returned to the Championship with Derby County in February 2015 and made 15 appearances.

Lingard finally established himself in the United side in 2015-16 and has since won the FA Cup, League Cup and the Europa League with the Red Devils.

‘I’ve changed, I’ve matured, I’ve learned from the different teams I played for,” Lingard told BBC Sport in 2018. “I can only bring it back to United and put it all to good use here. Every club was good to me.”