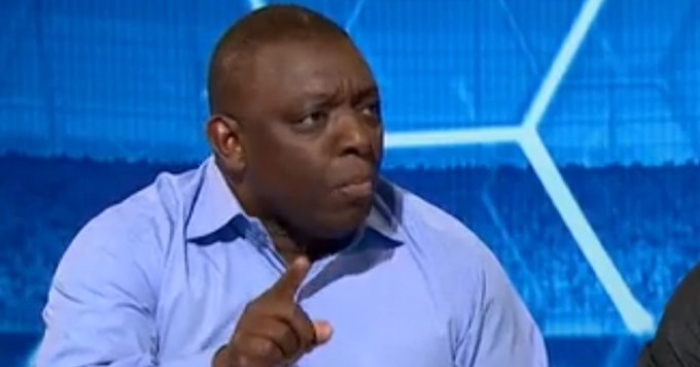 Garth Crooks’ teams of the week have gradually got more sensible over time, but there was a period when he seemed to be a law unto himself.

Formations were little more than a suggestion; positions an afterthought. The football itself? Just a passing consideration en route to the main event: Garth’s team itself.

We’ve taken a stroll down memory lane and picked out some of the best and most ridiculous examples.

The selection of Jordan Henderson? Fair enough – the midfielder has been an integral part of Liverpool’s renaissance.

The justification? A tangent about a penalty awarded to Mo Salah that gives a small indication about life inside Garth’s head.

Garth Crooks' Team of the Week.

On Salah: "That was no foul… not to spoil it with cheap nonsense like diving."

On Wilson: "Wilson's craftiness to draw a penalty from Everton's Andre Gomes was astute."

A fairly low-key one by Crooks’ standards, but we want to gradually ease you in.

As you’ll soon see, a team that would function in real life isn’t just unnecessary; functionality is just an outright no-no.

Three strikers, four if you include Marko Arnautovic, protected by, erm, Kevin de Bruyne and Gylfi Sigurdsson in a midfield two. Not sure how Pablo Zabaleta would have fared in a back three in 2018, either.

Goalkeeper? Fine. Back four? Fine. Wait, what the hell is that midfield?

Yes, all are midfielders in a fantasy league sense, but we’d love to see Wilf Zaha and Henrikh Mkhitaryan keeping it tight in the middle alongside Jeff Hendrick.

The strangest part, though? Stefano Okaka once did enough to earn a spot in a team of the week. We’ve checked back and it turns out he scored twice in the same game. Huh.

Garth's team of the week. pic.twitter.com/AA44fwQ23V

Looking at this selection, you might have thought Florentino Perez had picked it… unless you’d seen a previous Garth XI.

Why play one number 10 when you can have three?

Oh, and there are still three strikers in front of them, of course.

This was a golden era for Crooks, with the other wing-back slot filled by *Alexis Sanchez* and the midfield ‘solidified’ by a pairing of Christian Eriksen and Kevin de Bruyne.

And is that… yep, Jeff Schlupp at centre-back.

He’s finally done it. He’s come up with a formation which doesn’t use any midfielders

This isn’t a team of the week – it’s performance art. 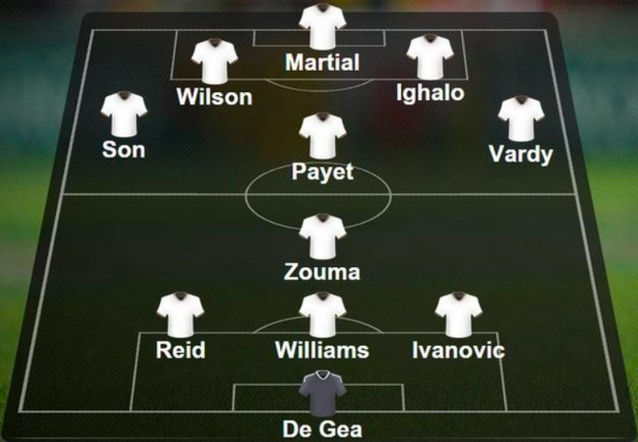 We haven’t included this for the selection as a whole, but rather for this explanation for one of his choices.

This won’t be topped. Ever.

Garth Crooks' reasoning for including Wayne Rooney in his Team of the Week. pic.twitter.com/Ub9wV7pfo8

We finish with a return to Classic Garth.

Javi Garcia often found himself holding fort as attacking players surrounding him at Manchester City, but he never had to deal with anything quite like this.

Garth Crooks’ team of the week is exceptional. Worth the license fee really. pic.twitter.com/LP7RPpPo