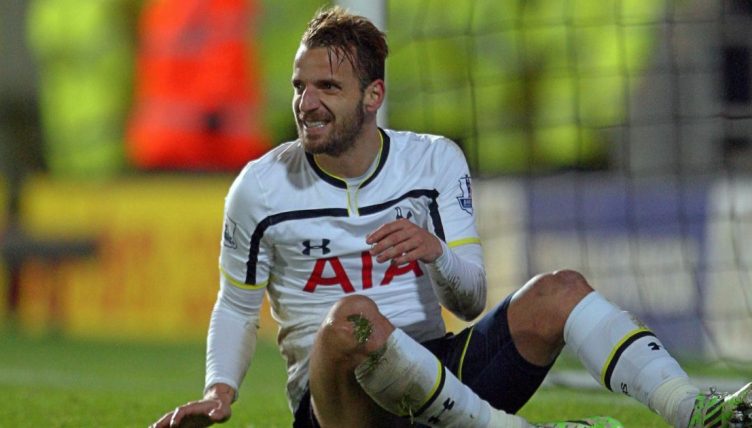 Tottenham have completed the loan signing of centre-back Clement Lenglet from Barcelona and he’ll be hoping to do better than many of the players Spurs have brought in from La Liga clubs in the past.

Lenglet has joined Spurs on a season-long deal, making him the club’s the 13th signing from La Liga in the Premier League era.

Looking back through those players, it’s fair to say they’ve had varied success. Some failed to make any impact at all, others failed to live up to the hype, while a couple went on to achieve cult hero status.

This looked a real coup when Spurs completed the deal in the summer of 2021.

A full Brazil international, Emerson had excelled for Real Betis for two seasons before Barcelona took the option to buy him that formed part of the deal that took him to Spain initially.

Owing to their financial woes, however, Barca were forced to sell immediately and Spurs got a cut-price £22.5million deal for the right-back.

Emerson struggled badly, however, putting in some dire performances at the start of the season and only starting to show a little form after the arrival of Antonio Conte.

Reports have emerged suggesting that Emerson may be moved on this summer – Atletico Madrid are apparently keen to sign him – with Djed Spence brought in as a replacement.

A supremely talented and quite old-fashioned, touchline-hugging winger, Gil joined Spurs from Sevillain the summer of 2021 but it felt like he was barely given a chance to impress.

After a January loan move to Valencia was confirmed, Conte was asked about the 21-year-old and said: “You can be good with quality. You can be a creative player, but at the same time you have to be strong physically. You have to run a lot, to be resilient.

“The impact of this league is not simple. It’s not simple. For this reason, the market, before signing a player, you have to check many aspects and not going on emotional things.”

We’re no futuroligists, but we reckon Gil’s chances at Spurs might be limited in 2022-23 as well.

The left-back was brought in from Real Madrid in the summer of 2020 for just shy of £30million, but while he was often impressive going forward in his first season, he left a lot to be desired at the back.

Under Antonio Conte, he fell out of favour and Ryan Sessegnonon moved ahead of him in the queue at left wing-back. With the arrival of Ivan Perisic this summer, it now seems that Reguilon is even further down the pecking order.

Like Emerson, his Spurs future now seems uncertain and Juventus are reportedly sniffing around.

In some matches Lo Celso looked like the perfect player for Spurs to build their midfield around, in others he watched the game pass him by completely.

Ultimately Spurs became fed up with that inconsistency and sent him to Villarreal on loan. The move saw the Argentine rediscover his best form and help the Yellow Submarine sink Bayern Munich to reach the Champions League semi-final.

Villarreal want to make his singing permanent and the Mirror has suggested that a swap deal is in the works that would see Pau Torres move to N17 in exchange for Lo Celso plus cash.

The former Espanyol goalkeeper is best known for his performances against city rivals Barcelona, as well as some of the most blatant shithousing from a goalkeeper since Jens Lehmann.

He joined Spurs on a season-long loan in the 2016-17 season but failed to make a single appearance, not even in the League Cup, as he sat behind Hugo Lloris and Michel Vorm.

Pau Lopez has got a bit of a mean streak. Just ask Messi. Would he fit in at the 'new' Spurs? #COYS pic.twitter.com/bUITOqoECl

The Belgian’s transfer from Atletico Madrid back in the summer of 2015 remains a contentious one for Southampton, who had an option to sign the centre-back permanently after an impressive loan spell at St Mary’s.

Despite the threat of legal action from Saints, Atletico cancelled the option and took Spurs’ higher offer, and he became an important servant for the north Londoners, forming a formidable partnership with his compatriot Jan Verthonghen at the back.

The Argentine centre-half had quite the reputation as a reliable performer when he made the switch from Sevilla to Tottenham, but one season, 20 appearances and more than a few comedy errors later he was shipped on.

It’s probably best for all concerned to forget about that period of his career.

Transfer genius Monchi, who had originally scouted Fazio as a teenager back in Argentina, sanctioned a deal to turn his loan at Roma into a permanent deal. His stock rose again in the Italian capital; he was particularly impressive during the club’s run to the Champions League semis in 2018.

Now aged 35, he moved to Salernitana in January 2022 and helped them miraculously avoid relegation by a single point.

You couldn’t help but feel sorry for Soldado at Spurs, where it felt like he couldn’t catch a break.

He was prolific at Valencia, scoring 81 goals in 141 appearances, yet he was anything but after his much-hyped move to Spurs in 2013. The Spaniard made 76 appearances in all competitions, netting just 16 goals. 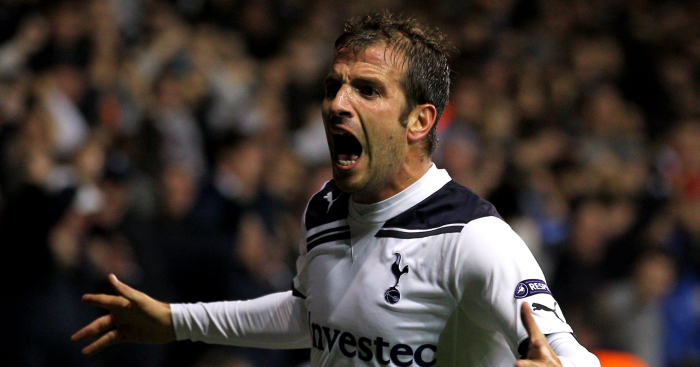 A lot like Gil, Dos Santos was also a highly-rated prospect before his arrival in north London, signing from Barcelona. The Mexican forward spent four years at Tottenham between 2008 and 2012, although that included being shipped out on loan to Ipswich, Galatasaray and Racing Santander.

If nothing else, not many players have that combination of clubs on their CV.

The back-up goalkeeper joined his compatriot Juande Ramos in 2008, arriving from Real Zaragoza.

His one and only appearance was as a late substitute for the injured Heurelho Gomes a 4-2 win over Liverpool in a League Cup quarter-final.

We have to jump back seven years for the last La Liga arrival before Sanchez. Kasey Keller was plying his trade with Rayo Vallecano before moving to Spurs at the end of his contract.

The man with one of the most American names of all time played every minute of the Premier League in both 2002-03 and 2003-04 but was demoted to back-up upon Paul Robinson’s arrival.

Arsene Wenger tried to take the midfielder to Arsenal in 1997, but the deal fell through and Saib had to settle for a move to Valencia instead.

A year later he became the first Algerian to play in the Premier League, moving to Spurs for £2.3million, although he ultimately underwhelmed, leaving for Al Nassr two years after his arrival.

Djed Spence next? Tottenham’s last 10 signings from the Football League