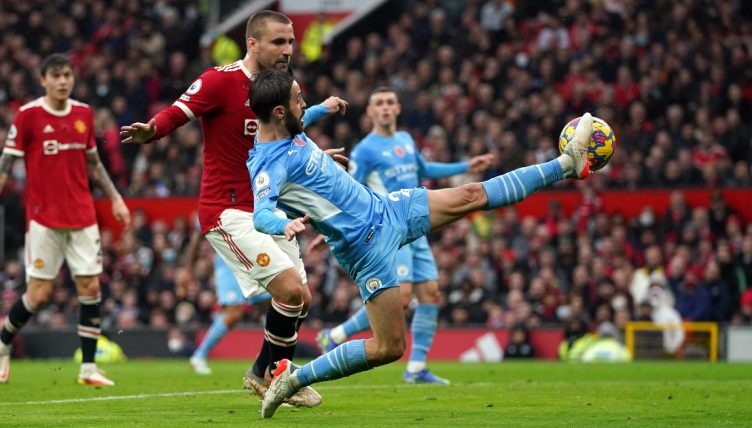 Manchester United‘s 2-0 home defeat to Manchester City wasn’t quite as dramatic or shocking as their 5-0 mauling at the hands of Liverpool a fortnight ago, but it was emphatic all the same.

The pressure continues to crank up on Ole Gunnar Solskjaer, with the club registering more defeats than wins than the marquee signing of returning hero Cristiano Ronaldo two months ago.

Solskjaer’s men fell six points behind City after the defeat and could well find themselves 11 points behind league leaders Chelsea if they win as expected against Burnley.

The scoreline was relatively routine for Pep Guardiola’s men, but the underlying statistics told the story of quite how dominant they were – a reminder of why they’re the reigning champions.

Here are 11 of the craziest and most impressive – or damning, depending on your viewpoint – stats and records following the result.

– Manchester United registered more shots on target against themselves (two) than they did at Manchester City’s goal.

– Manchester United managed just four touches in the opposition box. That’s their lowest tally in any game since Opta started recording the statistics in 2008.

– City completed 753 passes – the most any team has completed in a Premier League match against the Red Devils since Opta started recording pass stats in 2004.

🗣"It felt worst. United are so awful it's unbelievable."

– All 10 of City’s outfielders registered more touches than any United player.

– Joao Cancelo has four assists in the past week alone, plus the ball in that led to Eric Bailly’s own goal. That’s more than Jadon Sancho, Luke Shaw, Aaron Wan-Bissaka, Jesse Lingard and Mason Greenwood have all season combined.

– United have now failed to keep a clean sheet in their last 14 home matches in all competitions – their longest run since 1959.

Eric Bailly is the first Eric to score in a Manchester derby since Eric Cantona.