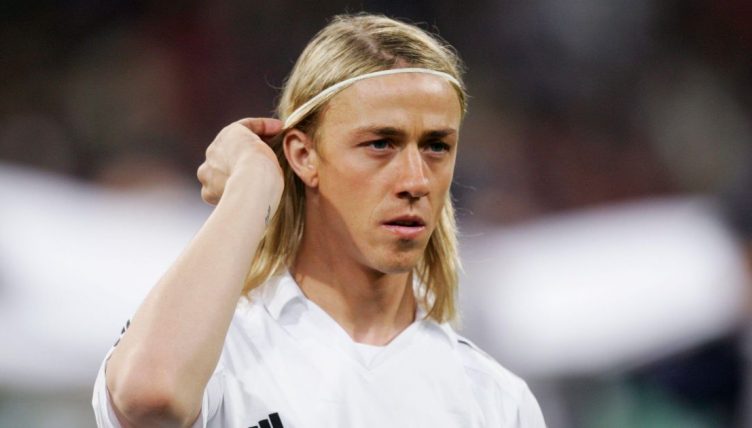 Guti spent 15 years as a Real Madrid player after graduating from their academy, winning five La Liga titles and three Champions Leagues. And during that time, he played some of the finest passes the Santiago Bernabeu has ever seen.

Guti was not always the first name on the teamsheet at Madrid and was not even universally popular among fans. He had a turbulent private life and was accused of lacking work rate and consistency by some of his managers.

But Guti was two things above all else: a die-hard Madridista and an absolute genius with the ball at his feet.

In 2016, he famously said: “I’d prefer 30 minutes at [Real] Madrid than 90 at another team.” That, of course, endeared him to anyone of a Merengue persuasion. If, indeed, they needed endearing.

For many – Madrid fans and neutrals alike – Guti had already won a permanent place in our hearts with the outrageous assists he conjured during his 15-year residency on one of the grandest stages of Spanish football.

Here, we’ve rounded up eight of his finest. Who needs consistency or work rate when you can produce moments like these?

This is Guti’s personal favourite and it’s so good we’ve given you two angles of it because it deserves to be watched twice over.

Zinedine Zidane scored a hat-trick that day. Unfortunately for Zizou, all anyone is ever going to care about is this backheel.

16 years ago this week, Guti took absolute liberties with this outrageous assist 🔥pic.twitter.com/XDBnqbd8HY

A last-minute winner from Raul here. A long shot as well.

Of course, Guti wasn’t going to let him have all the fun himself. He just had to steal the limelight by dribbling someone over a cliff.

Guti and Raul combine to score a brilliant goal for Real Madrid. pic.twitter.com/IDmZLTxzZn

We’d like to see Michael Owen do one more fake helicopter ride entirely so he can commentate on this goal from the air.

He wouldn’t talk about the assist that made it though would he? Just himself. Magnificent.

A Magic Run and Pass from Guti 🪄

Finished off by Michael Owenpic.twitter.com/xpXNZtZrty

Backheel assist is in Real Madrid DNA. Benzema learned it from the magician Guti. #HalaMadrid pic.twitter.com/5VUH6pnAjK

Remember what Guti said about playing 30 minutes for Madrid? Well, this is exactly what he was talking about.

Fifty-ninth minute, Real Madrid 1-0 down at home to Sevilla. Raul off, Guti on. Half an hour later, Madrid win 3-2.

Why? Because Guti used his thirty minutes to provide two absolutely sordid assists – the first for Ruud van Nistelrooy, the second for Robinho. Man of the match and Guti hardly broke a sweat.

While we wait for Carlo, let’s enjoy this #Guti masterclass against Sevilla. pic.twitter.com/nIDpWshDze

This is pure early noughties football syrup. Guti’s assist for OG Ronaldo at Old Trafford in the 2002-03 Champions League.

The Brazilian striker got a standing ovation from the home crowd for his hat-trick. We think Guti deserved one for this ball.

Guti x Cristiano Ronaldo feels like something out of a simulation, but it’s testament to the longevity of both of their careers that it ever happened.

I mean just look how casually Guti hits this in his stride. Sumptuous.

TRY A QUIZ: Can you name the 25 players Real Madrid have signed from the Prem?