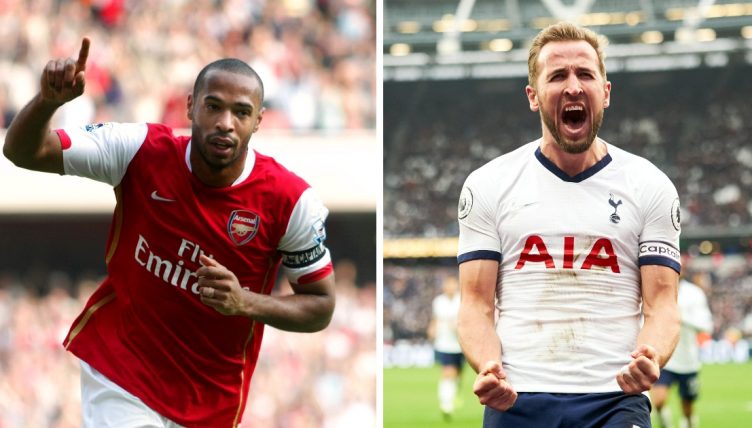 Tottenham striker Harry Kane has moved ahead of Arsenal legend Thierry Henry in the all-time Premier League goalscoring charts. But how do their overall records compare?

Kane scored a brace in Spurs’ 5-0 victory over Everton to keep the pressure on the Gunners in this year’s race for the top four. In the process, he matched and then surpassed Henry’s Premier League record.

Still just 28, there’s every chance that he becomes the competition’s all-time top scorer by the time he hangs up his boots – an ambition he’s spoken about before.

“Thierry was one of the greatest strikers we have seen, so nice to go above him in the scorers list and hopefully they keep coming,” Kane told Sky Sports.

“I feel like I’ve got plenty of years left in me, hopefully I can keep ticking off those names and helping the team with my goals.”

But has Kane reached his tally in better time? And how do their goals per game records compare?

We’ve taken a look at their stats in detail to see how the two north London greats compare, looking at their goals and assists in the Premier League as well as all competitions.