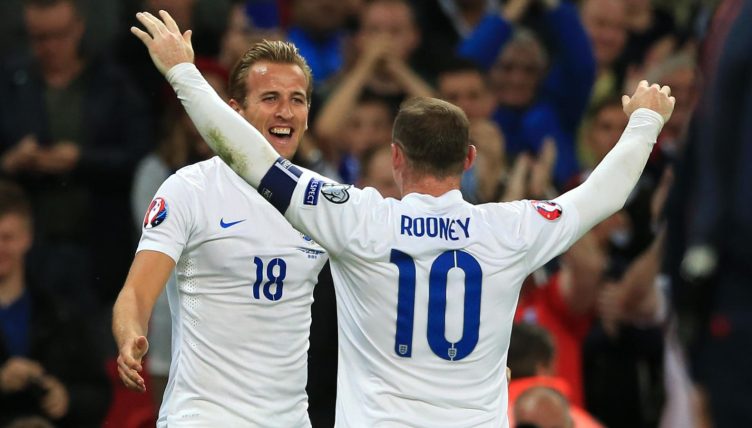 Harry Kane appears destined to surpass Wayne Rooney as England’s all-time top scorer. He might even do it at the 2022 World Cup in Qatar.

At this point, it’s more of a question of when rather than if the Tottenham striker will surpass the Manchester United icon in the annals of Three Lions history.

Kane, 29, has plenty of years left in him at the top level – and he’s just two goals away from surpassing Rooney’s record.

It’s incredible to think that Kane is yet to lift a major trophy, given his historic goalscoring record.

He’s made no secret of his desire to write his name into the history books, speaking about breaking Alan Shearer’s Premier League record as well as Rooney’s for England.

“I want to play as many games as possible. I’ll be ready whenever I’m needed,” Kane said in a press conference in May.

“I would love to break that record. Hopefully, with the games we have this year, that will be possible. I am in a really good place at the moment.”

But how does Kane’s overall England record compare to Rooney’s? We’ve compared their records in terms of goals and assists and compared them in terms of games and minutes played, penalties, friendlies, major tournaments and more.

Here’s how the raw numbers stack up.

READ NEXT: 11 players who rejected England to play for other nations: Haaland…