‘He can be anything’: What’s been said about Liverpool’s six starlets vs Arsenal 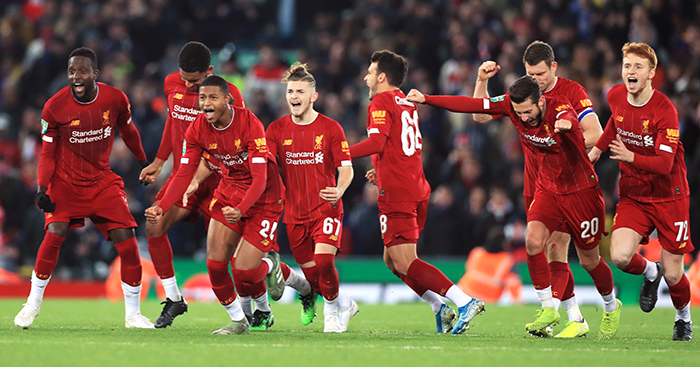 Liverpool‘s penalty shootout victory over Arsenal after a 5-5 draw at Anfield is an early contender for game of the season – and a number of exciting Reds prospects grasped their chance to shine on the big stage.

Goalkeeper Caoimhin Kelleher saved the decisive penalty from Dani Ceballos to allow Curtis Jones to step up and score the winning spot-kick, while Sepp van den Berg, Neco Williams, Harvey Elliot and Rhian Brewster all played their part in a crazy night on Merseyside.

We’ve taken a look at what has been said about the six starlets by those who have worked closest with them.

Pepijn Lijnders, Jurgen Klopp’s assistant: “For his age as a goalkeeper, he is very stable. That’s what we like about him. We see a good future for him and want to give him his opportunity and you need these opportunities to grow.”

Jurgen Klopp: “He is an outstanding talent. Outstanding. [He is] very cool with the ball, you saw that in pre-season when he played in front of 100,000 people, that he wasn’t bothered about that which is a very important skill to have.

“For most of his youth he was an outfield player, he has fantastic reactions. If nothing serious happens, he will have a really fantastic future. I don’t know how many really good goalkeepers that Ireland have, but one more is never a big problem. I like him a lot and he will be in our squad.”

John Achterberg, Liverpool goalkeeping coach, via the Liverpool Echo: “He reads the game and plays well with his feet for Liverpool, but his shot-stopping and his reactions are massive for any club, I would say.

“This is where he is good and it is what he showed against MK Dons. He can keep making the next steps and how far he goes is how he can producing these displays on the field because that is where you are going to be assessed.

“In my opinion, he can be anything. It depends how he develops.”

Former team-mate Dirk Marcellis: “What I have known is a smart player, who knows how to read situations in advance, as well as being very fast. He is an already reliable defender, with great consistency of performance.”

Matthijs de Ligt: “I think Sepp is a great talent and I hope he continues to grow.

“The advice I can give him is to keep his feet on the ground and surround himself with the right people.”

Jurgen Klopp: “He’s a nice fella and a good footballer, but we knew that before, which is why we signed him. But I’d only seen videos of him so it surprised me when he stood in front of me and was taller than me – that doesn’t happen too often in my life. Especially when they are 17 years old and still growing!

“He’s a wonderful boy and he decided to join us, which is good. It’s not a long-term project where the boy has to think he has to wait five years to play for us, but it’s not for this moment.

“With Sepp, he’s just an outstanding talent. He has to adjust to a proper physical pre-season, which is hard for him so we help him and do the right things for his development.”

Liverpool Under-23s boss Neil Critchley, via Goal: “If he gets his opportunity, it’ll be deserved and hopefully he does himself justice.

“Neco has been in and around the Under-23s last season, and he’s definitely improved his game

“I don’t worry about his temperament, he’s been a consistent performer for us for a season-and-a-bit and he’s gone up to Melwood and the first-team staff have been really pleased with him. He’s trained there and he’s stayed there, so that can only be a good thing.”

Steven Gerrard: “I was excited about him last season when I shadowed Neil Critchley. He was giving a couple of years away in that team.”

Jurgen Klopp, via Liverpool’s official website: “He is an exceptionally good boy and player, and I am really excited about the future, but there is not pressure at all on him.

“The big guns are not in and we are all focused and the boys and stuff like that, but don’t put pressure on him. I think he can deal with it because he is a really confident boy, but to be a real Premier League striker you have to miss a chance in front of 50,000, hear the noise, feeling the importance and then if you go again, you have a good chance to be a really big gun.”

Dan Seymour, Shield academy coach, via BBC Sport: “He has natural flair and is very talented in many, many ways. He looked like a footballer at seven – the way he stood and moved. He was fearless and was delighted to take players on.

“He’s also a very well mannered young man and comes from a humble family. I’ve yet to see another player as good as him in all the time I’ve been at the academy.”

Steven Gerrard, via the Liverpool Echo: “Everyone has seen it all over the world that Rhian is capable of scoring goals. You have to enjoy the plaudits but not get too high and not start believing in all the hype. You have to keep showing everyone what you are about.

“In football, people forget pretty quickly, both the good and the bad. You are only as good as your last game. We all know he has got the talent and the ability.

“If Rhian wants to go far and stay at the top, if he can put in that work rate and relentless running, that’s how he’s going to get the better of most defenders.” 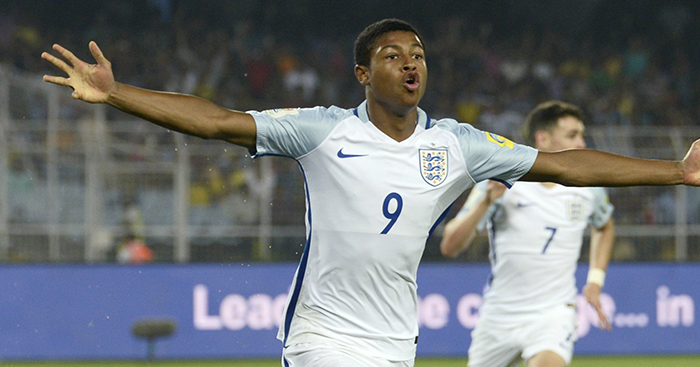 James Milner, via Sky Sports: “I’ve seen a massive difference in Curtis in the last year. He’s always had that ability but seems a bit more mature now; [he’s] defending well, getting his angles right when he’s defending.

“I think he’s realised as well that if you want to play for Liverpool, that’s as important as the stuff on the ball. Not only that, he’s got so much ability and skills and tricks, and it’s about using them in the right area.”

Barry Lewtas, Liverpool academy coach, via the Liverpool Echo: “Curtis was captain in Naples and I was impressed by how mature and responsible he was, not just on the pitch but around the place. He was a leader when we were there.

“If the senior professionals, like Milner, have noticed a change, then that’s really good. That’s part of growing up.

“His form for Critch [under-23s boss Neil Critchley] has been a positive. The standard of players, especially the attacking ones at Melwood, surely has to serve as motivation, not just for Curtis but for all the youngsters.

“We are in a fortunate position where the group is so close-knit. Curtis plays for the first team, gets man of the match, then a few days later scores twice for the U23s.”

Jurgen Klopp, via Liverpool’s official website: “Curtis is a proper Scouser – I don’t know if I have the right words, but he is not shy to say a few things and probably that’s a surprise for one or two players! It’s easy, he accepts the rules of the group, there is no doubt about that.

“Football-wise he of course stepped up, that’s how it is. He is a tall boy but still very mobile, good at dribbling and stuff like that, but now we need to make sure he finds the right moment to pass the ball – and dribbling is not for dribbling, it’s to change the situation in a better way and then to pass the ball.

“But it’s easier to train that than to show somebody how to dribble, which is quite natural. It’s cool. Physical-wise [he is good] and has talent as well, but there is a long way to go.”

Jurgen Klopp: “It’s easy to be convinced about him when you see him training. He is an exceptional talent really and is a nice kid as well. To see him encourage the crowd around the corners…I had a couple of moments where I was really touched.

“I was already in the dressing room [after the game] and I saw in the television screen he was still doing his lap of honour and pretty much giving everything away, it was too nice!

“Harvey played really well. Not like you would expect from a 16-year-old.”

Scott Parker: “He is a technically gifted football player,” Parker said. “A special talent. He has got a naturalness about him, an ease. He is very clean with the ball, can handle the ball very well for someone so young.

“Harvey has played all his career with kids his own age and now is probably the first time he is playing against men. Often you find that transition is very difficult for young players.

“But with him you wouldn’t know and that’s probably the sign of a top player or someone who has the ability to be a top player because the transition he has made has been very smooth.”