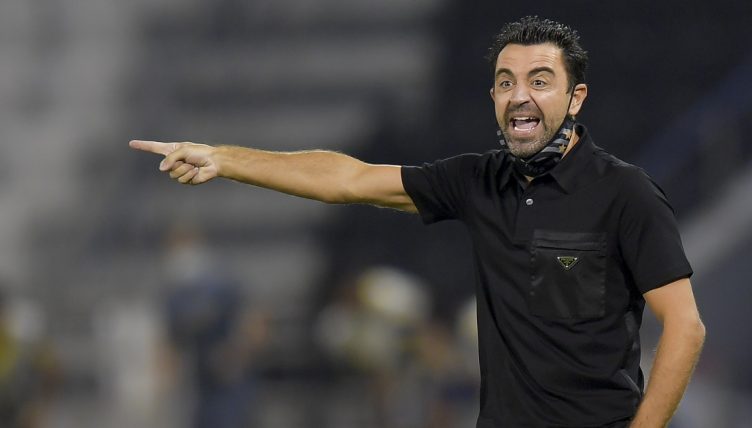 Xavi Hernandez was one of the greatest footballers of his generation, winning every trophy available to him while acting as the heartbeat of an iconic Barcelona side.

After impressing as manager of Qatari side Al Sadd, it’s no surprise that Xavi has been linked with a return to Camp Nou as manager. The 41-year-old turned down the chance to manage his former club in January 2020 but speculation persists that he’ll manage the club sooner rather than later.

We’ve collected seven quotes from football figures who believe Xavi is ready to take over the managerial reins at his old side.

Xavi and Guardiola share countless similarities, from their success as midfield generals to their philosophies as coaches. So it hardly comes as a shock to see Pep endorsing the managerial credentials of his successor in Barca’s midfield.

“Xavi was already a manager when he played. His eyes sparkled watching football. He will be a manager for sure,” Guardiola told Catalunya Radio in October 2019.

“There are people who play and you would never say they will be managers. This is not the case. Xavi could be a manager wherever he likes, not just at Barcelona. You have to give him time. Sooner or later, he will manage Barcelona.

“He’s still young, he knows football, he watches it, he has passion, dedication, he is brave and bold and he says things clearly too. It would excite me to see him manage Barcelona. On top of everything, he likes to manage and he focuses on everything.”

Del Bosque oversaw two-thirds of Spain’s unprecedented trophy haul between 2008 and 2012, with Xavi setting the standard in a team that rarely coughed up possession.

When asked by 90min in July 2020 whether Xavi would make it as Barca boss, Del Bosque replied: “Of course he can be [Barcelona manager]. In all our time as players, some demonstrate a desire to become a coach and he is one.

“The time will come when he will be the ideal man for Barcelona, I have no doubt that he will be and hopefully he will do very well.

“For the Spanish team he has been a hero and also marked the team’s style of play. If you have done it from the inside, you can also do it from the outside. The time will come when he will be the ideal man for Barcelona, I have no doubt that he will be and hopefully he will do very well.”

As co-partner in one of football’s all-time great midfields, Iniesta has more insight than most about Xavi’s footballing intelligence.

He also has insight into Xavi’s chances of managing Barcelona. Taking time out from playing in Japan for Vissel Kobe, Iniesta told Qatari TV: “This depends on Xavi and Barcelona, ​​one day Xavi and Barcelona will meet, I don’t know when, but I have faith that this will happen.

“Xavi has the potential required to do it with Barca. I hope that everything improves and that the stability of the club recovers with the next elections because things are not going well at the moment.”

“When Xavi retired he did the course, he started to like it and then he decided,” Cazorla told Spanish radio station RAC1 in February 2021.

“He’s been an example for me in that regard, the fact he waited to decide. Once I retire I want to have the same values. He’s perfectly qualified to be a coach. You could say he could coach Barcelona tomorrow.

Al Sadd, currently managed by Xavi, score a team goal Barcelona would be proud of 👏 pic.twitter.com/xonRcMcxL6

Despite turning down the opportunity to manage his club last year, Xavi remains prominent in the thoughts of Barcelona board members.

“Xavi will be the manager of Barca one day, I have no doubt about that, ” former Barcelona president Bartomeu told Sport in January 2020.

“He is very competent, he is someone with an enormous drive and who knows our football perfectly.”

Bartomeu’s removal as president, and subsequent arrest, made the presidential elections more interesting than usual.

While most candidates claimed they would stop at nothing at keeping Lionel Messi at the club, some spoke about Xavi’s managerial credentials.

“We decided some years ago the best person to help us build our organisation is Xavi,” Candidate Victor Font told Reuters.

“Ideally we can have Xavi as a general manager for many years like Alex Ferguson was at Manchester United. But if he needs to play a different role, he can be flexible. Few people have the leadership qualities he has.”

Font went onto say: “Xavi, who has seen how young players can unleash their potential, is uniquely positioned to ensure we bet on young talent and convince those youngsters they’ll have enough chances to succeed if they stay at our club.

“Big sporting decisions need to be in the hands of professionals who know the most about the sport.

Xavi himself has spoken about his future relationship with Barcelona on many occasions.

“Everyone sees me as Barcelona coach,” Xavi told FIFA’s official website after Barca were eliminated from the Champions League by PSG.

“I respect Barça a lot, and Koeman, the current coach. I don’t want to hide that I would like to coach Barcelona, ​​but always respecting the current coach and the club, that is in full competition, and I wish them the best.

“Elections will be held, so let’s see who wins and what the future brings. But of course, it would be a dream to manage Barca.”

17 of the best quotes about Xavi the player: ‘There will be a Before Xavi and an After Xavi’