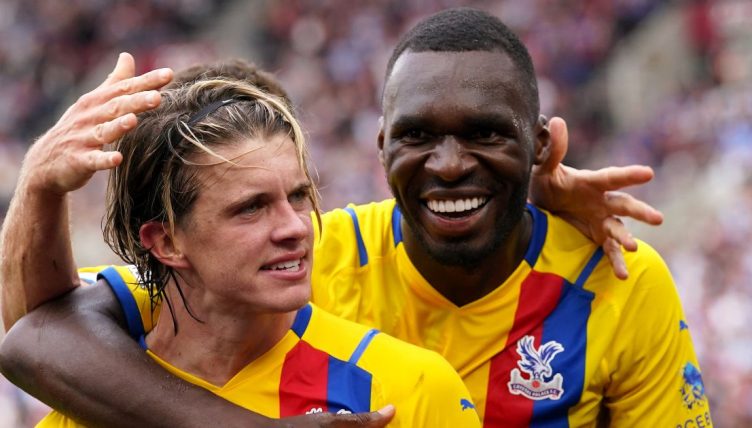 Gallagher came through the academy at Chelsea and has already enjoyed loan spells at Charlton Athletic, Swansea City and West Brom.

The 21-year-old joined Palace ahead of 2021-22 and has made a brilliant first impression, scoring their first goals of the season in the draw with West Ham.

“He has got the ability to remain calm inside the box,” Palace boss Patrick Vieira said after the game. “He is a really good finisher, has got a lot of energy and works really hard for the team. When he is in that kind of situation he will score goals for us.”

As well as scoring a brace at the London Stadium, he also had a 96% pass accuracy, created one big chance and completed two successful dribbles.

We’ve rounded up a number of tweets from Palace and Chelsea fans that were impressed by his display.

It’s taken me four games to fall in love with a loanee from Chelsea.

I swore I wouldn’t do it again after Ruben Loftus-Cheek but Conor Gallagher has made it impossible. The beautiful little bastard. pic.twitter.com/EgE9aZXkTj

So Conor Gallagher gets the first goal of the Patrick Vieira reign. Seems apt as he's been Palace's best player this season so far. pic.twitter.com/2l9Q70TMWF

I can't remember the last time one of our players put in an actual 10/10 performance, but I think Conor Gallagher has a very strong case for one today.#CPFC

Conor Gallagher is going to be Palace's best player this season. #CPFC

Great point against an excellent West Ham side. First goals of the Vieira era. Conor Gallagher is a star. After the international break, we'll have Luka, Hughes and Olise to bolster the squad. Onwards and upwards. #CPFC ❤💙 pic.twitter.com/9ZE44nzVZ2

I have no voice and I FUCKING LOVE CONOR GALLAGHER#CPFC pic.twitter.com/TUrkBYk9X2

The more I think about it, I think we should waste no time in signing Conor Gallagher on a permanent before THIS window closes, let's do this, chop chop…… #CPFC

Ready to have Ruben Loftus-Cheek syndrome all over again with Conor Gallagher.

What an absolutely outstanding footballer, Chelsea’s Academy is a joke #CPFC

Conor Gallagher is something else man! Does a Cruyff turn in a crowded box to score his second goal of the night! What a player 👏🏼

This is Conor Gallagher’s world and we’re just living in it. pic.twitter.com/GJ5Jh9xQcR

#Conor Gallagher doing the most for palace. Cobham proving to be world-class academy day by day. #COYB