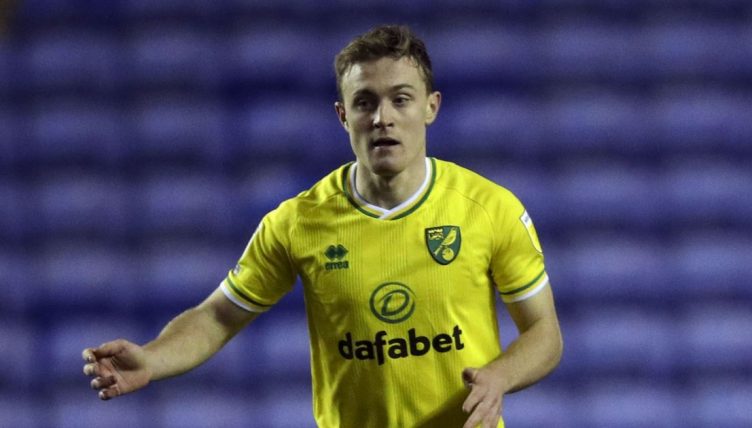 Tottenham loanee Oliver Skipp continued his incredible form for Norwich City with a Man of the Match display in their 4-1 win against Stoke City.

Skipp, who joined the Canaries on a season-long loan to gain more first-team experience, has started all of their 29 league games so far this season.

The midfielder has been one of their standout performers, helping Daniel Farke’s side go top of the Championship as they look to get back into the Premier League.

“It’s been perfect,” Skipp told Standard Sport in January. “Whilst playing for Tottenham for 10 or 15 minutes off the bench was a dream, this year’s been brilliant for my development. You can do all the training in the world around the first team but nothing replaces playing week in, week out.

“Physically we can all cope with playing every three days but mentally putting one game aside and moving on to the next one, keeping going and going, that’s been the most challenging thing.

“You don’t appreciate it until you do it. That’s the biggest thing I’ve learned.”

He produced another impressive performance against Stoke City before being substituted in the 81st minute due to concussion.

The England Under-21 international completed 43 of his 50 attempted passes (a success rate of 86%) and also won nine of his 11 duels.

We’ve rounded up a number of tweets from Norwich fans that were impressed by his display.

Oliver Skipp is on a different level today and has been all season, #thfc fans you've got a serious player on your hands🔥 #ncfc

It's been a real joy watching Oliver Skipp develop his game here, he's become such a pivotal player for us and has taken the quality of that CDM role up to a different level. Any chance we can have him next season #thfc fans😉 #ncfc pic.twitter.com/H2AtqjuWVd

Skipp is going to be a world class midfielder for Tottenham👍🏼

Think of the number of standing ovations Oliver Skipp is missing out on this season. What a player. #ncfc

Hopefully Skipp is good to go on Wednesday. He was outstanding yet again.

Ollie Skipp consistently being brilliant. His presence in the team make a huge difference. Helps the defence and attack together, controls the midfield, hasn’t had a bad game the whole season. Spurs fans you’ve got yourselves a wonderkid 🙌🏻 #thfc #ncfc #TottenhamHotspur #spurs pic.twitter.com/55ijY1wJJE

For any #thfc fans wanting to know what Oliver Skipp does this summarises it perfectly, wins the ball back and looks to drive forward at pace and the second challenge just doesn't give up whilst the balls in play💪 #ncfc pic.twitter.com/5kBU1OLsdw

I've said it before and I'll say it again.
Spurs have some player in Skipp and if we get up, it would be great to have him for a Prem season.
Going to be sorely missed when he does leave.#THFC #NCFC 💚💛

Lots of great performances in that first half, but special recognition has to go to Oliver Skipp. Classy, intelligent and puts 110% in! #NCFC #THFC have a real talent on their hands… https://t.co/USIEdXC6HH

Skipp really is a fantastic player isn’t he?! #ncfc #otbc