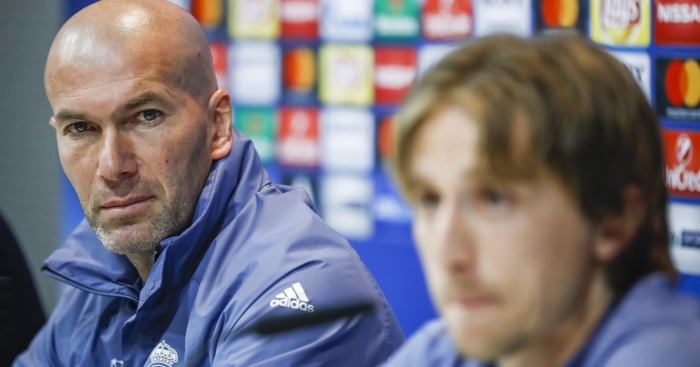 Just one week after watching Real Madrid suffer elimination from the Champions League, Zinedine Zidane has made a sensational return to the Spanish club.

Zidane, who won three successive European titles during his time in charge, remained popular with plenty of squad members even after stepping down following the 2018 victory over Liverpool.

Now, as he returns in place of Santi Solari, we’ve taken a look at what some of his current and former players have said about the Frenchman.

Real Madrid captain Ramos has been one of his manager’s biggest supporters, and it all goes back to the Frenchman’s first season in charge.

Zidane took over from Rafa Benitez in the middle of the 2015-16 season, going on to win the Champions League, and Ramos would detail the difference between the pair in that first few months.

“The great relationship he had with the team turned into a friendship and made things easier,” he told BeinSports, adding: “That was missing with Benitez.”

Another member of that imperious back four which kept five clean sheets in seven knockout games on their way to the 2015-16 Champions League title, Marcelo has spoken about leaving nothing on the line for his manager.

“We had a wonderful relationship as we talked every day; he was interested in me and he defended me,” the Brazilian, who was among the scorers in that penalty shoot-out victory over Atlético Madrid, told Marca.

“Zizou was very good to me as he was a professional, and I did everything for him; I ran, I fought, I played injured. Practically, I gave everything for Zidane.”

Not everyone was delighted with the boss, though, and news of Zidane’s return was seen as bad news for Gareth Bale. The Welshman complained about his lack of playing time after making the difference in the 2018 Champions League final and has since revealed the pair haven’t exactly been close since that day.

“He didn’t talk to me about [leaving] – I still haven’t spoken to him since,” Bale told FourFourTwo in 2019.

“Our relationship was good. I wouldn’t say we were best mates, it was just a normal professional relationship.”

In normal circumstances this might not be much to write home about, but the friendship Zidane has seemed to develop with other squad members might be enough to raise questions about Bale keeping things purely professional.

It’s not just the players still at the club who have had words of praise for Zizou. This season’s struggles can be put down in part to Cristiano Ronaldo’s departure for Juventus, and the Portuguese was able to keep delivering the goods well into his 30s under Zidane.

Was Ronaldo always likely to respond better to a coach who had done it all as a player, rather than someone like Rafa Benitez? Quite possibly, if his comments to Marca are to be believed.

“Zidane was a former player and knows the club well,” Ronaldo said.

“Being an ex-player has its advantages, and Zizou is calm, very professional, and listens.” 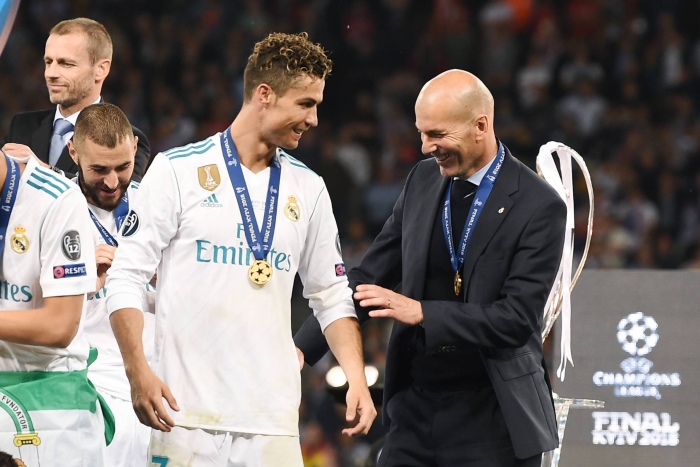 Few players had their fortunes changed by Zidane as much as Keylor Navas, even if the Costa Rican could also be thankful for the fax machine issues which prevented David De Gea from moving to Madrid.

The goalkeeper played in all three European victories under Zidane, and his comments to Marca shortly after the manager’s departure suggest he’ll be happy to see his former boss back at the Bernabéu.

“I will always be grateful to Zidane. In every moment he was with me, in the good times we enjoyed together, he gave me advice and he always welcomed me with a smile,” Navas said.

“I think that all this is something which gives you confidence to improve and I think that now what’s left is these memories.”

Every member of Zidane’s preferred midfield three has fond memories of the manager, and this makes sense given that they will have grown up watching the Frenchman play in the middle of the park for the club back in the early 2000s.

Kroos had already won one Champions League title by the time Zidane arrived in Madrid, having been part of Bayern Munich’s victorious 2013 squad, but he added three more under a man with whom he got on very well.

“I love working with him because we have a very good relationship, “ Kroos told UEFA.

“We think the same way about the style of play, and he also gives me the feeling of being important.”

Under Zidane’s tutelage, Modrić has gone from one of the best midfielders in the world to the best, breaking up the Ronaldo-Messi duopoly to win the Ballon d’Or.

There is perhaps no greater praise you can level towards Zidane than crediting him with the Croatian’s development, and it turns out we don’t have to give him that credit – Modrić has already done so himself.

“When Zidane became Madrid coach in January 2016, he called me to his office one day after training and told me how he saw me as a player and what he expected of me,” the former Tottenham midfielder recalled in 2018.

“He told me that I was an important player for him and, above all, that he saw me as a player who could win the Ballon d’Or.

“When someone like Zidane, with all of his personality and history, tells you that, it boosts your confidence.

“I admired him and respected him enormously as a player, he saw me as someone like himself, quiet and a bit shy, he expected me to express myself more on the pitch, to open up.

“He needed me to be a key part of the team in an era when we were truly playing well. Those words from Zidane helped me to go further in my play.”

Luka Modric: “When Zidane became Madrid coach in January 2016, he called me to his office after training & told me how he saw me as a player & what he expected. He told me I was an important player for him and, above all, that he saw me as a player who could win the Ballon d'Or.” pic.twitter.com/BscCBTvq9G

Casemiro might not have been a lock for that third midfield place, but these days it’s hard to think of anyone else who could sit alongside Kroos and Modrić. As ever, we have one man to thank for this.

“When he was Ancelotti’s assistant he was very good to me. One of the most important things in my first year here was how close and friendly Zidane was. It is not easy to come here, not play much, then go out and play a good game.