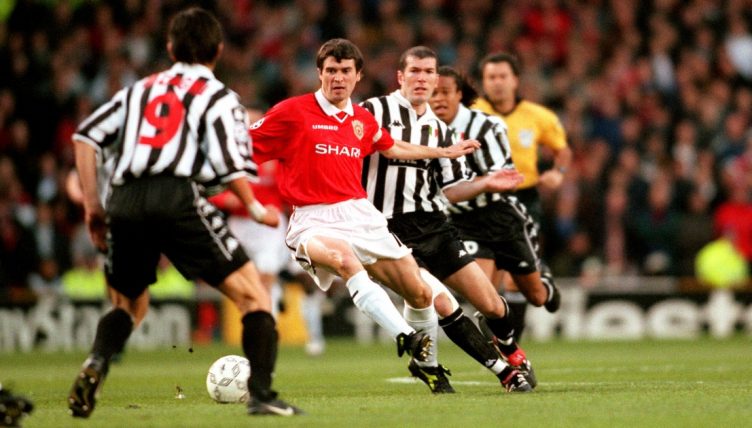 Roy Keane won seven Premier League titles, four FA Cups and a Champions League trophy with Manchester United – not to mention the respect of virtually everyone he faced.

Undoubtedly one of the best midfielders of his generation, Keane is just as well known for his antics off the pitch as he is his brilliant performances on it.

Here are some of the best quotes from those who knew him best. It’s always entertaining when Roy is around…

On Keane’s display in the Champions League semi-final against Juventus in 1999: “It was the most emphatic display of selflessness I have seen on a football field.

“Pounding over every blade of grass, competing as if he would rather die of exhaustion than lose, he inspired all around him. I felt it was an honour to be associated with such a player.”

One of Roy Keane's finest ever performances. Manchester United vs Juventus, 1999. pic.twitter.com/jaGT2T7G1i

“You never felt you were beaten when Keaney was in your team. He never threw in the towel. I don’t think any of the rest of us were less determined to win than Keaney, but what makes him different is the way he gets it across, his anger if you like.

“More than any other player I’ve seen, he affects players around him.”

“What I like about him is the fact that he wouldn’t talk; he’d take the kick, he wouldn’t say anything, then, on the next one, he’d give it to you and he would expect, of course, that you say nothing.

“He’s not the kind of player who talks a lot. So he’ll take the kick, he will give back, but I like him – he’s quite fair.”

“I only ever hit Roy the once. He got up so I couldn’t have hit him very hard.”

Following the infamous Saipan incident: “As he waded in with one expletive after another I asked myself, ‘Was this my captain? Was this the man who could serve Ireland as a role model for our children?’ The answer was no.”

“Roy was unbelievable to play alongside and someone you could always trust. I soon learned that if you weren’t on your game he would be on top of you to make sure you were playing your part for the team.

“I had a few bollockings from him, but that made you work harder to avoid them. He was a great leader and captain: he drove us on and he was our manager on the pitch.”

“I remember my first training session: I got the ball from the keeper, I passed it to Gary Neville at right-back and Keane just exploded, saying: ‘You passed it sideways, that’s the easy pass! You’re not at Leeds or West Ham now!’

“At the time I thought: ‘What’s he talking about?’ Then when I got home, I sat and thought about it and thought: ‘Yeah, you’ve got to try and affect the game.'”

“For a complete player, without a doubt Keano. Apart from the bad side he had, he was the complete midfield player for me.

“He was an inspiration, a leader, could score you vital goals, he could tackle when he had to, he would be naughty when he had to but playing alongside him for three or four seasons helped him improve my game a lot.”

“Every team needs a player like Keane, someone who can control the game and dominate the tempo. Tactically and positionally he always got it right and is very good in one-on-one duels.”

“Box to box, probably the best midfield player in terms of being an engine for the team that I’ve played with. He never really had bad games, (and) was a good leader in midfield.”

“I only played with him for two seasons at the end of my career, and he had some injuries, but I saw more than enough to appreciate his brilliance.

“He is one of the best players I have ever seen. Not only that, but he could motivate players too. He was the boss too. He is also a good man.”

“He was a great influence, really. If Roy had a go at you, he did it because he cared. He was the best captain you could wish for.

“He would tear you to shreds on the pitch if you gave away the ball, ‘Get your effing touch right, effing this, effing that,’ but as soon as you got into the dressing room, it was over.

“He was a winner. I’ve met dedicated professionals, but he had something else.”

“He was the best in midfield; he could play everywhere. He could play the holding role and be defensive, but then he could suddenly burst forward and score goals.

“He was so intelligent in how he played the game and let me tell you, it felt good to have him behind me for four seasons. He’d win the ball and then give it to me. And what a character!”

“He doesn’t know this, but everybody (in the Manchester United squad when Keane joined) was buzzing to have him there.

“If I could pick one player in my team, I would always pick Roy Keane, in front of any other players I’ve played with.

“Keano had everything; he was a leader, a great player, and probably the best I ever played with.”

READ MORE: Nine times Roy Keane has been utterly terrifying even since retiring

TRY A QUIZ: Can you name all 18 players to score for Man Utd on their PL debut?