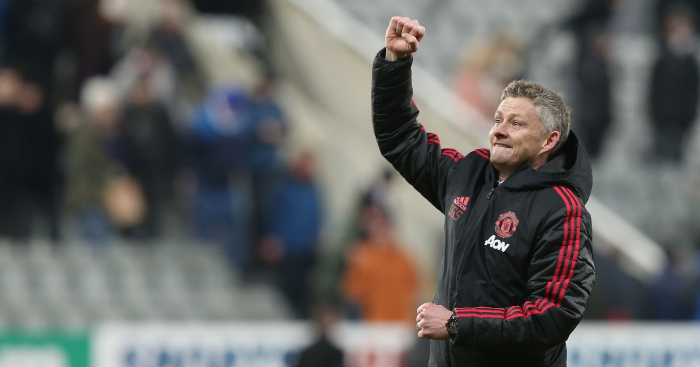 Ole Gunnar Solskjaer has made an instant impact as Manchester United manager – and the former Red Devils’ hitman has earned plenty of praise from his new players.

Solskjaer was appointed interim manager following the sacking of Jose Mourinho and has done his chance of landing the job permanently no harm by becoming just the second United boss to win his first four games in charge.

We’ve rounded up what seven members of United’s squad have said about their new gaffer.

Pogba endured a fractious relationship with Mourinho but has been one of United’s biggest improvers since Solskjaer has taken charge.

“Maybe we have relaxed, realised we are Manchester United and to keep up you need to be on the top of the league,” he told Sky Sports.

“It’s the reaction of the players, everybody is enjoying themselves and that’s what we need. The team need to enjoy their football, work for each other and that’s it. That’s the result on the pitch.”

He added: “It’s different. We won games with the old manager, so it’s just a different style of playing. We’re more offensive, we create more chances, but we try to play like that.

“It’s how we want to play, we want to attack. The manager wants to attack and that’s what we are doing.”

Lingard knows Solskjaer better than most of United’s squad, having played under the Norwegian alongside Pogba in the reserves as a youngster.

“I can definitely, definitely, see the Paul I used to know,” Lingard said after the victories over Cardiff and Huddersfield. “I have seen him playing through the ranks and he is back to that player, the player we know.

“Paul’s enjoying his football. He’s playing in the role he likes to play in just inside, off the left. He has the freedom to make things happen. He has always got forward in that position and scored goals.

“Ole has helped him 100%. He has given him the confidence and licence to be free, to play his game and do what we know he can.”

And Lingard went on to speak about United’s new mentality under Solskjaer.

“When we score one goal we want more. We want to play with a lot of energy and attacking football. Early goals are important because then the confidence flows and we have the mentality to go on and beat teams four- or five-nil.”

He added: “We’ve had the right mentality, killing teams. That mentality is very important. Ole has told us to start quickly, press teams and make sure we’re on the front foot and make sure that the first 15-20 minutes can decide the game.”

“Ole’s great one-on-one with players. It’s great man-management. He will always speak to you and tell you what to do.

“He knows what kind of a player I am. When I am on the right wing he likes me to come inside and make things happen. He gives me licence and freedom to do that.

“He’s very special. He knows where Man United has to be and that is at the very top.” 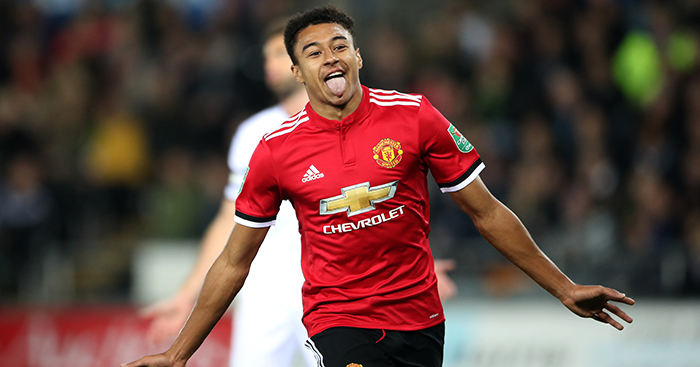 READ: A celebration of Jesse Lingard the character, a young man enjoying his life

Solskjaer has spoken about his plans to help improve Rashford’s finishing – an area Mourinho suggested could not be worked on but was instead down to natural talent – and the England youngster has already bagged three goals in four games.

“I think working on composure is key,” Rashford told Sky Sports after scoring in the 2-0 win at Newcastle.

“We haven’t had the chance to work on it properly yet, but just having those words around you it makes a difference and I want to improve and keep learning.”

Lukaku was said to be one of Mourinho’s loyalists, but even the Belgian striker had reportedly “given up on him” prior to the Portuguese’s sacking.

After returning to fitness, the former Everton man has now scored in both his appearances off the bench under Solskjaer, and says United now have a new approach to games.

“Totally different,” he told Sky Sports. “I think Marcus and Anthony and I are learning a lot from him especially on the offensive side and he just tries to help us to make us better and win games and so far so good.”

Shaw had a difficult relationship with Mourinho at the start of his Manchester United career but had appeared to win over the manager this season before his sacking – although the left-back seems to have been given more of a licence to get forward under Solskjaer.

“Ole has a completely different style to his way and we are adapting to that and enjoying it and that’s the main thing,” he told Sky Sports.

“There’s a great buzz around the place with Ole coming back in, there’s a lot of good things to look forward to.

“Ole is a really positive and friendly guy and knows this club really well as he was here for many years and he knows what the club needs. He is here for six months and it’s a massive thing for him to do an amazing job and that would be great for him.

“We all back him and want the best for him as much as he wants the best for us. We all have to work together and keep doing the right things and keep smiles on faces and keep winning matches.”

Possibly Mourinho’s most loyal servant at Old Trafford, even Matic has benefited from a change in management as United’s midfield no longer appear so ponderous.

“He is only two days with us but we had a few meetings,” Matic said after the 5-1 victory over Cardiff in Solskjaer’s first match in charge.

“He said we need to play more forward, to be more dangerous in attack, to run more, to compete with everything and that’s exactly what we did today and we are happy because of that.”

A moment of appreciation for Nemanja Matić. Has been sensational since Solskjær took over. Was expecting him to drop off but he has looked brilliant. Top operator.

“Our manager told us on the first day, the best way to win a game when you are in the lead is to keep attacking and this what the club has always been about,” Herrera told Match of the Day after the 4-1 victory over Bournemouth.

“The best way to defend is to keep the ball and keep attacking.”

The Spaniard has been used in a deep-lying midfield role by Solskjaer but still has an eye on getting forward to support their attack.

“I like to help David, and to help the defenders,” Herrera told MUTV after the win on Sunday. “But I also like to try to score goals.

“I have a good chance today, and I think one of my qualities is that I can go from box-to-box. I can help the team with the ball and without the ball, and I think Ole likes that.”