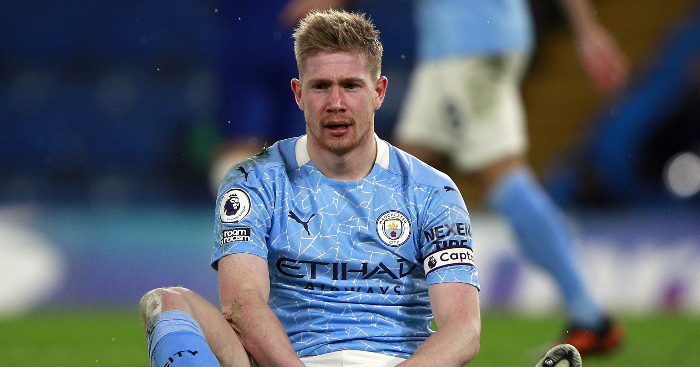 The Premier League title race may have taken a significant new twist, following the announcement that Manchester City are set to be without star man Kevin De Bruyne for 4-6 weeks.

That could bode well for the current leaders Manchester United, who may start to feel that everything is starting to go their way following Chelsea, Arsenal, Tottenham and Liverpool’s spells of poor form, while Leicester talisman Jamie Vardy is also set to be sidelined following a hernia operation.

But how much will De Bruyne’s absence influence City’s season? Here’s the difference with him in and out of the team in the Premier League since he signed for the club in August 2015. 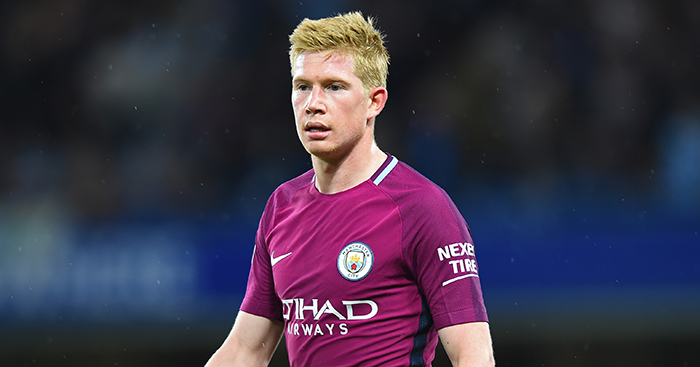 Influence on the pitch

With data courtesy of analytics giants StatsBomb, FBref.com has a detailed breakdown of every player’s influence and how much they tend to affect games when on the pitch in comparison to when they’re absent.

With De Bruyne, there’s a season-by-season breakdown of his time at City, including the percentage of total minutes he featured in each campaign and the average minutes he played per match.

One thing that will be encouraging to City fans is the 2018-19 campaign, in which he spent a large proportion of the season sidelined, making just 11 starts and totalling fewer than 1000 minutes on the pitch – just 28% of the Premier League campaign in total.

That year, City still won 32 of 38 games to register 98 points and pip Liverpool to the title. Just 28 of the 95 goals they scored came with De Bruyne on the pitch (having contributed just two goals and two assists himself).

This season, City are actually down 0.30 goals per 90 when De Bruyne is on the pitch, suggesting that they can perform without him, although a larger sample size from last term provides evidence to the contrary: they were up 1.81 goals per 90 with him on the pitch compared to when he wasn’t.