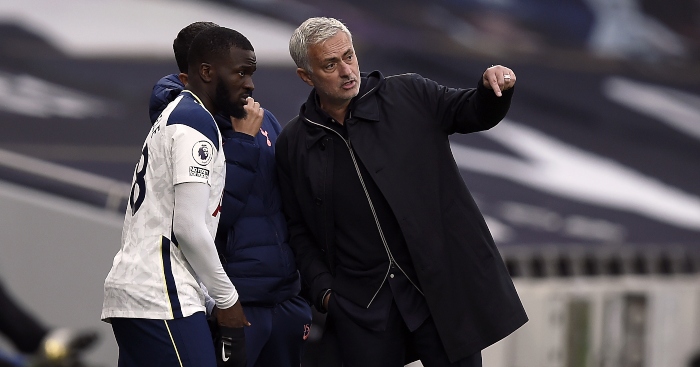 While Jose Mourinho is never afraid to publicly criticise his players, he is often willing to give them a second chance.

Mourinho is renowned for his tough love approach. Tottenham’s Tanguy Ndombele has certainly been on the receiving that – but has come out the other side and established himself in the Spurs team.

We’ve taken a closer look at eight players who fell out of favour under the Portuguese but managed to turn things around.

Mourinho wasted little time in making his presence felt at Porto, suspending Baia from all club activities for a month following a training-ground row.

“That was the turning point in his career,” Baia told the Guardian in 2015. “He was very young and wanted to make a statement – and he did it.”

It certainly had the desired effect. The goalkeeper went on to be a key player in the team that won two league titles, the UEFA Cup and the Champions League. 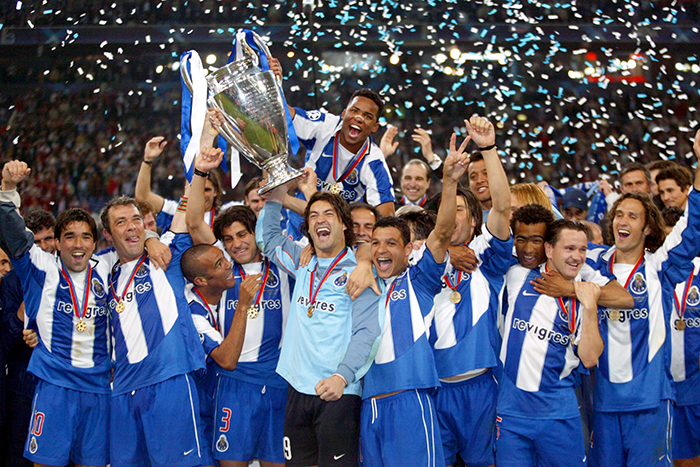 READ: A celebration of Jose Mourinho’s remarkable achievements at Porto

Carvalho was a mainstay during Mourinho’s first spell at Chelsea but still managed to get on the wrong side of the manager.

The defender was left out the team on the opening day of the 2005-06 season and criticised Mourinho, who responded in typical fashion.

“Ricardo Carvalho seems to have problems understanding things, maybe he should have an IQ test, or go to a mental hospital or something,” Mourinho said.

After being fined by the club, Carvalho returned to favour and helped the Blues clinch the Premier League title for the second consecutive year.

Mourinho proved that there was no bad blood between the pair and brought the centre-back to Real Madrid in 2010, having also worked with Carvalho at Porto.

The former Chelsea winger was on the receiving end of Mourinho’s public criticism on several occasions, most notably after a win over Liverpool in 2004 in which Cole scored the winner.

“When he scored the goal the game finished for him. After that I needed 11 players for my defensive organisation and I had just 10,” Mourinho said.

The public dressing down from his boss could have knocked Cole’s confidence, but instead it seemed to spur him on.

He worked harder to secure the manager’s approval and became an integral part of Chelsea’s success, winning two Premier League titles and the FA Cup with Mourinho.

Joe Cole: "Mourinho cracked the whip with me a lot. He knew how to wind me up and get a performance out of me. He knew that if he dropped me, when he brought me on for 20 minutes in the next game he was going to get 20 mins of the best I could give." #MUFC

Diarra won Chelsea’s Young Player of the Year award in 2005, but the midfielder found first-team opportunities hard to come by at Stamford Bridge.

The France international was deemed surplus to requirements by Mourinho and joined Arsenal in 2007.

He was reunited with Mourinho at Real Madrid in 2010, but on this occasion worked his way into the manager’s plans, making 64 appearances over the next two seasons, winning La Liga and the Copa del Rey.

Hazard had appeared to criticise Mourinho’s tactics after Chelsea’s Champions League semi-final defeat by Atletico Madrid in 2014 and subsequently felt the wrath of his manager.

“When the comments come from a player like Eden it’s normal because he’s not the kind of player to sacrifice himself for the team,” Mourinho said.

“Normally you get these kind of comments from players like him, from players that can’t resolve a problem like we had in the first goal.

The Belgium international responded to Mourinho’s tough love by winning the FWA Footballer of the Year and PFA Players’ Player of the Year awards in 2014-15 as Chelsea romped to the title.

Admittedly, their relationship turned sour once again during Mourinho’s final season at Chelsea, which ended on a spectacularly sour note.

Despite being named Chelsea’s Player of the Year for the two seasons prior to Mourinho’s return to Stamford Bridge, Mata found himself on the periphery of the first team under the Portuguese coach.

“For better or for worse, we had no relationship, there was no dialogue,” Mata told El Pais in 2014.

“I was not happy, but always gave the most and respected my colleagues. You never know what will happen in life.”

Mata left for Manchester United, so Mourinho’s appointment at Old Trafford in 2016 was inevitably considered disastrous for the midfielder, who was immediately linked with a transfer away.

But the Spain international established himself as an important player under Mourinho and played a key role in United’s run to Europa League glory in 2016-17.

When Juan Mata scored the first goal of Mourinho's era at United. And to think people thought he'd be sold 😂 pic.twitter.com/HdwqsBNNBY

Lukaku’s decisive penalty miss in the UEFA Super Cup final against Bayern Munich in 2013 marked the end of his Chelsea career as Mourinho offloaded him to Everton a few days later.

The manager had a change of heart, though, and brought the striker to Manchester United in a £75million deal in 2017.

Lukaku became one of the first names on the team sheet under Mourinho, scoring 27 goals in 51 appearances in his debut season at Old Trafford.

“Me and Jose our relationship is… everybody has their own personal relationship with him, but me and him we bump heads,” Lukaku told the LightHarted podcast in 2019.

The Frenchman definitely struggled during his first season as a Spurs player amid criticism of his fitness and form.

His manager was among the harshest of the lot: “I’m not going to run away and I have to say he has had enough time to come to a different level'” The Independent quoted Mourinho saying after subbing the midfielder off at half time against Burnley.

“I know the Premier League is difficult and some players take a long time to adapt to a different league. But a player with his potential has to give us more than he is giving us, especially when you see how Lucas, Lo Celso and those players are playing. I was expecting more in the first half from him.”

Well, after the struggles of last term, the 23-year-old has now managed to force himself into the manager’s plans, becoming a regular fixture in the starting lineup and dictating games from the middle of the park.