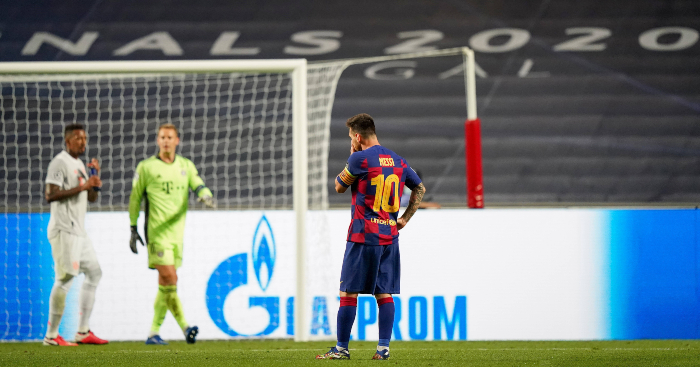 Everything surrounding Barcelona right now appears in a state of flux, whether that be their performances on the pitch, the future of Lionel Messi or their finances ahead of their upcoming presidential election in March.

The always superb football finance blogger Kieron O’Connor (AKA Swiss Ramble) has analysed Barcelona’s 2019-20 accounts, noting that the club lost €97million after tax. The pandemic obviously had a big impact, but revenue fell across the board and there was the huge outlay on transfer fees for Antoine Griezmann and Frenkie de Jong.

This sum becomes even more alarming when compared with their La Liga rivals. Atletico Madrid only recorded a €2million loss, while arch-rivals Real managed to break even. Barca were one of only five clubs to post a loss, the next biggest of which was relegated Real Mallorca’s €6million

O’Connor compared Barcelona’s loss with other clubs around Europe, and the picture is not quite as bleak for the Catalan giants unlike their outlier status in La Liga.

Using Swiss Ramble’s data, here is how Barca’s loss compares with other major clubs in Europe.