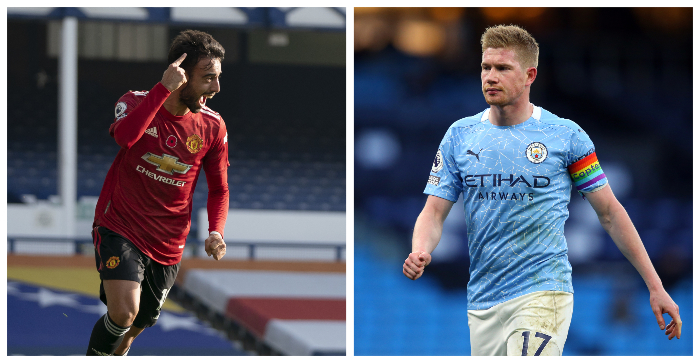 Bruno Fernandes has been a revelation for Manchester United since joining the club in January – but how does he compare with Manchester City‘s Kevin De Bruyne?

For most of his time in England, De Bruyne has been the top creative maestro, assisting 72 goals in 164 league games, but Fernandes has transformed United’s fortunes and is now threatening his crown.

We’ve taken a look at their Premier League stats since Fernandes made his United debut in February to see which midfielder comes out on top.