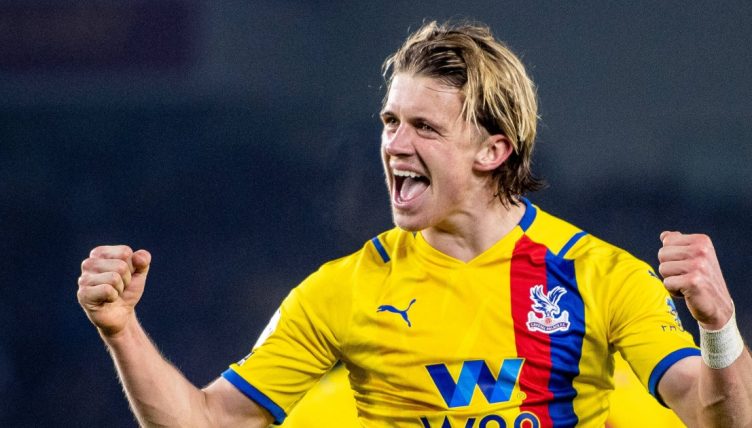 Gallagher scored two Premier League goals on loan at West Brom in 2020-21 but has taken his game to another level under Patrick Vieira at Palace.

The 21-year-old will be hoping to follow in the footsteps of Mason Mount, who made his Chelsea debut in 2019 and led them to Champions League glory last season.

“If I copy that pathway I’ll be buzzing,” Gallagher said in August 2021. “That’s definitely what I want. What he has achieved already is amazing. “He is a top player and a top guy as well.

“Fair play to him and the other youngsters who have done it through Chelsea and England. I hope I can do that.”

But the two England international’s could be in direct competition for a place in Thomas Tuchel’s starting line-up next season.

We’ve compared Gallagher’s Premier League record in 2021-22 with Mount’s to see who comes out on top.