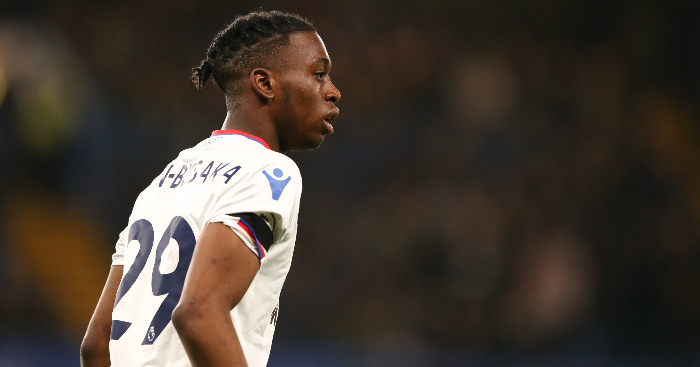 No Premier League player has been as frequent a fixture of the gossip columns this summer than Crystal Palace‘s Aaron Wan-Bissaka.

The 21-year-old, a hero for Fantasy Footballers managers, has enjoyed a stratospheric rise. He was named the club’s young player of the season when breaking through in 2017-18, before becoming an ever-present and being given the all-round player of the year award at Palace last season.

Wan-Bissaka has reportedly been earmarked by Ole Gunnar Solskjaer as Manchester United’s right-back problem, but is he ready to make the step up to a club with Champions League and title-winning ambitions? We’ve compared him to Ashley Young (the current first choice) and Diogo Dalot (who is vying to start there next season). Here’s what the stats say.

Halfway through the season, Wan-Bissaka was even statistically the most effective tackler in Europe. He also averaged significantly more clearances, with 3.7 per game, than both Dalot and Young (both 1.9).

One thing to consider is that Wan-Bissaka will naturally be called into action more, given the counter-attacking nature of Roy Hodgson’s side – it’s in his current job description that he has soak up pressure, but at a top six club he’d be expected to do more going forward.

Still, of all the bigger sides, Manchester United might be the one that’s the easiest to make the step up to, as they average considerably less possession (53.3%) than Man City (64%) or Liverpool (58.8%). Crystal Palace averaged 46.6% last season, only five sides had a lower average share of possession.

Wan-Bissaka is yet to score a senior goal in his career. Although for a full-back that’s only managed one full season of first-team football, that shouldn’t be too concerning. He did manage three Premier League assists last season though, averaging one every 1045 minutes.

Young scored two goals and provided two assists last season (his average for both one every 1284 minutes), while Dalot provided two league assists (one every 507 minutes).

Passing and other attacking attributes

The Palace man would offer more in terms of dribbling should he make the switch this summer. Last season he averaged 1.7 dribbles per 90 minutes, more than twice as many as both Young (0.6 per 90) and Dalot (0.7 per 90).

Dalot is the most prolific shooter of the three, averaging 0.9 shots per 90, whilst Wan-Bissaka (0.3) and Young (0.4) strike less frequently. The two Manchester United men both provide more key passes (the final pass before a teammate shoots), with Young averaging 1.3 per game and Dalot averaging 1.1, while Wan-Bissaka averaged only 0.4 key passes per 90.

There’s not a great deal between them in terms of tidy passing – Dalot averages 78.6% successful passes, Young 77.5% and Wan-Bissaka down slightly at 73%.