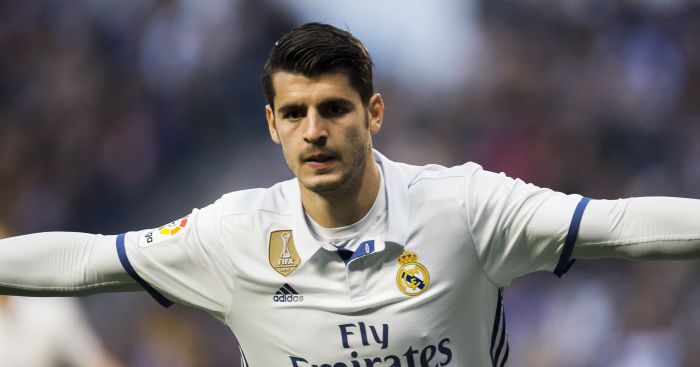 Chelsea have completed the signing of Alvaro Morata from Real Madrid to Chelsea, but how do the Spain striker’s statistics compare to Diego Costa’s

Morata scored some vital goals for Real last season but struggled for regular matches under Zinedine Zidane as they won the La Liga title and Champions League.

Costa, meanwhile, was a key part of Antonio Conte’s title-winning side last season but seems to be heading for the exit door amid murmurings of discontent.

Will Morata be able to fill Costa’s boots and hit the ground running in the Premier League? Here’s what the stats say…

Costa was a vital part of Chelsea’s title-winning season, scoring more goals than any other Blues player and finishing as the joint-fourth top goalscorer in the Premier League.

The Brazilian-born Spain international scored 20 goals in 35 starts for Conte’s men, while Morata chipped in with 15 goals for Real in only 14 starts and 12 further substitute appearances.

Costa’s time on the pitch far outweighed Morata’s last campaign with Costa playing for 3090 minutes in the Premier League compared to Morata’s 1334 in La Liga.

That means that Morata’s goals-to-minutes ratio was a lot better than Costa, with the Champions League winner scoring a goal every 88.9 minutes compared to one every 154.5 minutes for Costa.

There was a variation of how Morata scored his goals in 2016-17 with eight coming from his right boot, one from his left and an impressive six from his head.

Costa, meanwhile, was much less prolific with his head (2) but mixed up his scoring foot a lot more with 13 off his right boot and five from his left.

Both players scored two of their goals from outside the penalty area, with the rest of their strikes coming inside the box. 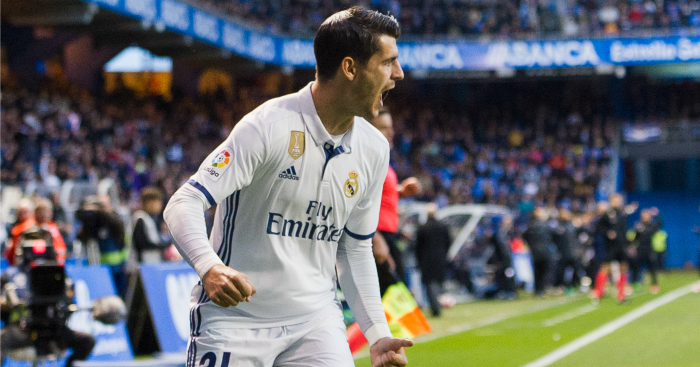 Both players were deployed mainly as central strikers last term with their main role to score goals, however, they did manage to help their team-mates by providing assists.

Costa achieved seven assists compared to Morata’s four, but when broken down into assists per minute it was Morata (333.5) that came out on top over Costa (441.4).

However, former Atletico Madrid star Costa created 42 chances for his team-mates in comparison to Morata, who created 17 opportunities for his colleagues.

The two players come out very evenly in terms of passing, with the average pass length of both at 14m, but Morata (78%) edges Costa (75%) with the accuracy of his passes.

Costa’s slightly poorer accuracy could be down to him attempting 11% more forward passes than Morata.

Despite his burly frame, Costa gives Chelsea another option driving forward at the opposition defence. He attempted 3.8 dribbles per match last campaign – 2.3 more than Morata – and was successful 42% of the time.

It may surprise you that, Costa, who was involved in over three times more headed duels than Morata, only came out on top 25% of the time, with the less physically-imposing Morata winning 50% of his tussles. 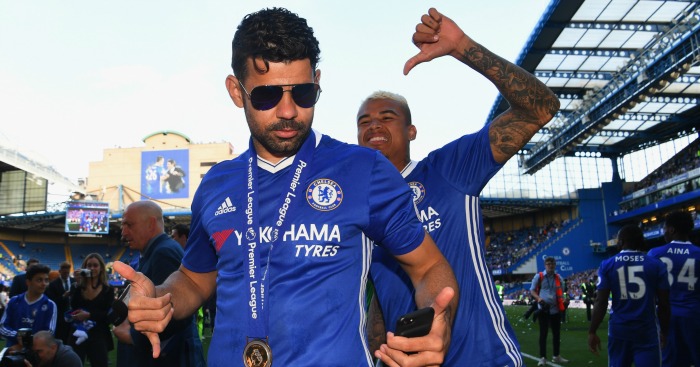 It’s not their main job, but it is becoming more important for strikers to do their defensive duties nowadays – with lots of managers preferring to play with a high press.

In 2016-17, Morata (1) attempted slightly less tackles per 90 minutes than Costa (1.1) but came out with the ball on 0.6 occasions per match while Costa was slightly behind, winning the ball on 0.5 attempts.

Considering Costa has a bad boy reputation in the Premier League his tally of 10 yellow cards and no red cards was quite impressive, while eight yellow cards for Morata seems high in only 1334 minutes of football.

Costa helped his team-mates out more with 1.1 clearances per 90 minutes compared with Morata’s 0.7, while there was no separating them in terms on interceptions with both players only achieving 0.2 per 90 minutes played.

Head to our Chelsea page for more