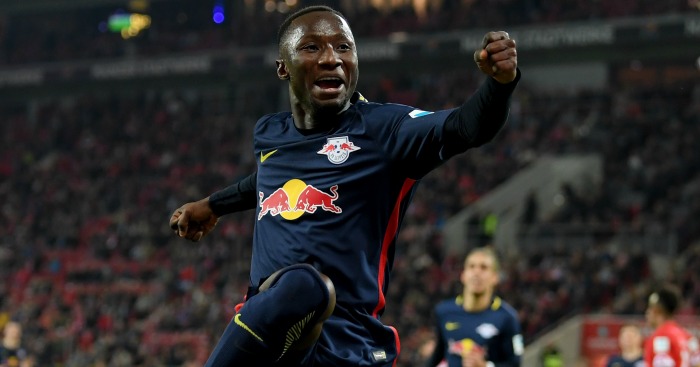 Naby Keita will join Liverpool next summer after the Reds agreed a club record deal with RB Leipzig to secure the services of the midfielder.

Liverpool broke their transfer record this summer to sign Mohamed Salah and announced on Tuesday morning that a deal is in place for Keita to move to Anfield in 2018.

Jordan Henderson, Emre Can, Georginio Wijnaldum and Adam Lallana were Jurgen Klopp’s regular options in central midfield last season, and we’ve taken a look at how Keita compares statistically to that quartet. He will certainly affect the betting odds judging by this.

In 31 Bundesliga appearances last season, Keita recorded a healthy total of eight goals and seven assists from midfield – a tally identical to that of Adam Lallana’s record in the Premier League. No Liverpool midfielder managed to score more times, though Wijnaldum did register nine assists.

The Guinea international’s goal tally is even more impressive given that only Henderson (0.7) attempted less shots per game than Keita (1.4).

Assist statistics, meanwhile, can often be distorted. A player could create plenty of chances only for team-mates to let them go to waste, but Keita still ranks highly among his potential competition.

On average, Keita created 1.3 chances per game last term. Only Lallana (1.4) betters that figure, which is level with Henderson and an improvement on Wijnaldum (1.2) and Can (1).

One of the main reasons Klopp is so attracted to Keita is the dynamism he will offer Liverpool in midfield. He completed 64.29% of his attempted dribbles last season, with only Wijnaldum offering a better percentage (72.7%) – it’s important to note that Keita (4.2) attempts more than double the amount of dribbles per game as the most adventurous Liverpool midfielder (Lallana, 1.8).

An area Keita will have to improve on is his ball retention. The midfielder averaged a passing accuracy of 81.8% in the Bundesliga, with only Can (81.6%) recording a lower figure. Henderson leads the way with 91.3%.

And Naby Keïta has done this over and over, since the early days of his career. pic.twitter.com/6T0s6FziOW

Klopp famously puts a lot of emphasis on the work-rate of his players, and those in central midfield have to come up with the goods both with and without the ball.

Keita is renowned as a box-to-box midfielder, and his stats reflect his impressive defensive work.

Not only is his average of 2.6 interceptions per game better than every other Liverpool midfielder – Henderson averages the highest at 1.7 – but it is also higher than the Premier League’s standout defensive midfielders, N’Golo Kante (2.4) and Idrissa Gueye (2.5).