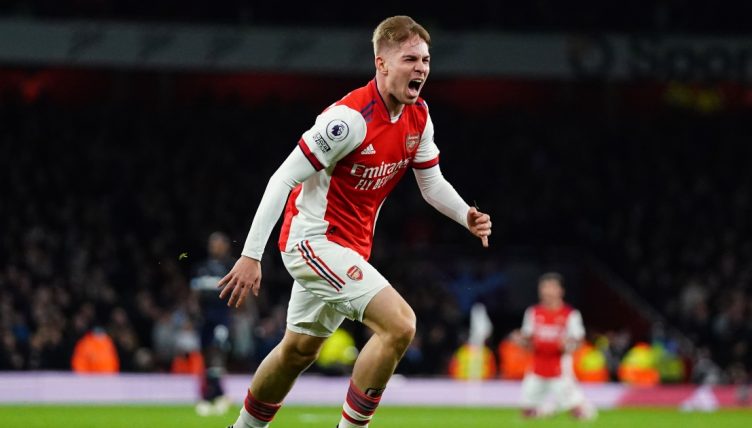 Since establishing himself as a key part of the Arsenal first team, Emile Smith Rowe has regularly been compared to Manchester City’s Kevin De Bruyne.

De Bruyne, who has won three Premier League titles and an FA Cup with City, is widely regarded as one of the best midfielders in the world.

While Smith Rowe isn’t at that level just yet, he has a very similar style and has been dubbed the ‘Croydon De Bruyne’ by fans and team-mates.

“A couple of the boys always say it to me, which is obviously quite funny,” Smith Rowe told the Sun when asked about his nickname. “It’s great. He’s someone I look up to who is an unbelievable player. It’s good to get a nickname like that.”

The England international has certainly lived up to the nickname in 2021-22, building on an impressive breakthrough season at the Emirates.

He scored four goals in all competitions in 2020-21 but has already beaten that tally this campaign and has helped Arsenal get back into the top four.

We’ve compared his stats in all competitions so far this season with De Bruyne’s to see who comes out on top.