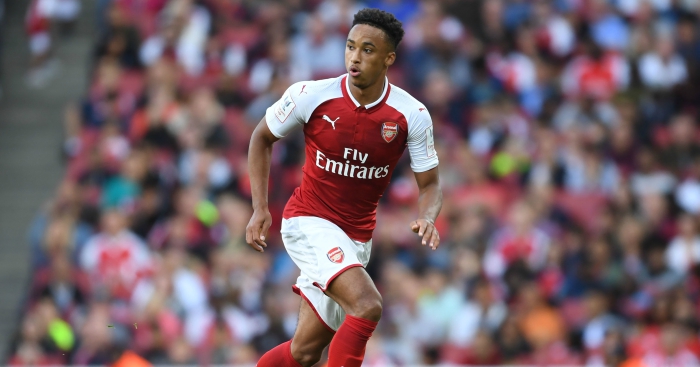 Arsenal and Chelsea were the only clubs out of the ‘big six’ to complete deals last January – and we’ve taken a look at every player sign by Premier League clubs this time last year.

A number of high-profile transfers have taken place already in this window, with Virgil Van Dijk joining Liverpool, and Alexis Sanchez and Henrikh Mkhitaryan swapping their places at Arsenal and Manchester United.

However, January is renowned as a difficult month to sign players, and we’ve looked back to see if there were any success stories from last year.

The three clubs which were relegated and those who were promoted have not been included.

Cohen Bramall: Yet to make his competitive debut for Arsenal, the 21-year-old left-back has made only three appearances on loan at struggling Birmingham this season.

Aaron Ramsdale: Bournemouth paid around £1million to land the teenage goalkeeper from Sheffield United. Earlier this month he joined Chesterfield on loan, keeping one clean sheet in his first three appearances.

Joey Barton: A return to Burnley was meant to offer Barton a reprieve after a nightmare spell at Rangers. Come April he was hit with an 18-month ban for breaching betting regulations.

Robbie Brady: Burnley broke their transfer record to sign £13million Brady. The Republic of Ireland international established himself in the side this season before suffering a serious knee injury in December.

Kyle Jameson: The young defender signed an 18-month deal with the Blues after impressing for non-league Southport. He did not last long at Stamford Bridge, however, joining West Brom in the summer.

Jeffrey Schlupp: Currently recovering from surgery after establishing himself as a regular at Selhurst Park under three different managers.

Patrick Van Aanholt: Recently linked with a reunion with Big Sam, who he has already played under at two clubs.

Mamadou Sakho: Palace paid £26million to make Sakho’s loan move permanent in the summer, but he has not played since the start of December due to injury.

Luka Milivojevic: A popular figure at Selhurst Park and possibly one of the best signings of last January.

Luka Milivojevic is the ideal captain.

Make the armband his.

Ademola Lookman: A debut goal against Manchester City on his debut was the perfect start for Lookman, but he has struggled for opportunities since, despite winning the Under-20 World Cup with England in the summer.

Morgan Schneiderlin: “Morgan Schneiderlin’s dramatic fall from grace continued last Saturday. For me his performance was nothing short of disgraceful,” was the verdict from the Liverpool Echo this week. After a bright start, it’s turned very sour.

Anton Donkor: The young forward’s initial loan spell was disrupted by injury, but the Toffees decided to re-sign him on loan in the summer, though he is yet to appear in the Premier League.

Wilfred Ndidi: A big hit at the King Power, the midfielder was recently deemed the 11th most valuable footballer under the age of 21 by the CIES Football Observatory.

Molla Wague: An injury 70 minutes into Wague’s debut meant the defender never played for Leicester again. He is now on loan at Watford from Udinese.

Mouez Hassen: The back-up goalkeeper failed to make a single appearance after signing on loan from Nice.

Manolo Gabbiadini: After scoring in his first four games for the Saints, Gabbiadini has scored in just two further appearances.

Saido Berahino: 2,386 minutes since his last goal. Berahino recently turned up on the wrong day for Stoke’s fixture with Manchester United.

Saido Berahino turned up in his match-day tracksuit yesterday for Stoke City's trip to Manchester United… forgetting the game was today! 😂😂 pic.twitter.com/Gz99yp3mEy

Luciano Narsingh: 20 of his 27 Premier League appearances have been from the bench.

Tom Carroll: The midfielder impressed in Swansea’s great escape last season but has been one of many players to struggle this term.

Jordan Ayew: Revitalised by Carlos Cavalhal in recent weeks and could be joined by brother Andre at the Liberty Stadium this month.

Mauro Zarate: Ranks alongside Giuseppe Rossi in Great Lost Talents We’re Weirdly Convinced Could Have Been Brilliant. The striker made three appearances before suffering a serious knee injury and recently joined Velez Sarsfield on loan – having spent the first half of the season at Al Nasr.

Tom Cleverley: The midfielder seems to have found his level back at Watford and that’s completely fine.

Jake Livermore: The midfielder is a favourite of Gareth Southgate in the England squad, but his Baggies career has been up and down.

Jose Fonte: The defender has not played under David Moyes due to injury. David Sullivan recently revealed his children “begged” him not to sign Fonte and Robert Snodgrass.

Robert Snodgrass: See above. The winger has spent the first half of the season on loan at Aston Villa.