How every PL team’s gaps between games over Christmas compare 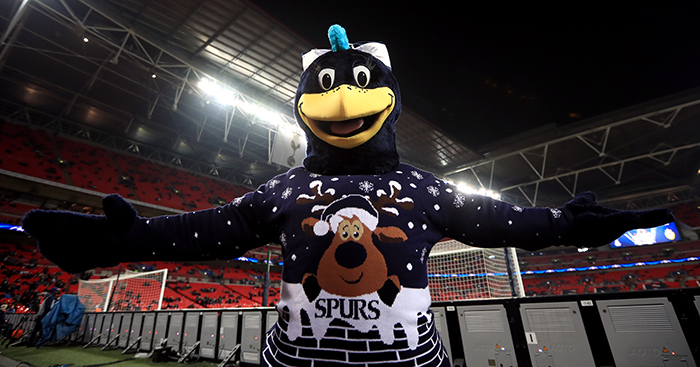 The festive season is the most wonderful time of the year for football fans in England as they get treated to a feast of matches.

However, it’s a lot more challenging for the players who don’t get much rest between games while managers have to rotate their starting Xls.

We’ve looked at which teams have the biggest gap between the fixtures on December 26 and January 2, starting with smallest to biggest, and it’s good news for Liverpool but not for Man City.

Wolves have already played 27 games so far this season due to their Europa League commitments, and things are going to get even harder for them over Christmas.

Nuno Espirito Santo’s side face Man City on December 27 and then play league leaders Liverpool at Anfield just under 45 hours later. Overall, there are 115.25 hours between their three Christmas fixtures.

Manchester City are going to use their full squad over the Christmas period as they play against Wolves on the 27th and then against Sheffield United on the 29th.

However, Guardiola has found a strange solution to the problem as he gave his players some advice on how to keep fresh during the festive period.

“Go home, open the fridge and get inside for 48 hours,” he said. “See you at the Etihad Stadium in two days. I’m not joking.

“When I open the fridge to make an omelette maybe I talk with my players then, but apart from that, no way.”

Chelsea have 71 hours between their fixtures on the 26th and the 29th – only have Sheffield United have a bigger break between those two games.

However, Lampard’s side then have just 70.5 hours to prepare for their next game on the January 1 and no Premier League team has a shorter break than that.

Brighton have just 48 hours between their game against Spurs on the 26th and their home fixture against Bournemouth on the 28th.

To make matters worse, after playing away at the Tottenham Hotspur Stadium on Boxing Day they then travel to Stamford Bridge on New Years Day.

Bournemouth probably have the most mixed Christmas schedule.

Eddie Howe’s side have just 45.5 hours between their first two fixtures, but that is made up for by the fact that they have 101 hours to recharge their batteries before their game on New Years Day.

Everton play Burnley at home on December 26 but then have to travel to Newcastle to play Steve Bruce’s side 48 hours later.

The Toffees are back in the North West on New Years Day but face the daunting task of a trip to the Etihad.

Spurs kick off the festive period with a 12.30 kick-off at home to Brighton on Boxing Day and have 53 hours rest before their next fixture.

However, they then have two away games in quick succession against Norwich and Southampton. We’re expecting Jose Mourinho to complain about that at some point.

Liverpool have a hectic December due to their commitments in the Premier League, Carabao Cup and the FIFA Club World Cup.

However, they get a bit of a rest over Christmas as there are 68.5 hours between their games against Leicester on the 26th and Wolves on the 29th.

Jurgen Klopp’s side also have a three-day break before their home game against Sheffield United on January 2.

Out of all 20 Premier League teams, Sheffield United have the easiest schedule, but their actual fixtures are quite difficult.

The Blades have the biggest rest between the first two Christmas fixtures as there are 75 hours between their games against Watford and Man City.

They play their three games over eight days, but their fixture on January 2 sees them play the league leaders at Anfield.