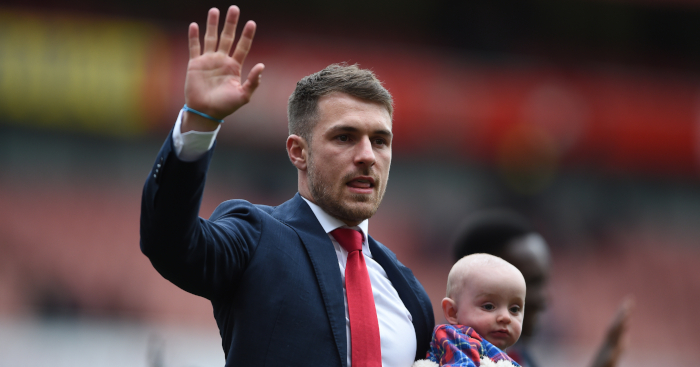 As we head towards the final game of the Premier League season, clubs are beginning to hand out their Player of the Year awards – but how did their recipients of last season’s gong fare this term?

We all know you’re meant to say that collective trophies are better than individual awards, but there’s only so much silverware to go around, so when you’re surrounded by a bunch of losers, you might as well be a winner on your own.

We’ve taken a look at every Premier League club’s winner of their 2017-18 Player of the Season award to see if they’ve lived up to their own high standards this term.

Arsenal: Aaron Ramsey being Arsenal’s 2017-18 Player of the Year passed us by, but if recent weeks have shown us anything, it’s that the Gunners really miss him when he’s not in their team. That’s a bit of a problem, given he’s played his last game for them.

Bournemouth: Such was Nathan Ake’s form for Bournemouth last season, the defender was linked with a big money move to a top six club in the summer. Admittedly, being part of a backline which only the bottom three have conceded more than isn’t a great look, but Napoli’s reported interest in the Holland international suggests he’s still doing something right.

Brighton: Having been one of the best signings of last season, Pascal Gross has seen his 2018-19 disrupted by injury and struggle with a change in role. As a result, Glenn Murray recently admitted he “missed” the creativity of his team-mate.

Burnley: The first of three England goalkeepers on this list, Nick Pope was possibly the breakthrough star of 2017-18, earning his place in Gareth Southgate’s World Cup squad, only to suffer an untimely injury at the start of the campaign and have to watch Tom Heaton re-establish himself as No.1.

I feel your pain, Nick

Cardiff City: Sean Morrison captained Cardiff to promotion last season, but a burst appendix – and relegation – has somewhat marred his season in the top flight.

Everton: Jordan Pickford has had his wobbles following an impressive debut campaign and World Cup – most notably at Anfield and on a night out in Sunderland – but the goalkeeper has responded well to the set-backs, keeping eight clean sheets in his last 10 appearances.

Fulham: Let’s just say Tim Ream isn’t the only Fulham player to not live up to the standards he set in the Championship.

Huddersfield Town: Christopher Schindler won it last year and has retained it this season. Let’s just leave it at that.

Leicester City: Harry Maguire became a national treasure after a whirlwind 2017-18 and has remained resolutely Slabhead in a weird Leicester campaign.

Liverpool: The criticisms for a slow start to the season were exaggerated, and Mo Salah has made them look even sillier by sitting atop of the Premier League goalscoring charts.

Manchester City: Kevin de Bruyne’s season has never really got going due to injury, which is incredibly scary given how good City have been in the midfielder’s absence.

Manchester United: David de Gea has won Manchester United’s award in four of last five seasons, but his form has come under scrutiny amid some poor displays in recent weeks. Could this be his last season at Old Trafford?

Newcastle United: Many tipped Jamaal Lascelles to kick on this season and break into the England squad, but he has admitted himself that he struggled for form over the first half of the season, which included a number of niggling injuries (which he blamed on sleepless nights after becoming a father for the first time), a fall-out with Rafa Benitez and feeling the wrath of his own supporters after urging them to get behind “nice guy” Mike Ashley.

Southampton: The final member of the trio of England goalkeepers on this list, Alex McCarthy shone after displacing Fraser Forster last season but lost his own place in February to another Three Lions hopeful in Angus Gunn.

Tottenham: Jan Vertonghen has always been Mr Reliable for Spurs, and that’s been much the same this season.

Watford: Abdoulaye Doucoure has never been shy about talking himself up for a move to a Champions League club, and after another impressive season at Vicarage Road alongside Etienne Capoue, this summer might see the midfielder finally get that transfer.

West Ham: It was almost as if Marko Arnautovic could do no wrong in east London after his performances last season, then January happened and it turned out he definitely could.

Wolves: Turns out Ruben Neves was always far too good for the Championship. Who’d have thought it?