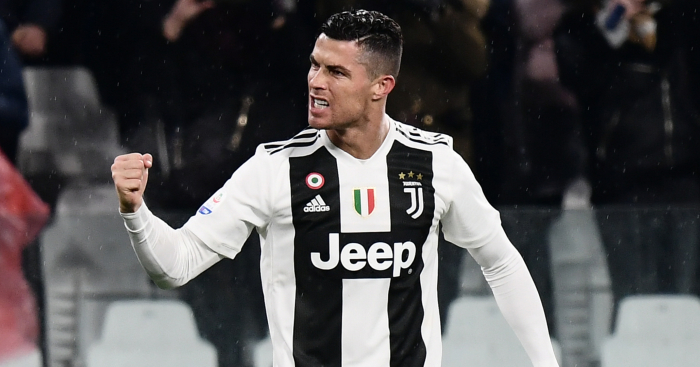 Liverpool and Manchester City are providing a fascinating title race in England – but how are the other major leagues in Europe shaping up this season?

Both Juventus and PSG have suffered surprise upsets in recent weeks, while Bayern Munich and Real Madrid made notably poor starts to the campaign.

We’ve taken a look at the league and cup competitions in Europe’s four other major leagues.

Title: After Real Madrid’s poor start to the season, La Liga is Barcelona’s to lose, and they currently have a six-point lead over Atletico Madrid after Diego Simeone’s men were beaten at Real Betis at the weekend – their first defeat in 19 matches.

European places: Real Madrid’s recent upturn – helped by the performances of Vinicius Jr – has coincided with a Sevilla wobble, meaning Los Blancos sit third. Sevilla are holding on to that final Champions League place, but Getafe, Real Betis and Alaves are all just four points behind.

Relegation: There were suggestions Athletic Bilbao could be relegated for the first time in their history after a bad start to the campaign, only for the Basque outfit to begin to climb up the table from December.

Huesca are rooted to the bottom of the table with just 15 points, followed on 19, somewhat surprisingly, by Villarreal. Rayo Vallecano and Leganes both have 23 points, but Girona, Celta Vigo, Espanyol, Real Valladolid and Athletic Bilbao are all within one win of the bottom three.

Copa del Rey: Sevilla appeared to be on their way to an upset against reigning champions Barcelona in the quarter-finals, winning the first leg 2-0, only for Barca to p*ss all over their chips with a 6-1 win in the return fixture.

That result has at least set up an El Clasico in the semi-finals, while Real Betis and Valencia face each other on the other side of the draw.

Vinicius Jr on the upcoming Barcelona match: ''Nothing scares me. I play for Real Madrid, the best club in the world. I don't fear anything.'' pic.twitter.com/OZYJ4bfieh

Title: Despite blowing a 3-1 lead to draw 3-3 with a Gervinho-inspired Parma, Juventus remain unbeaten in Serie A and are on course to win their eighth-successive Scudetto.

European places: Napoli may be nine points behind Juve but are still 11 points ahead of third-placed Inter. Only a point separates Milan and Roma in the battle for the final Champions League spot, although Sampdoria are dark horses, sitting three points off fourth place.

Relegation: Chievo have won just once all season and sit bottom with nine points, while Frosinone are only four points ahead. Bologna currently occupy the final relegation place, with Empoli and Udinese less than three points ahead.

Coppa Italia: Juve have won the Double for the past four seasons but were knocked out of the quarter-finals with a 3-0 defeat at Atalanta. The two-legged semi-finals will see Milan face Lazio and Atalanta clash with Lazio.

Title: Having won seven games on the bounce, Bayern Munich were threatening to recover from their poor start and pressurise Borussia Dortmund in the title race. But then they lost 3-1 at Bayer Leverkusen, leaving Dortmund seven points clear at the top.

European places: Bayern are level on 32 points with Borussia Monchengladbach, with the duo well placed to automatically qualify for next year’s Champions League. RB Leipzig are five points ahead of early surprise package Eintracht Frankfurt in the battle for fourth place and go into the Champions League qualifying round.

Relegation: Both Hannover and Nurnberg have only won twice all season, although Stuttgart are only three points clear of the relegation zone.

DFB-Pokal: The round of 16 is played this week and features all the big boys, plus four second tier sides.

Congratulations to Marco Reus who has been named "Dortmund Sportsman of the Year"! 🎖️👊 pic.twitter.com/QMPZlFOp3K

Title: While PSG may have lost 2-1 to Lyon in their first defeat in the league for 267 days, the title is still clearly theirs – 10 points clear of Lille with two games in hand.

European places: Lille and Lyon currently occupy the remaining Champions League places, but Saint Etienne could apply some pressure if they win their game in hand, which would take them to three points behind Lyon.

Relegation: Monaco’s first home win of the Ligue 1 campaign has moved them into the relegation play-off zone ahead of Amiens and Guingamp, level on points with Caen. Dijon are also precariously looking over their shoulders.

Coupe de France: PSG have won the last four editions and face third-tier outfit FC Villefranche in the round of 16.

Coupe de la Ligue: PSG have won the last five editions but were dumped out of the quarter-finals by strugglers Guingamp, who went on to beat Monaco in the semi-finals and set up a clash with Strasbourg in the final.