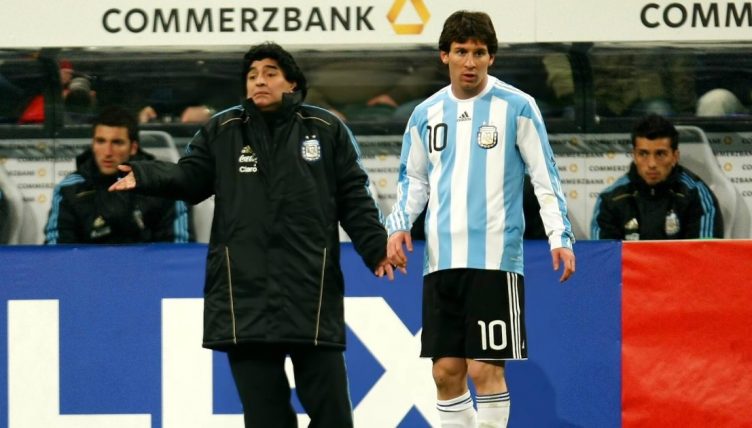 Lionel Messi is arguably the greatest football of all time, but throughout his entire career he’s struggled to get out of the shadow of Argentinian icon Diego Maradona.

Maradona’s heroic performances at the 1986 World Cup are legendary. His individual displays as Argentina lifted the trophy are remembered as some of the most breathtaking in football history.

Messi played a pivotal role in delivering the Copa America for La Albiceleste in 2021 – ending the national team’s long 28-year wait for silverware – but he’s been unable to emulate Maradona and lead Argentina to the most prestigious trophy of them all.

Qatar 2022 almost certainly presents the 35-year-old’s last chance to win the World Cup. Argentina suffered a shock defeat in their opener against Saudi Arabia but have battled through to the semi-finals with Messi in imperious form.

But how does Messi’s record for Argentina compare with Maradona’s overall? We’ve taken a look at how the two legendary football compare on the biggest stages of all.

Using data from transfermarkt, we’ve compared his record at major international tournaments with Diego Maradona’s to see who comes out on top.