How Liverpool responded to their 9 heaviest defeats under Jurgen Klopp 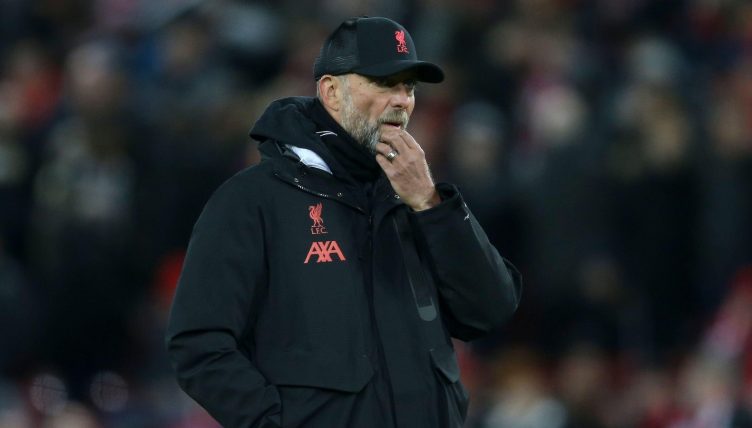 Despite losing just four times across the whole of the 2021-22 season, suffering defeats – especially the 3-0 hammering at Brighton – is becoming a familiar feeling for Liverpool.

Defeat on the south coast was the latest setback during an increasingly useless campaign for Liverpool, with questions beginning to be asked about both the players and the manager.

But this isn’t the first time that Jurgen Klopp has suffered a major setback during his seven years as Liverpool manager. Here are nine examples of painful defeats, and how Klopp’s Liverpool responded to them.

Liverpool aren’t the only team to suffer at the hands of Napoli this season, but their 4-1 reverse in Naples last September was a clear sign that all was not well at Anfield.

“In football there are always solutions,” a defiant Klopp said to the press afterwards. “We don’t play good enough, that is obvious and that is why we lose games. There is a job to do, my responsibility and I need time to think about it.”

In the immediate term, the Reds didn’t play a domestic match until the start of October following the death of Queen Elizabeth II.

But, despite winning their remaining five Champions League group matches, Liverpool are enduring a season to forget.

The Reds went into this heavyweight clash under pressure; they’d lost their last two matches at Anfield to Burnley and Brighton and had slipped to fourth in the league table.

Manchester City, who were desperate to reclaim their title, were in no mood to ease Liverpool’s existential woes and handed out a 4-1 thrashing that almost knocked Klopp’s side out of the title race.

Phil Foden tore the Liverpool defence to shreds, with Jordan Henderson and Fabinho asked to deputise at centre-back, and their fortunes didn’t improve much in the next batch of games.

Liverpool were beaten four times in their next five outings before Klopp realised that playing midfielders in defence was counter-productive and placed his faith in Nat Phillips for the remainder of the campaign.

Cue a run of eight victories and two draws in their final 10 games to secure a Champions League slot. Klopp just about got away with it.

Liverpool conceded seven goals for the first time since 1963 as Villa delivered an unexpected beating to the reigning Premier League champions.

Ollie Watkins scored a hat-trick and Jack Grealish had a hand in five goals as Liverpool’s high line was ruthlessly exposed. Adrian’s shocking performance in goal failed to help matters either.

“You have to say that Villa did very well,” Klopp told BBC Sport. “They were very physical, very smart and very direct, we were not.

“We had big chances which we did not use, but when you concede seven I’m not sure you can say it would have been 7-7. We made too many mistakes and massive ones obviously. It started with the first goal and around the goals we made massive mistakes.”

In response, Liverpool wouldn’t suffer defeat in the Premier League again until the start of January and reclaimed top spot in the process. But a litany of defensive injuries meant their run couldn’t last.

This one didn’t really matter, in truth.

Liverpool had already been crowned champions when City administered a modicum of revenge in the strange Project Restart-hinterland period of Premier League football.

Goals from Kevin de Bruyne, Raheem Sterling, Phil Foden and an own goal from Alex Oxlade-Chamberlain were enough to suggest Liverpool wouldn’t have it so easy the following season – and so it proved.

But, in the immediate aftermath of their Etihad hammering, Klopp’s side won four of their remaining six fixtures and finished their victorious campaign on 99 points.

Liverpool were still eyeing up a potential treble, invincible Premier League campaign and record points tally when they visited Vicarage Road to take on Nigel Pearson’s relegation-battling Watford in February 2020, having taken an incredible 79 points from 81 on offer at that point.

But they were left stunned as the Hornets produced a brilliant performance front-to-back, with Ismaila Sarr the star, scoring twice and setting up the other in a 3-0 win.

Liverpool fans won’t have cared too much about the extracurriculars after ending their 30-year wait for the title, but that defeat actually precipitated a minor wobble shortly before the country went into lockdown.

After looking all but certain to exit the Champions League at the semi-final stage after suffering a Lionel Messi masterclass at the Camp Nou, Liverpool dusted themselves off the following weekend to beat Newcastle United 3-2 with a late Divock Origi winner, keeping the pressure on Man City at the top of the table.

And then came that second leg. Corner taken quickly…

Divock Origi’s Goal vs Barcelona has been nominated for the Greatest Liverpool Goal of All Time pic.twitter.com/XgiWot3A8d

The Villa shambles wasn’t the first time Klopp’s Liverpool had suffered a defeat by a five-goal margin in the Premier League.

Liverpool had actually looked quite dangerous in the first half at The Etihad, but Sadio Mane’s first-half sending-off contributed to a miserable afternoon as Pep Guardiola’s all-conquering City were absolutely ruthless.

It was far from plain sailing for Liverpool after this point, winning just two of the following nine games in all competitions and suffering a 4-1 defeat at Tottenham about a month later, but they recovered from late October and were largely excellent from thereon in.

With Mohamed Salah on fire, scoring 44 goals in all competitions, they wrapped up a fourth-place finish and upset the odds to reach the Champions League final after beating City home and away in the quarter-final.

Liverpool were seriously floundering when they visited the King Power in February 2017. Jamie Vardy was at the double, getting on the scoresheet alongside Danny Drinkwater (remember him?), to inflict a 3-1 win over a Liverpool side that had lost five of their last seven in all competitions, and two wins in 11.

Liverpool went on to take 20 points from the next 24 on offer (six wins and two draws from eight games) and would just lose one more match that season.

Liverpool had enjoyed a bump in form after Klopp took over in October 2015, but they still a million miles off the side he’d later put together at Anfield.

A sorry 3-0 defeat to Watford just before Christmas 2015 immediately followed a 2-2 home draw to West Brom and a 2-0 defeat at Steve McClaren’s Newcastle, a run of form that underlined how much work the German had on his hands.

They did well to get back to basics to beat Claudio Ranieri’s title-winning Leicester and Sunderland between Christmas and New Year, but inconsistency continued throughout that first year as they finished 8th and runners-up in the League Cup and Europa League.

TRY A QUIZ: Can you name Liverpool’s 30 most expensive transfers of all-time?