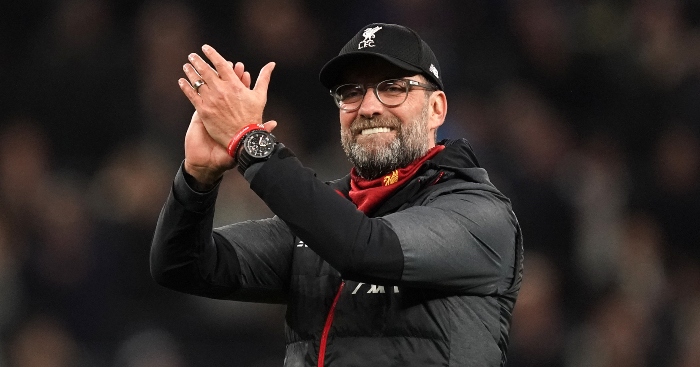 Liverpool have made an incredible start to the Premier League season – but how do they compare to some of the greatest European sides of all time?

The Reds are unbeaten and have won 20 out of their opening 21 league games this season, dropping just two points with a goal difference of 36.

We’ve looked at the best ever starts from clubs in Europe’s top five leagues to see how each team did that season and how they compare to Liverpool.

Pep Guardiola’s Barcelona team of 2010-11 are often regarded as one of the greatest clubs sides of all time and it’s not hard to see why.

Barcelona won 19 of their opening 21 league games that season, drawing with Mallorca and losing against Hercules – a return of 58 points out out of a possible 63 and a goal difference of +56.

Guardiola’s team went on to win the La Liga title with 96 points and also won the Champions League, beating Manchester United in the final.

By 2018, Juventus had already won seven Serie A titles in a row, but they signed Cristiano Ronaldo from Real Madrid with one goal in mind.

“I want to win the Champions League with Juve,” he said. We will focus on that but without obsession, step after step, and then we’ll see: whether this year, next year or the year after.”

Allegri’s side may have missed out on European glory last season, but they had a record breaking start to their league campaign.

Ronaldo helped Juventus win 19 and draw two of their opening 21 games, picking up 59 out of a possible 63 points with a goal difference of +31.

The Bianconeri remained at the top of the league throughout the season, winning Serie A with 90 points, but they were knocked out of the Coppa Italia and Champions League at the quarter-final stages.

These are the best three starts in the Big 5 leagues, then those 15 ranked. LFC have broken PSG's record for Big 5, and MCFC's record for England. It's remarkable how many of these are so recent. pic.twitter.com/yBZwAEqLkj

Bayern Munich were already European champions when Guardiola took over in 2013, but he guided him to victories in 19 of their opening 21 league games at the start of 2013-14. They took 59 points out of 63 and also had a goal difference of +48.

The only games that Guardiola didn’t win in that period were 1-1 draws at Freiburg and Bayer Leverkusen.

Bayern only lost two games all season, winning Bundesliga with 90 points out of a possible 102. They also won the German Cup but were knocked out of the Champions League by Real Madrid in the semi-finals.

Pep Guardiola has certainly left his mark on European football as manager of three of the teams on this list.

His Manchester City broke several records in the 2017-18 season and had 19 wins and two draws after 21 games plus a goal difference of +49.

City strolled to the title, becoming champions in April and going on to record a 100-point total.

They also added the League Cup to their trophy collection that season but were stunned in the FA Cup by Wigan Athletic and were knocked out of the Champions League by Jurgen Klopp’s Reds in the quarter-finals.

It didn’t surprise anybody when PSG won Ligue 1 last season, but their start to the season was still really impressive.

The French champions won 19 of their opening 21 leagues games and had an incredible goal difference of +60. They only dropped points in a 2-2 draw at Bordeaux and a 1-1 draw at Strasbourg.

Thomas Tuchel’s side won the title at a canter as they picked up 91 points and finished 16 points ahead of second-placed Lille. But after going unbeaten for the first 22 league games they lost five of their next 16 games.

PSG also finished as runners-up in the Coupe de France after losing to Rennes on penalties, while a Manchester United comeback knocked them out of the Champions League in the round of 16.