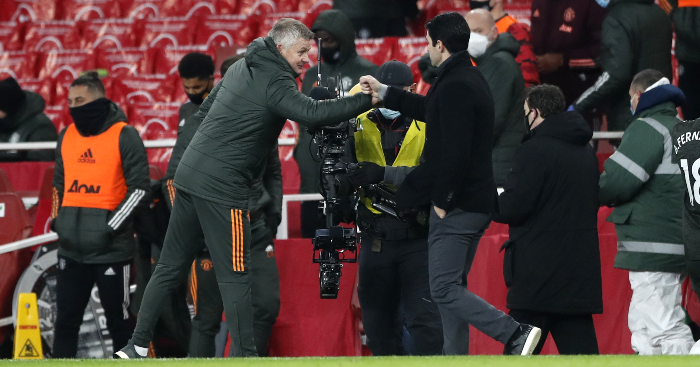 To win any league title, you have to be able to beat the very best in the league – Manchester United will know that better than anyone else.

With 20 titles to their name, they are on the hunt for number 21 and currently sit in second place, just three points behind arch-rivals Manchester City.

Despite recently beating Liverpool in the FA Cup, Ole Gunnar Solskjaer’s side have still struggled against the big sides in the league this season.

Only Liverpool had a better record than United in these fixtures last season but they have failed to replicate that form in 2020-21, scoring just one goal in six league games.