How much L’pool, Man Utd, City & Spurs have earned from the CL this term 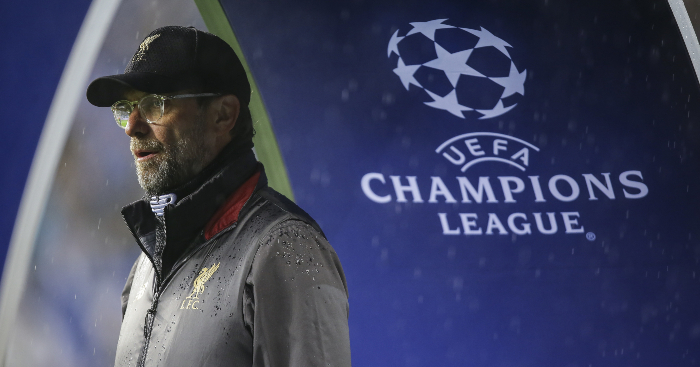 The revenue which Liverpool, Manchester United, Manchester City and Tottenham have earned from the Champions League so far this season has been revealed – and it’s a significant increase on last year.

Funds are rewarded on a number of factors, but clubs that go deeper into the tournament are handsomely rewarded, which is good news for Tottenham and Liverpool.

The new global broadcast deal for the Champions League took effect this year and is comparable to the revolutionary bumper Premier League deal back in 2016, which helped bring untold riches to Premier League clubs.

The way the money is split is convoluted and partly weighted to prop up the old guard, but the most significant factor is there’s been a 54% increase paid out to clubs.

All four of the Premier League teams are set to be handsomely rewarded from the Champions League this year, with a significant windfall due for going deep into the competition.

This means that the Premier League teams, all four of whom reached the quarters, received €45m for their progress alone. On top of that, Liverpool and Tottenham earned an extra €12m for getting past Porto and Manchester City, with the potential of a further €34m to come.

Jurgen Klopp’s Liverpool have done particularly well out of the competition recently, with the German yet to lose a two-legged European knockout tie in charge of the club. Last season the Reds earned €78.2m for reaching the ill-fated final against Real Madrid.

There have reportedly been wranglings behind the scenes from the likes of Juventus and Bayern Munich, who have conquered their domestic games and are looking for a bigger share of cash by restructuring European football, with a so-called “super league” touted.

UEFA have already compromised to the more powerful clubs by guaranteeing that the Premier League, Serie A, Bundesliga and La Liga have four clubs confirmed in the competition every year, without having to navigate any early play-off rounds.

Another compromise is the coefficient system, which rewards the more established regulars, such as Real Madrid and Bayern Munich, by rewarding those on a rolling 10-year basis.

This means that those European powerhouses earn more than sides such as Liverpool and Tottenham, who haven’t been regulars in the past decade, not to mention smaller clubs from outside the big five leagues.

With everything included – participation, performance, TV pool and coefficient ranking – Manchester United have actually earned the most so far with €94m, then City just behind with €93m, then Liverpool on €92m, with Spurs earning €86m.

That could change depending on how Spurs and Liverpool do in the upcoming semis against Ajax and Barcelona.

City and Liverpool have already booked their place in next year’s competition, but there’s a four-way battle for the last two spots. Arsenal and Chelsea will be desperate to return, given the windfall they’ve missed out on this season.

If you want to pick over the nitty-gritty of the deal this year, it’s worth reading @SwissRamble’s meticulous twitter thread.

Club-by-club: A breakdown of the 2017-18 Premier League prize money