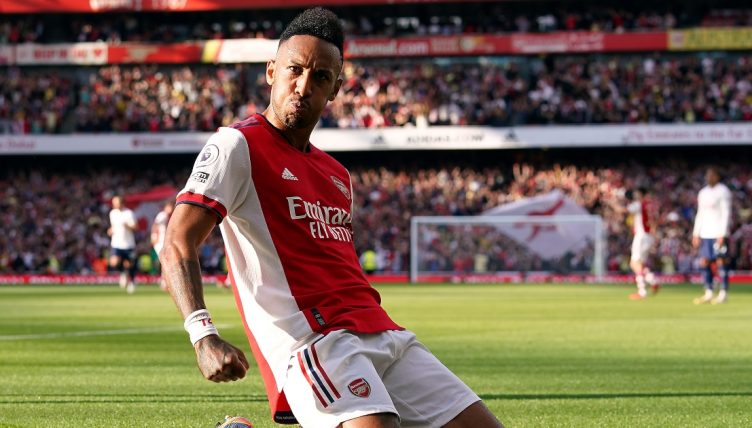 Aubamenyang joined Arsenal for Borussia Dortmund in January 2018 and followed in Thierry Henry’s footsteps by taking the No.14 shirt.

Arsenal spent years trying to find a replacement for Henry, who became their all-time top goalscorer before departing for Barcelona in 2006.

But Aubameyang didn’t feel any pressure and hit the ground running at Arsenal, establishing himself as one of the best players in the Premier League.

“He is the closest thing to Thierry Henry that I have seen since he left the club, he really is that good,” former Arsenal defender Martin Keown told BT Sport in November 2018.

The Gabon international won the Premier League Golden Boot award in 2018-19 and almost single-handedly fired the Gunners to the FA Cup in 2020.

But he struggled to produce his best form after signing a new contract in 2020 and was ultimately discarded by Arsenal manager Mikel Arteta.

Aubameyang followed in Henry’s footsteps again by joining Barcelona and we’ve taken a look at their Arsenal records in all competitions to see how the two strikers compare.

As the stats show, Aubameyang is 136 goals behind Henry on the all-time goalscorer’s list but they actually scored an Arsenal goal at a very similar rate.

But the former France international was also renowned for setting up goals, and he averaged a direct goal contribution more regularly.

Aubameyang was undoubtedly one of the best Arsenal players of the Emirates era! 🤩

Now he starts his new chapter at Barcelona…pic.twitter.com/bVHGj8A4cR