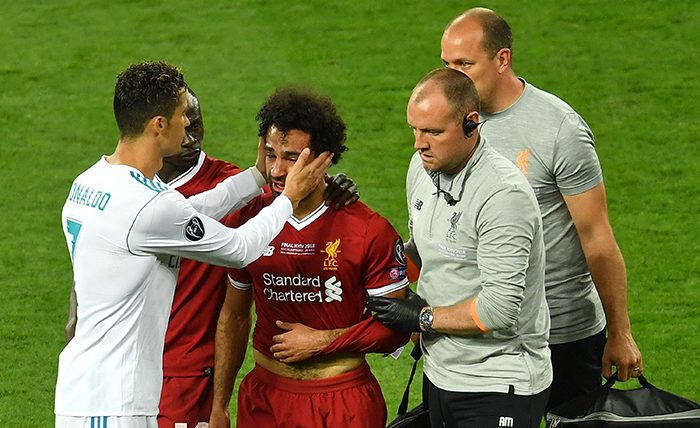 Since the European Cup was rebranded as the Champions League in 1992, the only Premier League sides to reach the final are Manchester United, Liverpool, Arsenal and Chelsea.

Liverpool made it to the final in Kiev last season, where they lost thanks to the sloppy hands of Loris Karius and the untimely resurgence of Gareth Bale, but what does history suggest they might do in their follow-up campaign?

We look at how the four English clubs fared in the season immediately after they made it to the Champions League final.

In the most dramatic circumstances, United scored two in the dying embers of the final to beat Bayern Munich 2-1 at the Nou Camp.

It was their famous treble-winning season, but the trouble with being so successful the year before is that the pressure is on to repeat such achievements.

But in 1999-00, the side fell short in Europe, going out in the quarter-finals to Real Madrid, while in the League Cup they were knocked out by Aston Villa 3-0.

The Red Devils didn’t participate in the FA Cup to defend their title, as they decided to compete in the 2000 FIFA World Cup Championships instead.

They did, however, reclaim the Premier League again, finishing on 91 points, some 18 points ahead of runners-up Arsenal.

The Reds had just done the unthinkable. They won the Champions League, overcoming a three-goal deficit at half-time against AC Milan to win on penalties.

Liverpool didn’t reach for the stars in the transfer market over the summer, though. Robbie Fowler rejoined, while neither Daniel Agger nor Pepe Reina arrived to any great fanfare – though both, of course, proved to be great signings.

The following season, with Rafa Benitez still at the helm, Liverpool were knocked out in the round of 16 by Benfica.

Domestically, they finished third in the Premier League but won the FA Cup by beating West Ham on penalties after a 3-3 draw, similar to their exploits in Istanbul he season before. 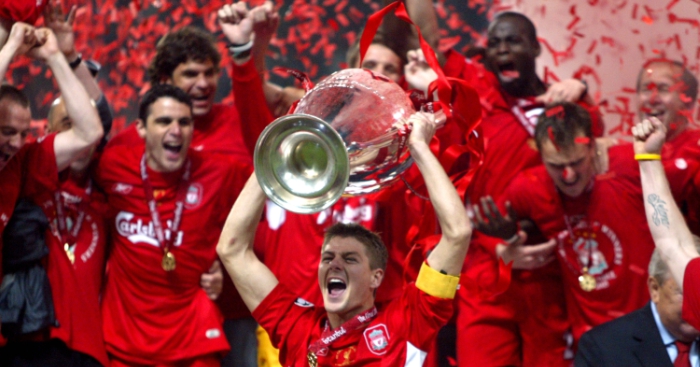 READ: 10 of the best Champions League away wins by Premier League teams

Arsenal lost 2-1 in the Champions League final to Barcelona, in what was their last season at Highbury.

New additions over the summer ahead of the move to Emirates Stadium included Alex Song, Tomáš Rosický and William Gallas, but they failed to repeat their European exploits, going out to PSV in the round of 16

Domestically, the Gunners held their own against other title contenders, but losses to Fulham, West Ham, Bolton Wanderers and Sheffield United saw them finish fourth in the league.

They made it to the League Cup final but lost to Chelsea, and were knocked out in the fifth round of the FA Cup by Blackburn Rovers.

Once again Liverpool faced AC Milan in the Champions League final, but this time the Italians came out on top, winning 2-1.

Javier Mascherano, Ryan Babel, Lucas Leiva and Fernando Torres were among the names signed that summer, the latter netting 33 times in all competitions, and the Reds had another good run in Europe, making it to the semi-finals, where they lost 4-3 to Chelsea on aggregate.

Benitez’s men finished fourth in the league, while in cup competitions they bowed out of the FA Cup in the fifth round, and in the quarter-finals of the League Cup.

READ: A detailed recollection of the 2007 UCL final – on and off the pitch in Athens

It was Nicolas Anelka’s tame effort from the spot that meant Manchester United won the Champions League in 2008, but the Frenchman was the Blues top scorer the following season.

In the summer, Chelsea signed Deco, Ricardo Quaresma and Jose Boswinga, but a disappointing first half to the season saw Luiz Felipe Scolari sacked in February and replaced by Guus Hiddink.

The west London side finished third in the Premier League and won the FA Cup under their new boss, while in the Champions League they lost in the semi-finals to Barcelona.

Ten years after their previous European trophy, United won the Champions League against Chelsea. John Terry and Anelka sealed the win for United with their penalty misses after extra-time.

Among the new arrivals for United were Dimitar Berbatov, and twins Rafael and Fabio da Silva, but the biggest win was convincing Cristiano Ronaldo to hold off his move to Real Madrid for another season.

Ronaldo duly top scored as United went close to a quadruple, winning the Premier League and League Cup, making the semi-finals of the FA Cup, and losing in the Champions League final 2-0 to Barcelona courtesy of goals from Samuel Eto’o and Lionel Messi.

Antonio Valencia was purchased for an undisclosed fee, while Michael Owen joined on a free transfer, much to the annoyance of Liverpool fans.

United won the League Cup that season but were pipped to the Premier League title by Chelsea, lost in the FA Cup third round to Leeds, and were knocked out of the Champions League by Bayern Munich in the quarter-finals.

Having been beaten in the final by Barcelona again, United signed Phil Jones, Ashley Young and David De Gea – players who remain at the side to this day – but had a season to forget.

In what was one of the most famous final days of the season, Manchester City won the title, while United were knocked out in the group stages of the Champions League and then bowed out of the Europa League to Athletic Bilbao.

The Blues appointed, rather unpopularly, former Liverpool boss Benitez in his place and went on to finish third in the league and reached the semi-finals of the FA Cup and League Cup.

More impressively, they completed a unique European double, winning the Europa League with a 2-1 win over Benfica.

Their top scorer in all competitions that season was Fernando Torres, who bagged 22.