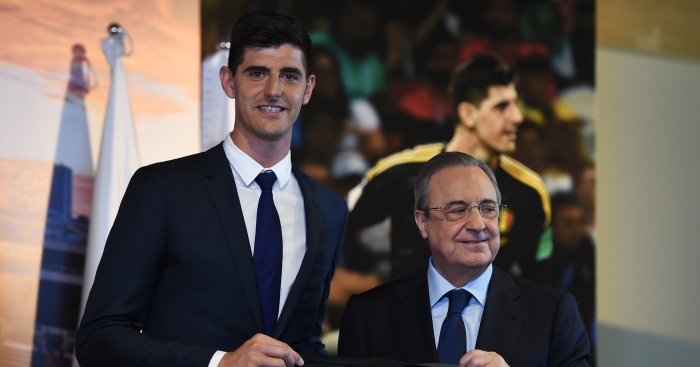 Real Madrid have been famed for their Galácticos policy under Florentino Perez – but it has now been four years since they made a marquee signing.

Real spent big money on Luis Figo, Zinedine Zidane, Ronaldo and David Beckham in successive summers between 2000 and 2003 in Perez’s first reign as president, winning La Liga twice and also the Champions League during that time before success was halted.

Perez continued in the same vein when he was re-elected president in 2009, signing the likes of Kaka, Cristiano Ronaldo, Gareth Bale and James Rodriguez over the next five years, but the capital club’s spending since 2015 suggests the second Galácticos era is well and truly over.

Having finished second in La Liga the season before, Real sacked Carlo Ancelotti and replaced him with Rafael Benitez.

However, the new man was not backed with a marquee signing. Danilo and Casemiro were signed from Porto for a combined €39million, while Mateo Kovačić moved from Inter for €29million, but none were the sort of glittery arrival that fans had become accustomed to under Perez.

In fact, their total spend of €83.5million was only €20million more than had been splashed on Rodriguez alone 12 months previously.

Barcelona did not go big either, bringing in only Aleix Vidal and Arda Turan, although they had to wait six months for their debuts because of a ban on registering new players, but the Catalans retained the La Liga title, with Real sacking Benitez in January and putting Zinedine Zidane in charge.

Atletico Madrid, meanwhile, bought Jackson Martinez, Luciano Vietto and Yannick Carrasco as they outspent both of their title rivals. 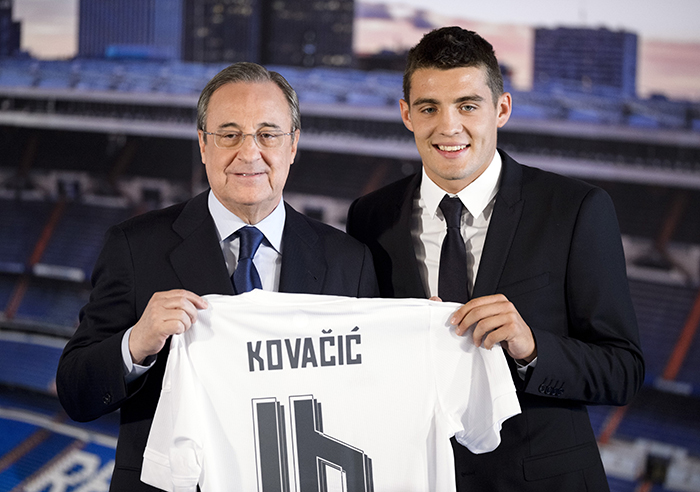 Remarkably, however, the striker was their only purchase, though Marco Asensio returned from a loan spell at Espanyol to play a major role under Zidane.

Barcelona, on the other hand, invested heavily in the future with new signings Samuel Umtiti, Lucas Digne, Andre Gomes and Paco Alcácer all under the age of 24, and Jasper Cillessen their oldest buy at the age of 27.

Atletico spent more than double that of Real as they once again looked to bolster their attack by bringing in Kevin Gameiro from Sevilla for €32million.

Despite the relatively small amount spent on signings, Real enjoyed one of the most successful seasons in their history, winning four trophies in all, including La Liga and the Champions League.

Zidane’s success in his first season seemed to work against him come the summer as Perez saw fit to spend just €40.5million, despite the departures of Morata, Danilo, Pepe and Rodriguez.

They brought in Theo Hernandez and Dani Ceballos, but the youngsters were far from regulars that season – Caballos made 12 appearances, while Hernandez made 13.

By stunning contrast, Barcelona went all guns blazing over the course of the season, spending €323million to bring in star names such as Philippe Coutinho and Ousmane Dembele.

Atletico, meanwhile, bought Diego Costa back from Chelsea for €65million, but the forward could not feature for the side until January 2018 as per their transfer ban.

Real won the Champions League for a second consecutive time under Zidane but slumped to a third-place finish in La Liga as Barça won the domestic league and cup double. 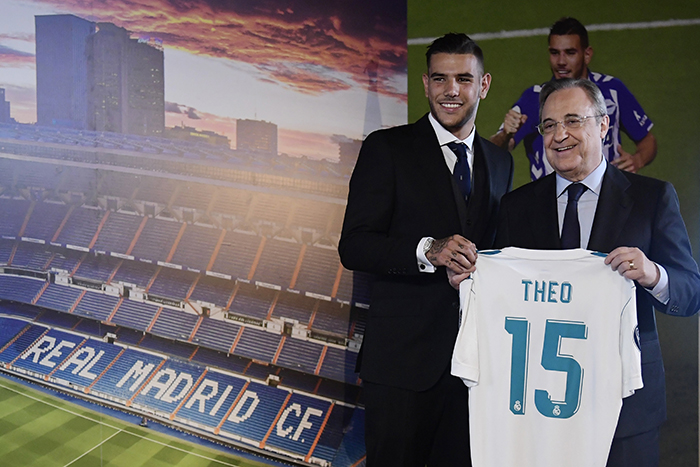 Perhaps having been informed what was to come, Zidane resigned as manager five days after the Champions League final. He cited a “need for change”, but whether that change needed to come in the dugout is very much open to debate.

Spain national coach Julen Lopetegui was appointed as his replacement but was powerless to prevent Cristiano Ronaldo from leaving for Juventus for €100million.

Real spent €35million of that windfall to sign Thibaut Courtois from Chelsea, but a new goalkeeper was not exactly top of fans’ wishlists going into the new season.

But rather than sign a high-profile name to fill the gap left by Ronaldo, Real bought back Mariano Diaz from Lyon for €23million and handed him the No.7 shirt.

Álvaro Odriozola was also signed from Real Sociedad, while Vinícius Júnior’s €45million transfer from Flamengo was completed once he turned 18, but Real’s total net spend was remarkably less than €10million.

Barça only spent marginally more than Los Blancos on Malcom, Arthur, Arturo Vidal and Clément Lenglet, but unlike their rivals, they had not just lost their star player.

Atletico, meanwhile, signed Thomas Lemar, a player who was a target for several European sides, for €60milliion.