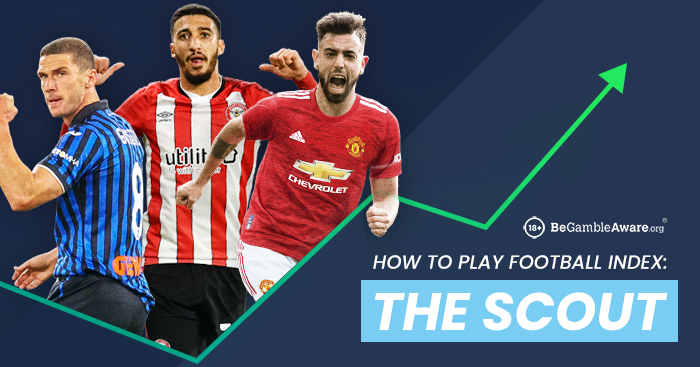 Do you have an eye for the next big thing? Do you have good knowledge of football all around the world? And, most importantly, do you want a way of winning money from that knowledge?

If yes to all of the above, then Football Index, ‘The Football Stockmarket’, might be for you.

Football Index is a real-money betting platform where you can buy and sell shares in footballers.

We have looked at ‘Columnists’ and ‘Viewers’ in separate articles, but here we are going to focus on those of you that are ‘Scouts’.

We’ll show how this approach could have made you money to date, and how it still could in the coming months… 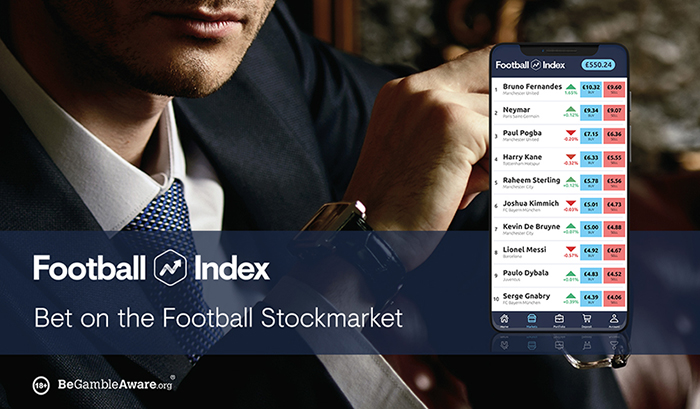 Being a ‘Scout’ essentially means that your strategy on Football Index is about targeting those players that have a low share price but whose value could rise through capital appreciation in the near future given what you know about them.

That could be, for example, due to them being on the verge of their first-team debut or a big move.

So if you’d guessed that the Portuguese was on his way to Old Trafford – and even better, the impact he was going to have – then you’d have made a tidy 245% profit.

And that’s on share price growth alone, without taking into account what he has made traders in dividends alongside that.

Dividends can be won in one of three ways: Media Dividends, Matchday Dividends or In-Play Dividends.

You can read more about these cash bonuses here.

If you’d foreseen the success Atalanta would go on to have in 2019-20 and decided to pick up shares in their German left wing-back this time last year, then you’d really have reaped the rewards – a 103% profit, to be precise.

Part of predicting this coming campaign’s risers is about evaluating which teams will perform well, and then looking within those teams for the under-the-radar stars.

We like the look of RB Leipzig and Inter Milan ourselves…

Benrahma was as high as £2.10 earlier this year as speculation continues around the talented Algerian’s future, and as per the figures above, anyone buying the 25-year-old 12 months ago could have made a 120% profit.

And with a move to West Ham on the cards before the transfer window closes, that price could continue growing. 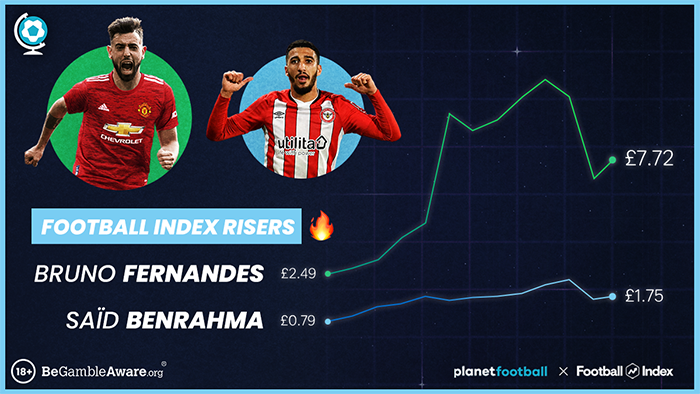 If those are some of the players you could have made a pretty penny on over the past 12 months, what about the coming year?

Here are three tips we think could see a big jump, but as a ‘Scout’ you’ll no doubt have your own.

With the Brazilian expected to hold down the left-back slot, take set pieces and generally continue his attacking instincts, he could be one to watch.

However, with the fixtures coming thicker and faster than perhaps any other year, and his acclimatisation period coming to an end, he should get more chances to shine in the Liverpool first XI.

And that could mean goals, assists and an overall rise in sentiment towards the Japanese forward.

Bournemouth have already seen one of their star forwards leave the club in Callum Wilson, and King could be next.

It’s unlikely they will be back in for him again, but several other Premier League clubs are keen, including the upwardly-mobile Aston Villa.

With proven pedigree and at just £0.86, King could be worth a punt. 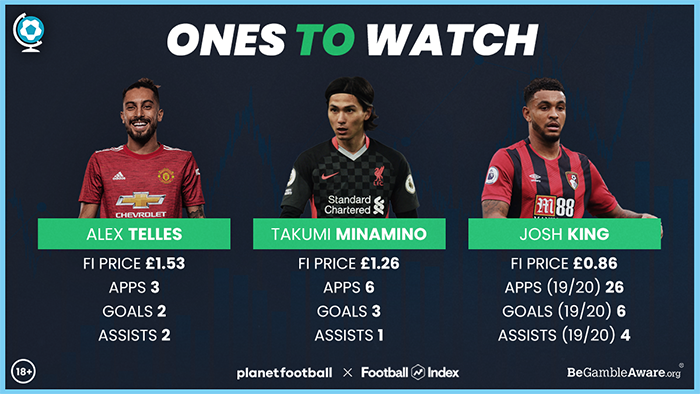 It’s important to state that the players you buy on Football Index can also bring losses as their form dips, they suffer injury, or they just fall out of favour.

So deciding your level of deposit is a big decision to make when joining the platform.

But what the above tries to show is that if you follow a particular strategy, informed by research and knowledge, then it is likely that more of your choices will pay off.

If you fancy swotting up some more, here’s our explainer guide on the basics.