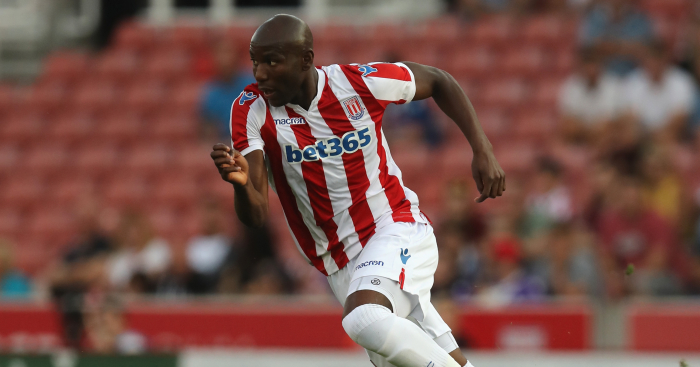 Stoke City, Aston Villa and Leeds United are among the favourites to win the Championship this season – but how have their new signings fared in pre-season?

The Championship kicks off this weekend looking as competitive as ever, with a number of teams targeting promotion come the end of the campaign.

As always, there are bound to be some surprise packages, but we’ve looked at the transfer business of the eight favourites to see how may have given themselves an advantage over their competitors.

Relegated from the Premier League after 10 seasons, Stoke have been made the bookies’ favourites to bounce straight back as Championship title winners.

That is based on them retaining most of their key players – only Xherdan Shaqiri of last season’s regulars has departed – and adding proven Championship quality in the shape of Benik Afobe and Tom Ince.

James McClean has also been signed from West Brom, while Peter Etebo appears to be one of the most astute signings around at £6.3million based on his performances at the World Cup for Nigeria and his friendly appearances for the Potters.

However, Stoke have struggled in pre-season, scoring only once in their last four friendlies against St Pauli, Wolves, Hamburg and SV Meppen, albeit the latter two games were only 45 minutes long.

With new manager Gary Rowett adopting a 4-3-3 formation, fans will no doubt be concerned that none of the new front three have managed to get off the mark and, perhaps even more so, that sloppy goals have been conceded, particularly in the 2-0 defeat to St Pauli.

In attack, McClean has impressed with his energy and enthusiasm on the left of the front three, suggesting he may quickly win over those that were predictably unhappy to see him move to the Bet365 Stadium, and the Championship’s biggest spenders are expected to strengthen further still before the window closes.

After guiding the side to the play-offs last term, Tony Pulis has just made small tweaks to his squad to date.

The £7million capture of Aden Flint from Bristol City has caught the eye – as have his early showings in pre-season – while Paddy McNair has joined from Sunderland after impressing in midfield during the second half of last season.

Full-backs Fabio and Antonio Barragan have left the Riverside, with Patrick Bamford sold in a £7million deal to Leeds in order to raise more funds, which could be spent on Ipswich striker Martyn Waghorn.

Boro’s pre-season results have been mixed, losing to Rochdale, Accrington Stanley and Sturm Graz, albeit thrashing Hartlepool 5-0 in their final friendly – although Flint and McNair did not feature in their last two fixtures ahead of the new campaign.

Darren Moore has had to make relatively few changes to the squad which he helped inspire to a mini-revival towards the end of last season.

Jonny Evans, James McClean and Ben Foster are the notable departures, but Sam Johnstone and Kyle Bartley are solid replacements in goal and at centre-back.

Johnstone has appeared only once in pre-season, in a 5-2 win over Coventry, while Bartley played three times – although the duo are yet to keep a clean sheet between them.

Solomon Rondon is a target for Newcastle, although talks have reportedly stalled, which could affect the Baggies’ own need for a striker – previously it looked as though Dwight Gayle might head in the opposite direction from Newcastle.

Moore’s side have gone unbeaten in pre-season, with Harvey Barnes, a loan signing from Leicester City, impressing with a brace in the win over Coventry.

Further incomings are expected, with Yeovil having accepted a bid for 22-year-old full-back Tom James.

One of the division’s big spenders, Aitor Karanka has been able to spend over £25million on new recruits after Forest finished a disappointing 17th in 2017-18.

João Carvalho is undoubtedly the headline capture after the attacking midfielder arrived in a £13.2million move from Benfica. And the 21-year-old has impressed in pre-season alongside fellow Portuguese recruits Diogo Goncalves and Gil Dias, with the latter scoring in impressive victories against Malaga and Bournemouth.

Lewis Grabban is another exciting signing, arriving for £6million after a season in which he scored 20 goals in the Championship. Michael Dawson, Jack Colback, Jack Robinson and Costel Pantilimon are also reliable additions.

“Karanka can look back on a hectic summer of business with a huge amount of satisfaction and contentment,” wrote Paul Taylor in the Nottingham Post. Karanka himself has described pre-season as “almost perfect”.

The mood among Leeds’ supporters is now much more optimistic after a productive week in the transfer market.

As summer-long pursuits of Abel Hernandez and Matej Vydra showed no signs of resolution, there were major concerns that a squad which had badly struggled in the second half of last season had only been bolstered by the loan signings of Jamal Blackman and Lewis Baker.

But the past week has seen Barry Douglas, Patrick Bamford and Jack Harrison arrive at Elland Road, making the Whites look much more competitive under Marcelo Bielsa – arguably their most exciting signing of the summer.

The trio have not arrived in time to feature for the club in pre-season, while Baker has shown glimpses of quality and Blackman vies with Bailey Peacock-Farrell to start in goal against Stoke on the opening day.

Ronaldo Vieira’s sale to Sampdoria came as a surprise, but the impressive pre-season form of the returning Mateusz Klich – a midfielder who joined last summer but was loaned out after failing to establish himself in the side – has eased that departure.

Centre-back remains a concern for supporters, however, with Bielsa opting to convert midfelder Kalvin Phillips and full-back Gaetano Berardi instead of dipping into the transfer market – despite a deal for Kyle Bartley appearing on the cards before the manager’s arrival.

Leeds’ most expensive signing since Robbie Fowler 17 years ago. Bamford still only 24. Fifth arrival of the summer. #lufc

The worries of a potentially ominous summer at Villa have been eased by the takeover of NSWE group, owned by Egyptian billionaire Nassef Sawiris and the American billionaire Wes Edens.

Steve Bruce has remained as manager despite reports suggesting Thierry Henry was on the verge of being appointed at one stage, but he has been unable to sign any new recruits to date, missing out on the loan of Liverpool youngster Ben Woodburn to Sheffield United.

Jack Grealish remains at Villa Park, but The Times suggest Tottenham are in advanced talks to sign the midfielder.

A 4-1 win against Walsall and a 4-0 victory over Burton Albion have been the highlights of Villa’s pre-season, while they were beaten 3-1 at home by West Ham.

Bruce admits a new striker is a priority, with Jordan Hugill and Tammy Abraham targets, according to the Birmingham Mail.

Frank Lampard is the headline arrival at Derby, with the former England international taking on his first managerial role at Pride Park.

Lampard’s Chelsea connections have seen the Rams land highly-rated midfielder Mason Mount on loan, while Liverpool’s equally promising attacker Harry Wilson has also joined until the end of the season.

Mount has already earned plenty of praise from Lampard after scoring in Derby’s 2-1 win over Wolves (they have also beaten Southampton 3-0 in pre-season).

“I hate to put pressure on [Mount], but I have so much belief in his quality,” he told the Derby Telegraph. “Mason has got great quality, great energy which you saw, speed in his game, awareness and he scored goals last year in Holland.

“He has got the ability to end up in the six-yard box, as we saw with the goal against Wolves.

“That is something that can define a midfielder player from the rest of the group – someone who can not only be very good in the middle of the park, but can arrive in the box and score.

“Too many midfielders don’t want to go the extra yard, but he does and then things like that happen.

“Without heaping too much on Mason, I think he can be very good for us this season. At 19 years of age, it is all in his hands.”

Peterborough striker Jack Marriott, last season’s top scorer in League One, and Brentford winger Florian Jozefzoon have also been signed in £3million deals, while defensive midfielder George Evans recently arrived from Reading and could make his debut against his former club.

Matej Vydra’s future remains unclear after a move to Leeds United broke down.

Swansea are as short as 10/1 with some bookies to win the Championship, which is certainly not reflected in the mood of their supporters.

The Guardian’s Stuart James has even mentioned fears of Swansea ‘doing a Sunderland’ and suffering back-to-back relegations with the club having only added three 19-year-old’s – Joel Asoro, Jordi Govea and Yan Dhanda – to their ranks.

Two weeks ago someone said to me Swansea will do a Sunderland. I dismissed it. I’m not dismissing it now. Don’t hide behind ‘don’t read much into pre-season’. Read all you want into the squad. It is what it looks on paper: woeful. One new signing – a teenager. A shambles. Again.

However, since then Bersant Celina has been signed from Manchester City and Barrie McKay has joined from Nottingham Forest, and both will inject some creativity into the side.

Likewise, Asoro, a £2million signing from Sunderland, has been praised for providing some excitement on the wing in pre-season.

A number of senior players have left the club, meaning Graham Potter still faces a big task in his first season at the club.

The 10 most expensive Championship players ever: Neves, Carvalho, Ritchie…