How the last 10 Community Shield winners fared the following season 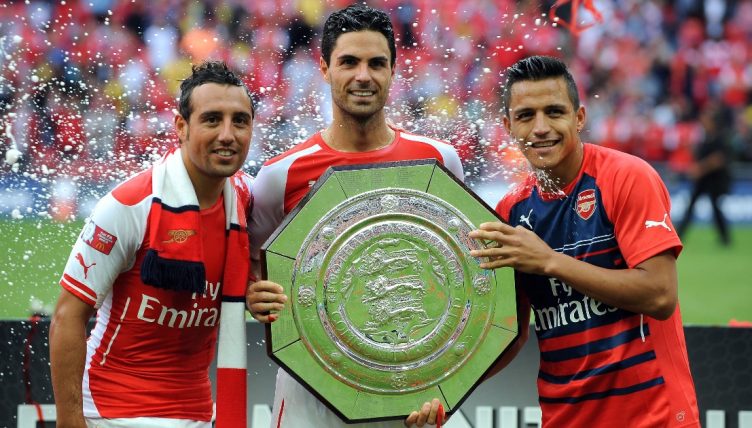 Every Community Shield winner has been coming off a season that involved some success. But how have they fared the following year?

Liverpool are the latest side to lift the Community Shield, having kicked off their 2022-23 campaign with a 3-1 victory over the side that pipped them to the Premier League title last season, Manchester City. But is that a good omen for the months ahead?

For some sides, it proves a catalyst for further success. For many others, it can prove a false dawn. Here are how the last 10 winners fared the season after winning it.

That Youri Tielemans’ match-winner made the Foxes’ 2020-21 season end on a high note after they’d conspired to throw away Champions League football for the second successive season.

The 2021-22 season began with another victory at Wembley, with a late Kelechi Iheanacho penalty delivering a 1-0 win against his former club Manchester City. But while City kicked on and retained their Premier League crown, Leicester took a major step back and endured a forgettable 2021-22 season, finishing eighth without ever challenging for the European spots.

Mikel Arteta’s Gunners shocked Manchester City and Chelsea to lift the FA Cup in 2020 and they returned to Wembley a few months later by shocking Premier League champions Liverpool, the second time in as many seasons that Klopp’s Reds were defeated on penalties.

Such big-game credentials prompted great optimism for Arteta at Arsenal, but the 2020-21 season showed that the club were in need of a great rebuilding project. They finished that Covid-hit, behind-closed-doors campaign in eighth place, the first time since the 1994-95 campaign that they failed to qualify for any European competition at all.

👏 What a goal from Pierre-Emerick Aubameyang for Arsenal v Liverpool in the Community Shield at Wembley.

The last time Man City faced off against Liverpool in the traditional curtain-raiser, a Georginio Wijnaldum missed penalty proved the difference between the two sides, with Pep Guardiola’s men scoring all five of theirs in the shootout at Wembley.

Man City would go on to win the League Cup, but the 2019-20 campaign undoubtedly belonged to Liverpool, who won their first league title in 30 years with a 99-point tally, having dropped just two points after 27 games.

This would prove to be City’s most forgettable campaign of recent years, having gone out of the Champions League at the quarter-final stage against Lyon and lost the FA Cup semi-final to eventual champions Arsenal.

City beat Chelsea 2-0 in the 2018 game and went on to win the league with 98 points. That’s pretty good going in our book.

Sergio Aguero followed his double against Chelsea at Wembley with three goals against the Blues at the Etihad later in the season, while Phil Foden followed his start in the capital with a seven-goal breakthrough season. 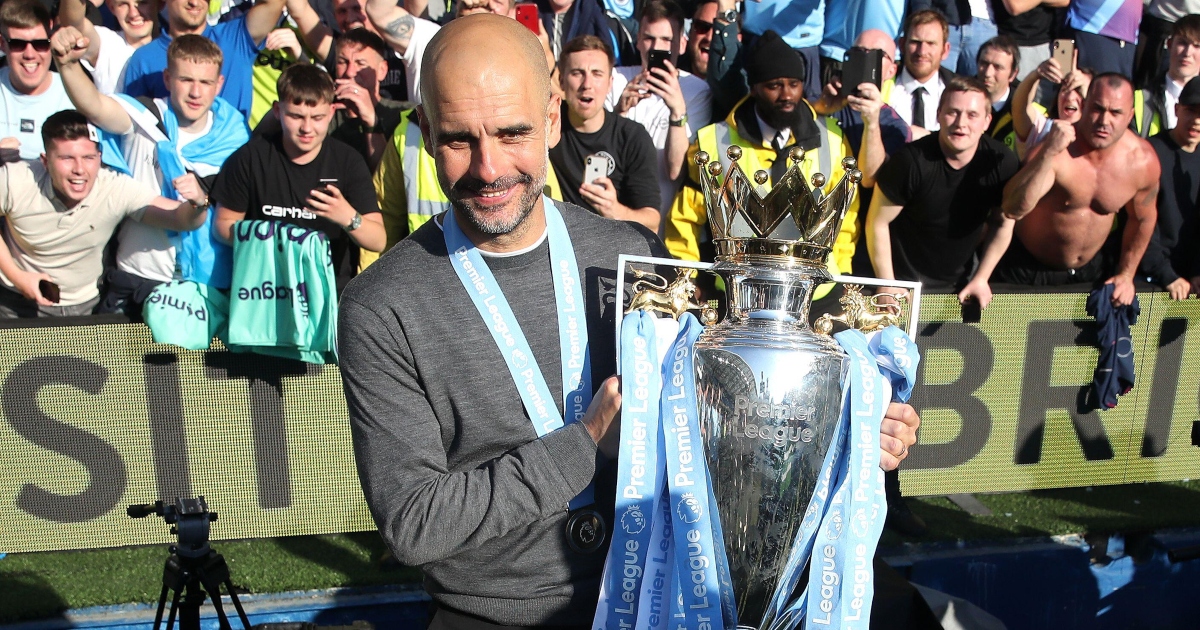 After defeating Chelsea in the 2017 FA Cup final, Arsenal beat the same opponents in the Community Shield, with Thibaut Courtois and Alvaro Morata missing from the spot in a penalty shootout.

However, Arsene Wenger’s men were unable to convert that into a solid season, despite beating Leicester 4-3 in an opening-day thriller.

Sead Kolasinac came off the bench to score at Wembley, but he too struggled after a strong start, while Alex Oxlade-Chamberlain, Alexis Sanchez, Olivier Giroud and even Wenger himself were gone within 12 months.

Jose Mourinho picked up his first United ‘trophy’ at the first attempt as goals from Jesse Lingard and Zlatan Ibrahimovic secured a 2-1 win over reigning league champions Leicester City in 2016.

United followed that with victory in the League Cup and Europa League, with Ibrahimovic continuing his goalscoring form, though their sixth-place league finish was uninspiring.

Morgan Schneiderlin was the only player involved who failed to last the season, joining Everton in January after just three league games under Mourinho, but the following summer saw Wayne Rooney also depart. 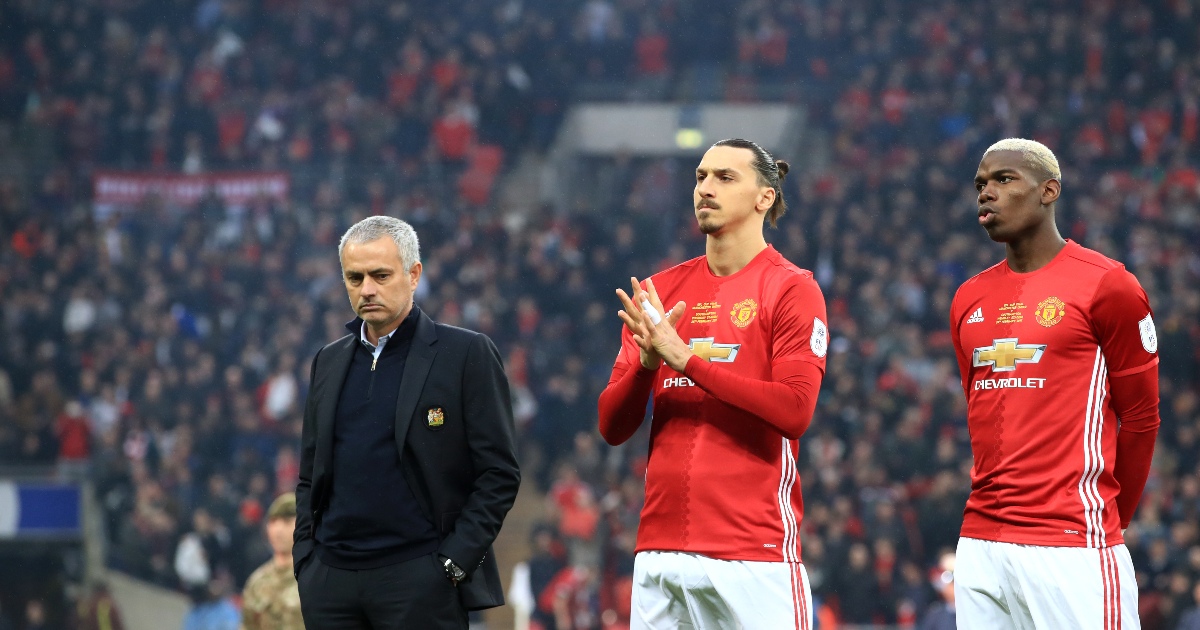 2015 was another Arsenal v Chelsea affair, with Alex Oxlade-Chamberlain scoring the only goal of the game for the FA Cup holders.

Arsenal built on that with a strong league season and a second-place finish, though many will feel they should have got closer to title-winners Leicester.

It was a sign of things to come for the Blues, though, with the 1-0 defeat followed by a flirtation with the bottom three before Mourinho was sacked in December.

The 2014 game saw a battle between two teams who won trophies the hard way the previous season, with Arsenal having come back from 2-0 down against Hull in the FA Cup final and City leaving it very late to pip Liverpool to the league title.

It was very easy for the Gunners this time around, though, with a 3-0 victory and debuts for summer signings Calum Chambers, Mathieu Debuchy and Alexis Sanchez.

Olivier Giroud followed his goal against City with 14 in the league, but Arsenal could only manage third place and another FA Cup after a sluggish league start.

Back in August 2013, two goals from Robin van Persie secured a 2-0 win over Wigan and made some United fans think everything would be okay under David Moyes. How wrong they were.

Van Persie scored 12 league goals that season, but even he will have considered the campaign a disappointment as United fell well short of the top four.

The only real positive was the form of Adnan Januzaj, who was given his debut at Wembley and went on to establish himself under Moyes, but even he fell away after Moyes’ departure and eventually left the club for good.

City announced the first signing after their dramatic 2012 title win on the same day that they beat Chelsea 3-2 in the Community shield, so Jack Rodwell wasn’t involved at Wembley.

The reigning champions would add a few more new signings before the end of August, while Nigel de Jong and Stefan Savic – who both started against the Blues – left a couple of weeks later.

Chelsea would end up parting ways with manager Roberto di Matteo a couple of months on, but Fernando Torres – a scorer at Wembley – enjoyed his most successful goalscoring season of the 2010s.

Can you name Man Utd’s XI from the 2011 Community Shield win v City?