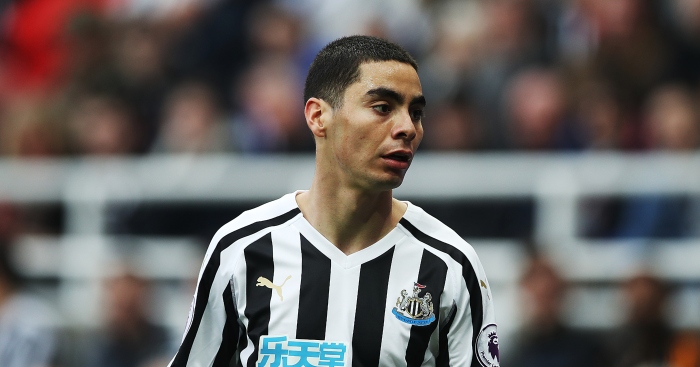 When Newcastle United broke their transfer record to bring in Miguel Almirón from Atlanta United, the deal was met with a bit of confusion.

Admittedly, most of that came from people who saw bafflement as an acceptable substitute for actually doing their research, but that’s by the by.

Major League Soccer has had a mixed record when it comes to sending players to the Premier League, though, and that’s not even meant to be a Mix Diskerud pun.

Still, for every player who has failed to muster a single minute, there are those like Ryan Nelsen and Clint Dempsey who made a huge impression.

With that in mind, we’ve taken a look at the last 10 to cross the Atlantic and step foot on a Premier League pitch – so no room for the likes of Manchester City trio Diskerud, Jack Harrison and Erik Palmer-Brown – to see how they compare to the Paraguayan.

None of them have frustrated Tommy Smith into picking up an extremely stupid red card, that’s for sure.

Miazga was fortunate to arrive in London with Chelsea seemingly collapsing from within, or else he might not have ever got first-team minutes for the London club after joining from New York Red Bulls in January 2016.

He showed up at a time when there was minimal pressure, with Guus Hiddink having begun to lead the Blues to mid-table after José Mourinho’s dismissal, and that meant the American centre-back – as well as fellow youngsters Bertrand Traoré and Kenedy – picked up some minutes in the league.

Miazga has not played since that season, though, spending time on loan with Vitesse, Nantes and Reading. It was during his time with the former that he was caught, and I quote, honking an opponent’s dick. 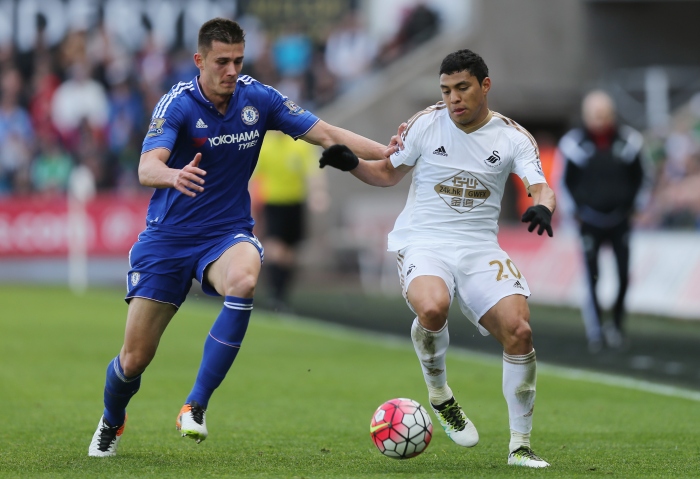 Like Miazga, Yedlin was a relative baby when he made the jump from MLS in August 2014, and Spurs allowed him to stay with Seattle Sounders for the end of what was just his second professional season.

The right-back played just once for Spurs, a brief run-out in a home defeat to Aston Villa towards the end of Mauricio Pochettino’s first season, before leaving for a loan spell at Sunderland and then a permanent one at Newcastle.

There were question marks over the defender even after he helped Newcastle win promotion back to the top-flight in 2017, but he has shown his worth and begun to mature as a player.

Kamara is one of the most prolific strikers in MLS history, with the journeyman striker’s 112 regular season goals bettered by just five players since the league’s inception in the mid-1990s.

The Sierra Leone international was already 29 when he joined Norwich on loan from Sporting Kansas City in January 2013, having led the American club to back-to-back Eastern Conference titles, but he only managed one goal for the Canaries before returning to SKC.

After a few more months in the States, Kamara would return to England for a season in the Championship with Middlesbrough but fell out of favour after Tony Mowbray was replaced by Aitor Karanka and soon moved back Stateside, ending the 2015 campaign with a career-best 22 goals in regular season play.

The midfielder, who had formed a decisive partnership with Paulo Nagamura in the States, was used either in the middle of the park or on the left hand side by Roberto Martínez, scoring a goal against Swansea in May which looked like it could give the Latics a chance of survival only for the Welsh side to stage a second-half comeback.

Espinoza did leave England with a trophy, though, playing 90 minutes in the FA Cup final victory over Manchester City, and has added two more cups with Sporting Kansas City since returning to the club in 2015. 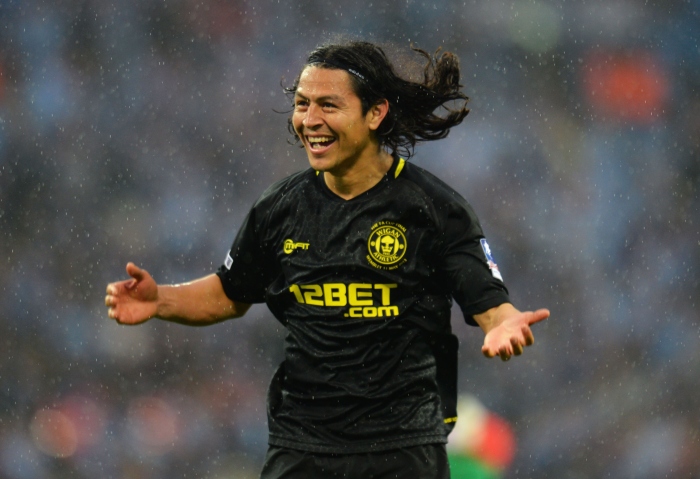 READ: A history of Steve Bruce and Wigan’s love affair with Honduran footballers

Shea cost Stoke £2.5million when he arrived from FC Dallas just a few weeks before his 23rd birthday and big things were expected of the versatile player, who had already racked up more than 100 FC Dallas appearances and more than a dozen US caps.

For whatever reason, though, things didn’t click for him in England, either for the Potters or during loan spells at Barnsley and Birmingham City, and he’ll feel as though he returned to MLS having wasted two years of his career. Although he did make our list of Stoke’s weirdest Premier League signings so it wasn’t completely pointless.

The left-sided player will hope for a fresh start at Atlanta United, having joined Frank de Boer’s side as they look to embark on a title defence without Almirón.

Cameron is one of a handful of MLS players to make his first move to Europe in the prime of his career, having joined Stoke from Houston Dynamo as a 27-year-old in August 2012, and he is one of the biggest success stories from the league.

The US international midfielder, who has also played across the back four, was a regular for Stoke for each of his first four seasons before becoming less of a permanent fixture in the side under Paul Lambert, crossing the 150-mark for Premier League appearances.

The 33-year-old is still on the club’s books, with his contract due to expire in the summer, but has spent the 2018-19 season on loan at QPR in the Championship.

Replacing Gary Cahill at Bolton was always going to be a tough ask for Ream, then a 24-year-old with barely 50 games under his belt after coming through the US college system, and sure enough, he was unable to help keep the Trotters in the Premier League after joining from New York Red Bulls in January 2012.

However, rather than returning home, the centre-back has remained in England, spending three more seasons in the north-west before joining Fulham and helping the club win promotion back to the top flight.

Sadly for the US international, though, it looks like his second Premier League season will also end in relegation. 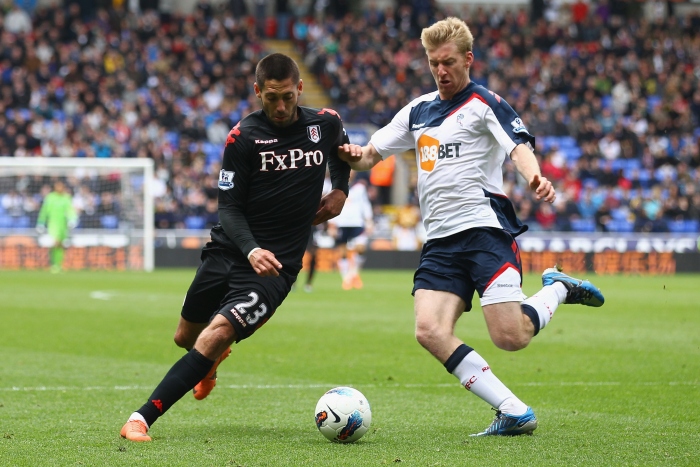 Donovan was a brief success story, but we never got to see enough of him to determine whether he could have done more if given longer in the Premier League.

The forward joined David Moyes’ Everton on loan from LA Galaxy in the lead-up to the 2010 World Cup and impressed for the Merseyside club, not least in a 3-1 win over Manchester United. He returned for a second loan spell a couple of years later, too, but didn’t even reach the 25-appearance mark across the two stints combined.

Donovan is the all-time leading MLS goalscorer, with 145 in 340 games for the Galaxy and San Jose Earthquakes, so there’s an element of ‘what might have been?’ had he been trusted to spend more of his best years in England.

Holden was a fantastic player when he first moved to England from Houston Dynamo in January 2010, and at one point looked like he would stake a claim to being the best MLS import in Premier League history, only for injuries to cut him down in his prime.

It was he who laid on Johan Elmander’s stunner against Wolves, opening his own Bolton account in the same game, but the 2010-11 season would be as good as it got.

He never fully recovered from a broken leg suffered later that season against Manchester United, suffering further knee injuries during a series of attempted returns and ultimately playing his final game at the age of 28.

The Scottish-born player has since moved into punditry, covering European and North American games for Fox in the US.

Guzan took a while to cement himself as a Premier League starter, initially joining Villa from Chivas USA in July 2008 to play second fiddle to compatriot Brad Friedel, but he returned to America with more than 150 Premier League games to his name.

There were some low points, not least being the 8-0 defeat at Chelsea and pretty much the entirety of the 2015-16 season, but there were plenty of positives during his time in Birmingham, albeit his one-season stint at Middlesbrough included less to write home about.

He’s now back in the US and helped Atlanta win last season’s MLS Cup. If anyone knows what Almirón might be capable of in the Premier League it’s Guzan. 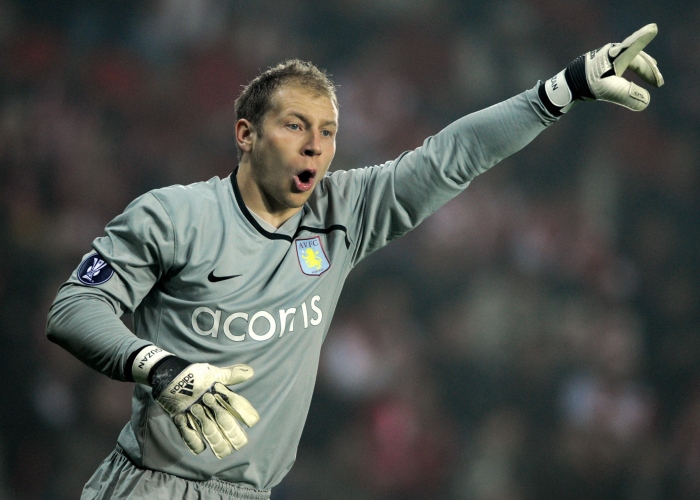