How the last 10 big-name Tottenham departures have subsequently fared 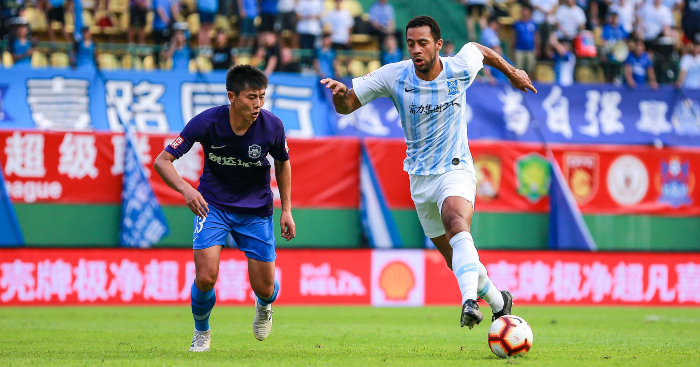 Tottenham may have established themselves as one of the Premier League’s big six, but they have still had to partake in a fine balancing act with their squad without the mega millions of some of their peers.

We’ve taken a look at how the last 10 first-teamers to leave the Tottenham have subsequently fared.

Note: We’ve not included sales from this summer and have only included players who made 20+ appearances in their final season at Spurs to exclude fringe players.

When Dembele was in full flight for Tottenham, there were few more enjoyable players to watch in the Premier League.

Sadly, age and fitness issues began to affect the midfielder’s performances and his departure in January appeared the best for all parties – meaning he left north London with the very satisfying figures of 250 appearances and 10 goals.

Since joining Guangzhou R&F, the 32-year-old has scored once and provided four assists in 22 appearances, although the side have struggled, sitting 11th out of 16 teams in the Chinese Super League.

He may have just been dropped from the England squad by Gareth Southgate, but two Premier League titles, two League Cups and a FA Cup suggest Walker probably made the right decision in joining Manchester City.

West Brom spent a club-record £13million on Chadli, only for a decent debut campaign to be followed by disaster, with the winger making just five appearances as the Baggies were relegated from the Premier League.

The Belgium international still managed to secure a decent transfer to Monaco, although he has been loaned out to Anderlecht after just one season in which he was on the winning side only four times.

A sad story, after making 20 appearances for Hull City following his permanent departure from Spurs, Mason was forced to retire after suffering a sickening head injury in a clash with Gary Cahill.

He is now back at Tottenham as coach of the Under-19 UEFA Youth League side.

Now 27, which feels awfully wrong, Carroll has endured a difficult couple of seasons.

The midfielder was relegated to the Championship with Swansea City, while a loan switch to Aston Villa only saw injury rule him out of their ultimately successful play-off push.

Carroll is now back at Swansea but cannot even make the bench for the surprise Championship leaders, with his only appearance of the season so far coming in the League Cup.

It’s probably fair to say most Spurs fans didn’t expect Paulinho to secure a move to f*cking Barcelona after leaving north London for Guangzhou Evergrande in 2015.

Sure, he’s back in China, but that solitary season at Barcelona produced nine goals and a league and cup Double.

2007: Relegated to the Lithuanian second division

There are few "overnight success" stories. People need to see the stories of the players who had to fight every inch of the journey for their story to be told. pic.twitter.com/Mh5UFiOq2x

Swapping Tottenham, where he had failed to make much of an impression, for PSG was a surprising step up for Stambouli.

While he won all four domestic trophies in Paris, he lasted a solitary season before joining Schalke, where he has remained since, playing alongside another Spurs man Nabil Bentaleb in midfield.

We’re still not over Soldado failing to kick the ball into the crowd at his Villarreal unveiling tbh.

After two seasons at Fenerbahce, he’s just joined Granada. He’s even got a goal and assist in three appearances.

Sigurdsson was named in Mauricio Pochettino’s very first line-up as Spurs boss in a friendly with Seattle Sounders, only to be withdrawn just before kick-off after a deal had been agreed for his transfer to Swansea City.

“He was a perfect player for us,” Pochettino said of Sigurdsson in 2016. “But it was a club decision and his decision to move to Swansea and find another way. Every time we meet him and see him, he shows his quality – not only as a player but like a man.”

The move to Swansea worked out well for Sigurdsson as he rediscovered his mojo and earned a £40million move to Everton, where he has outlasted a plethora of No.10s to establish himself as the main man.

We recently saw him play for Nottingham Forest and he spent quite a lot of the game shanking the ball out of play before berating team-mates for his own mistakes.