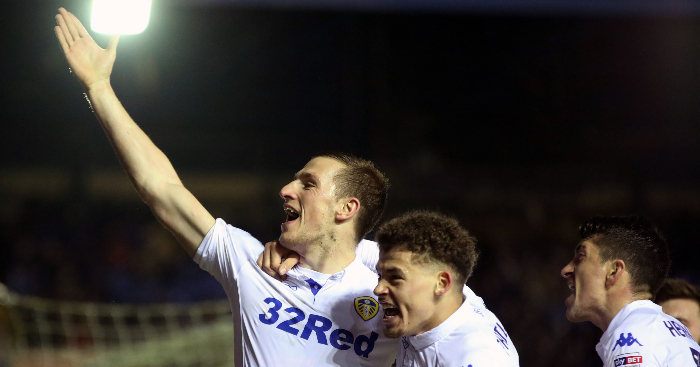 Norwich City striker Teemu Pukki has got off to a brilliant start in the Premier League, scoring against Liverpool and following that up with a hat-trick against Newcastle.

Pukki top-scored with 29 goals in the Championship last season and looks to have adapted well to the step up, but that hasn’t always been the case. We’ve looked at the past eight top scorers in the second tier to see how they fared in the Premier League.

The Czech international forward scored 21 goals for Derby County in the 2017-18 season and was reportedly a top target for Marcelo Bielsa’s Leeds United before they went for Patrick Bamford instead.

Instead, Vydra was fast-tracked to the Premier League to play for Burnley only to be sidelined as Sean Dyche prefered Ashley Barnes and Chris Wood up top, giving Vydra just three starts and 313 minutes in the 2018-19 campaign. He scored just once.

After taking a year to settle in at Leeds, Chris Wood was electric during the 2016-17 campaign, scoring 27 goals for Garry Monk’s Whites as they narrowly missed out on a play-off place.

As has been a common theme with Leeds strikers over the last decade, he left for the Premier League. And this was a striker that Dyche did fancy, the New Zealander scoring 10 Premier League goals in both of his seasons at Turf Moor so far.

Famously making his way up from non-league, Gray enjoyed a career-best campaign in his debut season with Burnley, scoring 23 league goals as they were promoted in 2015-16.

He stayed with the club in their first season back up in the Premier League, scoring nine goals from 32 appearances before moving to Watford in 2017. He’s scored 12 Premier League goals for the Hornets across two seasons.

Murray hit 30 goals for Crystal Palace in their promotion-winning 2012-13 season, becoming the only player to do so in the second tier this century.

Since then, it’s been up and down for the player. He only scored one goal in their first season back, and had spells at Bournemouth and Reading, flitting between the top two divisions, but then he helped Brighton get promoted in 2017, scoring 23 goals that season.

He’s since proven himself in the Premier League, scoring 25 goals in two seasons as the Seagulls consolidated their place at the top.

Lambert is the gold standard of recent years, scoring 27 goals as Southampton went up and a further 28 goals during their first two seasons back in the top flight, earning an England call-up and a big move to Liverpool in the process.

Graham’s 24 goals for Watford earned him a move to newly-promoted Swansea in 2011, where he initially did well in Brendan Rodgers’ side, scoring 12 in his first season at the Liberty.

But the goals soon dried up, with just three in his second, and just two more in 55 top-flight games across stints at Sunderland and Hull.

Bristol City’s Nicky Maynard also scored 20 goals in 2009-10 but never made it up to the top flight, while long-serving Cardiff City stalwart Peter Whittingham eventually did, going up with the Bluebirds four years later.

He scored three goals as they came straight back down, but that’s an unfair standard on which to judge him, with that 20-goal season from midfield a freak outlier in the context of his career.

The stocky striker was the Championship’s top scorer two years running, with 23 and 25 goals between 2007 and 2009, the second time going up with Wolves.

Things quite dramatically fell off from then, when he was still just 23. He scored 10 goals in three Premier League seasons at Wolves and hasn’t been particularly prolific as a Football League journeyman following their relegation in 2012.