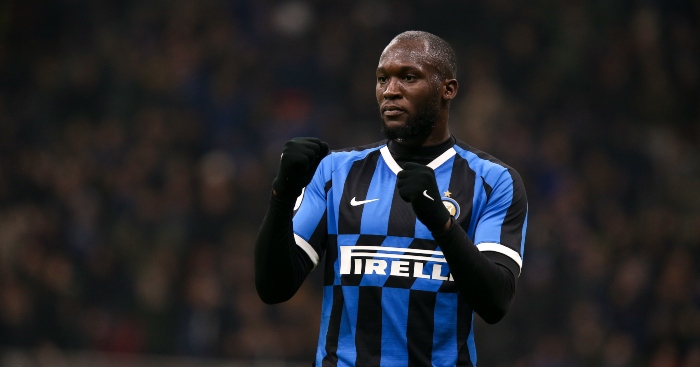 A lot of the biggest transfers in the summer of 2019 saw players trade one Premier League club for another, but there were still a few who left the league for a new country.

Big spending requires every team to make an effort to balance the books, and while for some that means getting one big-name player off the books and picking up a lot of money in the process, others have pushed for reasonably big fees for fringe players.

Not all of the moves have worked out well for the players in question, though. Here’s how the top 10 have been getting on at the halfway point of their first season away.

Hazard is by far and away the most expensive exit, having joined Real Madrid for €100million, and for now he can also be considered one of the biggest disappointments.

After helping Chelsea to Europa League glory, the Belgian has scored more goals for his country than his club this time around, drawing criticism from a fair few in Spain.

Injury has kept him out of the picture since November, but with Zinedine Zidane’s team in fine form without him he may face a fight to regain his place, price tag or no price tag.

Hazard's initial return date was set for the Sevilla match on January 18 but the player and the club wants to avoid a relapse in the injury – currently he's aiming to come back for the derby with Atletico Madrid on February 1 and be 100% for the games vs Man City. [@Marca] pic.twitter.com/dljjQ3MrFo

With every passing week, Lukaku is looking like a bargain for Inter, even at upwards of £50million.

The Belgian has already surpassed the 15 goals he scored in his final Manchester United season, passing the 200 career goals milestone in the process, and his 18 goals in 25 games represents more than Inter’s top scorer Mauro Icardi managed in 2018-19.

“His view is that in England football is much more intense and better to watch, but is essentially chaotic. However, in Serie A he really has to think about what he is doing and I think that will make him a better player,” journalist Rory Smith told the BBC earlier this month.

Manchester City somehow made a profit on back-up full-back Danilo by selling him to Juventus for €37million, though Joao Cancelo moving in the other direction made it seem like less.

The Brazilian scored on his Juve debut but has been forced to share right-back duties with Mattia de Sciglio rather than indisputably making the position his own.

He’s not the only former Premier League player taking time to establish himself in Turin, with Aaron Ramsey trying to play himself into form after injury.

We’ve seen how much Everton have struggled without their Senegalese midfielder, but how’s he getting on at Paris Saint-Germain?

The £30million man has played 12 times in Ligue 1 and four in Europe, including 90 minutes in the comprehensive 3-0 win over Real Madrid, as PSG continue their tradition of starting seasons strongly.

However, with pressure from some quarters to find a way to incorporate all of Thomas Tuchel’s attacking talents into one starting XI, ‘Gana’ may find himself as one of a larger group fighting for one of just two central midfield spots.

Arnautovic finally completed his protracted move to Shanghai SIPG over the summer, netting West Ham £22.5million and earning the Austrian a fair whack too.

He started strongly, scoring nine goals in 11 games to help his new club reach the AFC Champions League play-off round.

The former Stoke man will be back in continental action at the end of January, while the new Chinese domestic season begins in February.

Arnautovic is making his mark in China 💥

While some of the names on this list were expected to thrive, only to struggle, Trippier is the opposite.

It turns out the England right-back simply needed to get away from the Premier League, and he has rediscovered his form since leaving Spurs for Atletico Madrid in a move worth around £20million.

He has been a regular in the league and Champions League, helping Atleti set up a last-16 clash with Liverpool in which he will really be put to the test.

If you don’t recognise the name Dodi Lukebakio, we don’t entirely blame you.

The Belgian winger played just 15 Premier League minutes for Watford after joining in January 2018 and spent last season on loan in the Bundesliga, famously scoring a hat-trick for Fortuna Dusseldorf against Bayern Munich.

That was enough to earn him an £18million move to Hertha Berlin, for whom he has scored five goals in 18 appearances.

Another Bundesliga departure, Lookman moved to RB Leipzig over the summer after impressing on loan at the German side back in 2018.

However, the Englishman’s second spell hasn’t gone to plan, with the impressive form of his team-mates limiting Lookman to just two starts all season.

He has been linked with a move back to England, with Newcastle United reportedly interested in sealing a January deal.

Everton have needed to sell in order to finance moves for the likes of Moise Kean and Alex Iwobi, and Vlasic is another to move away from Goodison Park.

The Croatian was signed by Ronald Koeman but struggled for minutes after the Dutch manager was sacked, playing just three times after the end of January 2018.

He spent last season on loan at CSKA Moscow and completed a permanent £14million switch this summer. He already has seven league goals this season – more than he managed in total last term – and has scored his first international goals to help Croatia secure their place at Euro 2020.

This is brilliant from Nikola Vlasic – scrapped to win the ball back and start the move, then finished it off. pic.twitter.com/HlyyYoxAZh

The list is rounded off by another Evertonian, albeit one with even less game-time for the Toffees.

Koeman’s side fought off competition from across Europe to sign the forward in 2017. But after two solid goalscoring seasons away from Merseyside on loan, the Nigeria international remained unable to secure a work permit to be able to play in England.

Onyekuru joined Monaco for around £12million in the summer but failed to make an impression at Stade Louis II. After four games and no goals, earlier this month he was loaned to Galatasaray, with whom he thrived last year.