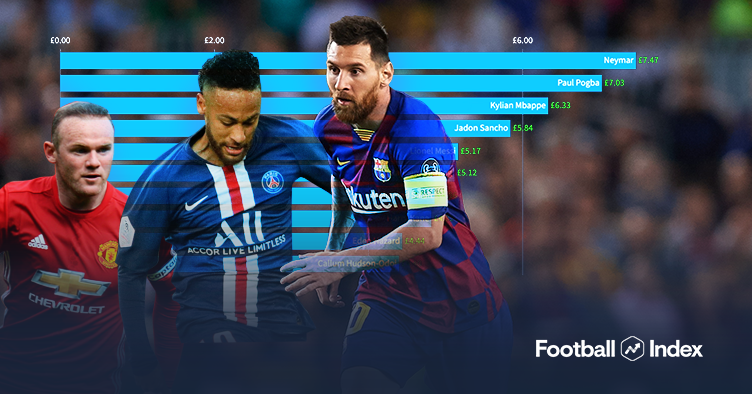 The UK had only just voted to leave the European Union, Roy Hodgson’s England had just been knocked out of the Euros by Iceland and Wayne Rooney was the third most valuable footballer on the market.

Three and a bit years on, the UK still hasn’t left the European Union, everyone loves Gareth Southgate’s England and Wayne Rooney is a few months off joining Derby County.

On the market we’re referring to, Football Index, Rooney’s price has actually risen from £0.55 to, at the time of writing, £0.74. But, suffice to say, he is no longer the third most valuable footballer. In fact, he isn’t even in the top 200.

Launched in 2015, Football Index is the world’s first football stock market and allows you to buy shares in players and, hopefully, make money from their success. That can happen over time as others buy shares in the same player, but you can also make money through match day or media dividends depending on how well a player performs in a game and how much they are talked about in the media.

The number of traders buying and selling shares on the Index is now into six figures, and this season Football Index can be seen on the front of Nottingham Forest’s shirts, but back in June 2016 it had not yet entered the mainstream. 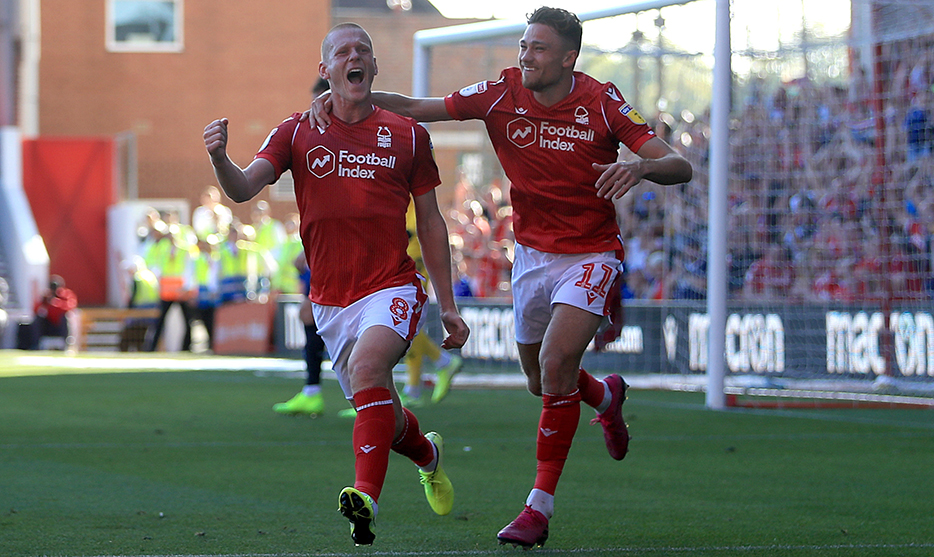 Indeed, a share in the most expensive player on the Index, Cristiano Ronaldo, would have only set you back £0.69 on June 30, the earliest date which values are available from.

Here, we look at how values changed over those three years and three months.

All but three of those players were – or had been in the case of Rooney, Vardy and Ibrahimovic – competing at the European Championship, but it was what happened off the pitch rather than on it in July that had the biggest effect on the market.

With speculation growing that Pogba was set to leave Juventus for either Manchester United or Real Madrid, the Frenchman became the most valuable player on the market at £0.72 as traders rushed to buy shares.

The first month of the season proved the impact of good performances on share prices as Ibrahimovic (£0.67) took over as the most valuable player on the Index having started life at Manchester United with a winner in the Community Shield and then three goals in his first two Premier League games.

Ronaldo, Rooney, Messi, Pogba, Aguero and Suarez maintained their places among the top 10, while Eden Hazard (£0.43), Alexis Sanchez (£0.42) and Diego Costa (£0.41) were new names on a Premier League-dominated list.

Marcus Rashford was the only new entrant to the top 10 over the next couple of months, second only to Ibrahimovic at £0.65 at the end of September, but by the end of November he was down to seventh, though his value had risen to £0.72.

The big news, though, was that two players had passed the £1 mark for the first time – Ibrahimovic was priced at £1.00 exactly at the end of November, while Rooney had regained his position as the most valuable player on the Index at £1.05 despite not scoring a Premier League goal since the opening day of the season.

As if that wasn’t surprising enough, Messi was not even in the top 10. Suarez had dropped out too, leaving Ronaldo as the only non-Premier League player on the list.

Henrikh Mkhitaryan, Mesut Ozil and Antoine Griezmann were new names in the top 10 when 2016 drew to a close, while Dele All was on the list by the end of January 2017 after a run of eight goals in six Premier League games.

The big news, though, was that Costa was now the joint most valuable player on the Index at £1.36 despite falling out with Antonio Conte and being dropped after trying to force through a move to China. Clearly, traders believed a transfer would materialise in that window – but it never did.

READ: Forget accas and make the most of your knowledge on the football stock market

As interest in Football Index continued to grow, Ibrahimovic became the first £2 player in March 2017, while Gabriel Jesus and Romelu Lukaku were also now in the top 10 by the end of the month.

But Ibrahimovic suffered a season-ending knee injury in April and dropped out of the top 10 altogether, while Rooney followed suit by the end of May having scored only five league goals in what proved to be his final year at Old Trafford.

Griezmann (£2.41) was now comfortably the most valuable player on the Index amid rumours he could leave Atletico Madrid for Manchester United, with Lukaku (£1.61), Kane (£1.52) and Jesus (£1.51) some way behind.

Alvaro Morata was the most expensive player on the Index at the end of June as traders looked to capitalise on an anticipated move away from Real Madrid, while by the end of July it was Lukaku heading up the list having joined United.

He was still there at the end of August too, priced at £2.00 after scoring on his debut in the UEFA Super Cup against Real Madrid and then scoring three in his first two Premier League games for Jose Mourinho’s side.

Sanchez was just behind him at £1.90 after a transfer window in which he had looked set to join Manchester City only for it to fall through on deadline day.

The Index changed significantly in September, with Messi (£2.60), Neymar (£2.09) and Ronaldo (£1.89) the three most valuable players at the end of the month, and Paulo Dybala also moving into the top 10 for the first time.

Messi became the first £3 player the following month, while first Philippe Coutinho and then Mohamed Salah entered the top 10 as Liverpool began to establish themselves as more of a force in the Premier League.

Kylian Mbappe had entered the top 10 by the end of January 2018 and was still there following the conclusion of the season at the end of May, but little else changed in the second half of the campaign, with Neymar still the most valuable player, now priced at £4.44.

Salah (£2.93) was fourth on the list after a terrific first season at Liverpool, with Messi and Kane second and third respectively.

The top 10 continued to fluctuate far less in the second half of 2018, though first Kevin De Bruyne and then Raheem Sterling made it in as Manchester City competed for an unprecedented quadruple.

An ex-City man, Jadon Sancho, was in the top 10 for the first time at the end of the year as people started to take notice of his form for Borussia Dortmund, but Neymar was still leading the way at £6.36.

Vinicius Junior was new into the top 10 at the end of February 2019 after being called up by Brazil for the first time on the back of some exciting performances for Real Madrid, while Callum Hudson-Odoi was another new entry the following month.

Neither were in the top 10 by the end of the season, however, with Neymar now top of the pile at £7.53 ahead of Pogba at £7.41. Both, of course, were being linked with summer transfers, but both ultimately stayed put.

Hudson-Odoi re-entered the top 10 in June and has remained there ever since, while Sancho has established himself as the second most valuable player on the Index behind Neymar, ending both August and September in that position.

Another bright young thing, Mbappe, is third, while Mason Greenwood finished September in the top 10 for the first time having broken through and scored his first goals for Manchester United.

The UK may still be waiting for Brexit, but in the football world, things move rather more quickly.