The Premier League table since Arsenal hired Mikel Arteta in 2019 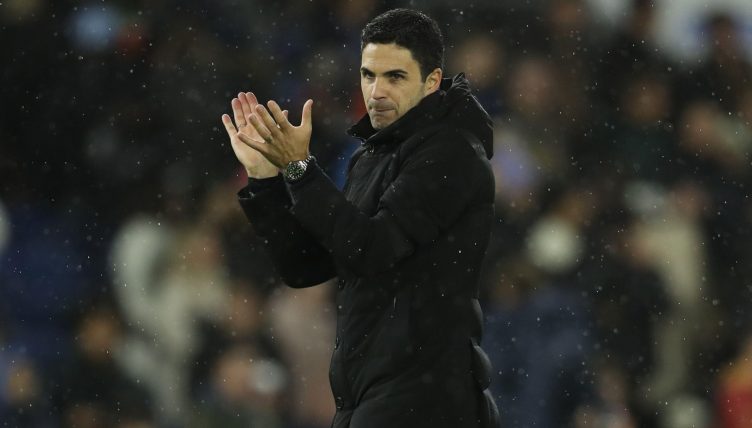 Mikel Arteta’s Arsenal are currently riding high at the Premier League summit – but how does his Gunners record compare to their rivals since his appointment in December 2019?

Arsenal has enjoyed success in cup competitions, beating Chelsea 2-1 in the 2020 FA Cup final before winning the Community Shield a few months later.

But his side struggled for consistency in the Premier League, falling out of the top six and finishing two consecutive seasons in eighth place.

After a difficult start to last season, Arteta has managed to turn things around and has earned plenty of plaudits for his work at the Emirates.

“If you go through the line-up there’s an experienced striker and then three very exciting young boys and then a bit more experience in the double six and then a pretty inexperienced backline and a young goalkeeper, and that’s not with [Emile] Smith Rowe even in, and then on top of the other guys, it’s interesting.

“Other teams will not like it because it’s another big name back on track but that’s how it looks. There are similarities [to us], you can say it like this, they’re a massive club and qualification for European football in the last few years is not exactly how they wanted it.

“Arsenal fans, maybe since I was in England it was not always easy for them to enjoy. But they seem to be now and that’s exactly how it should be.”

And the excitement at the Emirates, much to the anger of Richard Keys, has reached fever pitch as Arsenal have made an incredible start to the Premier League season – including a comprehensive derby victory over Chelsea – and pundits have started to jump on the Arteta bandwagon.

But Arteta is keeping his feet firmly on the ground. Speaking after the win over Brighton on New Year’s Eve, the Gunners boss said: “[We have] a lot of things to improve, especially in defending moments. We still have room to improve.”

But, until then, we’ve taken a look at how the Premier League table would look if it began when Arteta first took charge of Arsenal, against Bournemouth on Boxing Day in 2019.

Note: all teams have played 113 league games unless it’s stated otherwise. If teams are on equal points, the team that has played fewer games is positioned higher. If both parties have played the same number of matches, goal difference has been used to rank them.