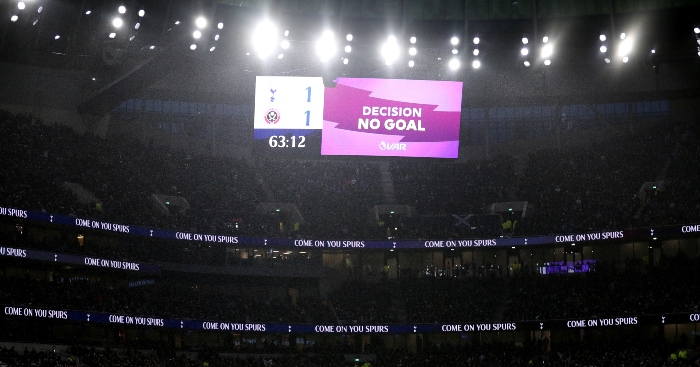 The introduction of VAR has been one of the biggest talking points in the 2019-20 Premier League season – but how big a difference has it made to the competition?

We’ve already looked at which teams have been most affected by VAR this season but now we’re looking at how VAR has impacted the overall table.

It’s important to note that this doesn’t mean that VAR’s decisions have been incorrect as it just shows how the league would look pre-VAR.

Some of the headline figures from the 2019-20 season have seen VAR chalk off 57 goals and award 10, disallow seven penalties but award a further 22, and overturn three red cards while awarding nine.

Thanks to the work of The Times, we’ve compiled the 2019-20 Premier League season if VAR had not been in use.