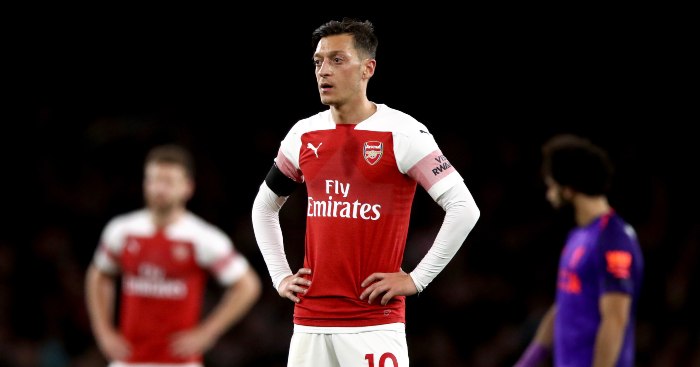 Arsenal fans have been left concerned by their club’s finances following brilliant work by Swiss Ramble, which has shown just how far they have fallen behind the likes of Liverpool and Manchester City.

A combination of falling revenue – due to missing out on Champions League football – and a rising wage bill means Arsenal are expected to post a large loss for 2018-19, which will be the first time they have done so since 2002.

Among the many nuggets in Swiss Ramble’s work, the football finance expert shone a light on each of the top six clubs’ wage bills and how they’ve developed since 2010.

Rather than transfer spend, wage bills tend to be the best indicator of where a club will finish in the Premier League, with a fairly reliable correlation between the two.

And that should come as a worry to Arsenal supporters, with their club being outpaced by their rivals in terms of increasing their spending on wages.

The Gunners have never been particularly big spenders. That has increased in recent years, yet the majority of their top six rivals have accelerated their spending on players even quicker.

Since 2010, Arsenal have generally had the fifth biggest wage bill in the Premier League, although they did spend more on wages than Liverpool between 2012 and 2015.

Post-2015, however, only Chelsea, who already started at a much higher base, have increased their wage bill by less than Arsenal.

Liverpool’s investment in this area is particularly noticeable given their recent success and general change in atmosphere under Jurgen Klopp, with Arsenal now spending £41million less than the Reds on wages, despite spending £26million more in 2015.

Tottenham remain the anomaly in the top six, consistently punching above their weight in spite of investing by far the least on wages – although even their 46% increase post-2015 is much higher than their north London rival’s 16%.

You can read the full thread below. It’s well worth your time.

As Arsenal fans nervously await the outcome of this summer’s transfer window, I thought it might be interesting to look at why the club is facing more financial challenges these days. Some thoughts in the following thread #afcb