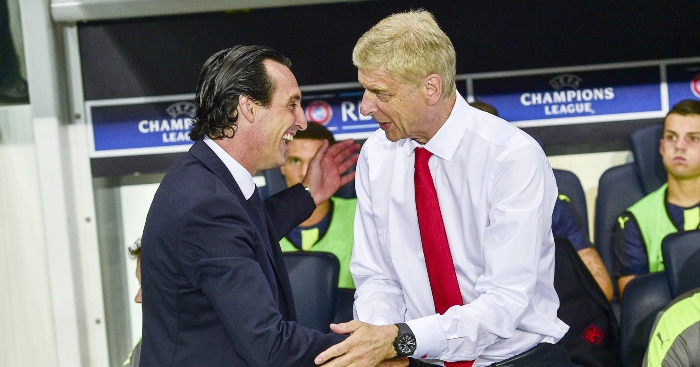 Unai Emery was expected to bring a refreshing change at Arsenal after Arsene Wenger’s departure – but how do the two managers compare?

Arsenal fans had become very critical of Wenger during his last few years at the club, and the Frenchman resigned at the end of the 2017-18 season.

Emery is now coming under increasing pressure at the Emirates after a difficult start to the season, but how do his first 50 Premier League games match up to Wenger’s last 50?

During Wenger’s last 50 league games, Arsenal had 27 wins, 16 defeats and seven draws so they picked up 88 points out of a possible 150.

In comparison, Emery has 25 wins, 13 defeats and 12 draws so he has won 87 points, one less than Wenger managed in his final 50 games.

Emery inherited a fragile defence from Wenger and the 48-year-old later admitted that the team lacked “defensive structure” under the Frenchman.

It’s hard to argue with that because during the final 50 matches of Wenger’s reign at Arsenal, his side conceded 64 goals which is 1.28 goals per game.

However, their defence has actually got even worse under Emery and that figure has risen to 68 goals conceded and 1.36 goals per game.

Arsenal even kept 18 clean sheets under their old boss but they only have 10 in their last 50 league games under Emery. We’re guessing that playing Granit Xhaka has something to do with that.

When Emery replaced Wenger, he said: “I prefer to win 5-4 than 1-0. Why? Because I think football is spectacular, the best form is when you score.”

That statement thrilled a lot of Arsenal fans who wanted to see exciting football at the Emirates again, but he has failed to deliver on that promise.

Despite having Pierre-Emerick Aubameyang, Alexandre Lacazette and Nicolas Pepe at his disposal, Arsenal’s attacking stats have declined under Emery.

Also Arsenal were a lot more creative under the Frenchman as they made 582 chances (11.64 PG) whereas present-day Arsenal have created 479 chances (9.58 PG) in their last 50 league games. 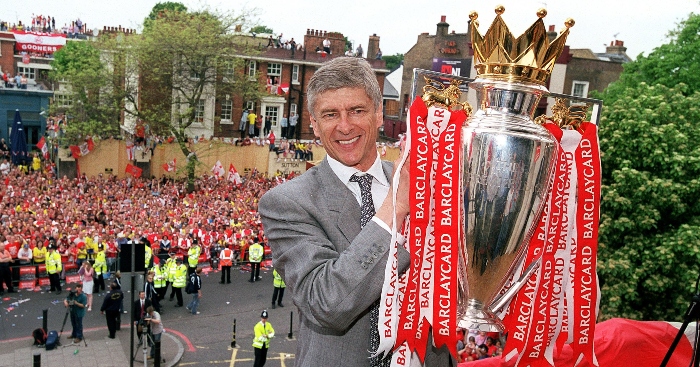 READ: Arsène Wenger: ‘I’ll return to football, but in what position I don’t know’

Wenger’s Arsenal became synonymous with possession based football and they loved to dominate the ball, but Emery has started to move away from that style of play.

During the Frenchman’s final year at the club, the Gunners had an average possession of 61.4%, but the first 50 matches of Emery’s reign has seen that drop to 57.6%.

Nine players who did nothing at Arsenal but shone after leaving