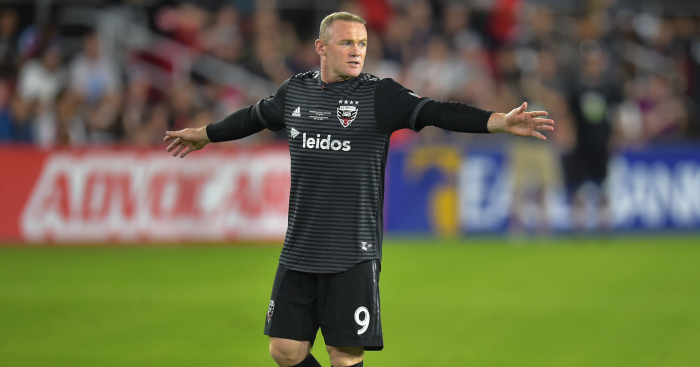 Rooney called time on a 16-year Premier League career this summer when he left Everton to cross the Atlantic and join D.C. United.

His new club were struggling at the time they secured his signature, but have been massively boosted by the experience of their marquee signing.

United’s turnaround since Rooney’s debut is borne out in the numbers.

Prior to his debut, D.C. sat bottom of the Eastern Conference, having taken all three points in just two of their 14 MLS fixtures – a win rate of 14.3%. They had scored an average of 1.64 goals per game and conceded 2.07 goals per game.

Since the former England captain made his first appearance, however, D.C. have climbed up to seventh, six points off a play-off place with three games in-hand on Montreal Impact.

Those direct involvements in goals have been decisive in already earning his new club eight points. Without those they would be back at the foot of the league.

Despite all the hype around his arrival in the States, Rooney’s debut was a low-key affair.

Coming on as a 58th-minute substitute in a 3-1 victory over Vancouver Whitecaps, the 32-year-old showed some promising signs, including an assist for the third goal, but also a couple of sloppy moments.

As far as first impressions go, this could be considered a positive one. 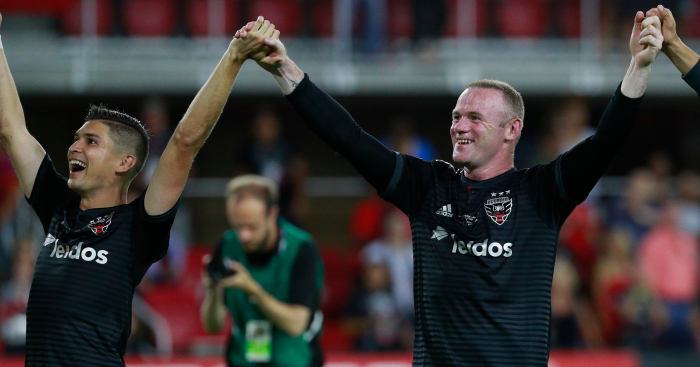 If his first appearance was a success, it must be said that Rooney’s first start in a D.C. shirt did not quite go to plan.

The striker played 66 minutes before being subbed off in a 3-1 defeat to Atlanta United, admittedly one of the strongest teams in the competition.

To make matters worse, Rooney’s misplaced pass led to Atlanta’s opening goal and he was later booked, but head coach Ben Olsen still looked to the positives in the display.

“Each time he’s going to get better and better and we’re very lucky to have him,” Olsen told the club’s official website.

“He’s been with enough teams and around enough high-quality players that gelling and connecting with the attackers around him isn’t an issue. It can get better and as he gets more familiar with the players those connections will improve.

“There were a couple times when it wasn’t perfect but overall it was a really good shift from him. He put in a lot of work on the defensive side, especially when we were pinned back defending.

“We substituted him to manage his minutes and we’ll continue to do that until he’s fit enough for 90 minutes.”

After dropping back down to the bench for a defeat to league leaders New York Red Bulls, Rooney played his first full 90 minutes against Colorado Rapids, opening his account for United with the first goal in a 2-1 win.

To make the moment even sweeter, he finished his goal by sliding the ball between his former Manchester United team-mate Tim Howard’s legs, although he did end the match covered in blood and requiring stitches after breaking his nose.

By this point the commentators were already calling him “Wazza”. Lovely stuff.

Star of the show

Since that victory over Colorado, Rooney has started every game for D.C., adding an increasing number of telling contributions to his Stateside highlights reel.

The pick of the moments undoubtedly came in the dramatic 3-2 victory over Orlando City.

With the scores tied at 2-2 deep into injury time, United goalkeeper David Ousted ventured up-field to attack a late corner, only for Orlando’s Will Johnson to break clear and appear set to score with the goal unguarded.

Rooney, already with an assist to his name, rolled back the years to chase down Johnson and make a remarkable goal-saving tackle, before providing a stunning pass for Luciano Acosta to bag a winner for D.C. United.

Acosta has been one of D.C.’s biggest improvers since Rooney arrived. The attacking midfielder had scored just once this season before linking up with the forward, but has scored six times since.

Now playing big minutes week in, week out for D.C., Rooney now appears settled in MLS, with both his personal performances and his club’s displays much more consistent.

A brace in a 4-1 win over Portland Timbers was almost made a sensational hat-trick by an outrageous, Eric Cantona-esque chip which came back off the cross bar, while he had a hand in all three goals – scoring once and registering two assists – as D.C. gained revenge over Atlanta with a 3-1 victory of their own in his latest outing.

After the intense scrutiny and fierce criticism Rooney often had to deal with during his time in England, we can’t help but enjoy watching one of the greatest footballers the country has ever produced revel in his new career path.

Good on ya, Wazza.