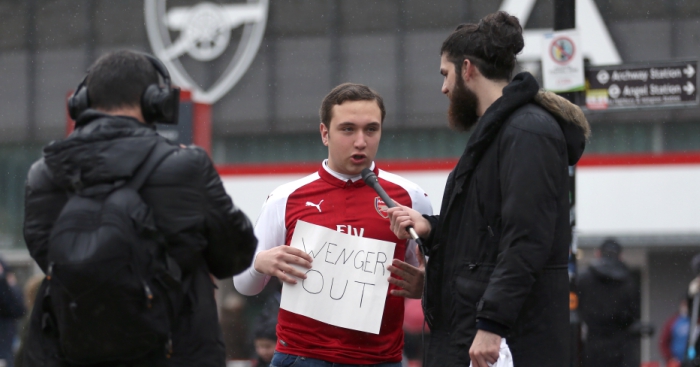 0’ 0-0
As long as the guys play their hearts out and give it their all, I’ll be proud of them.

Few, however, are quite as fascinating as Arsenal supporters.

More likely to fly a banner over the Emirates than sing a song inside it, Gooners are perhaps the most ridiculed of English football fans – with some justification.

That ridicule isn’t going away, either. Despite Arsenal’s poor recent record, juicy ridicule fruit like ArsenalFanTV and the never-ending Wenger Out campaign have put fans of the North London club under a brighter spotlight than ever.

But is the common perception of your average Gooner – entitled, deluded, ungrateful – a fair one? Do Arsenal fans really have ideas above their station, or are they just fed up with a lack of ambition from the board?

I wanted to find out what it’s really like to be an Arsenal fan. By lurking around an Arsenal forum for a couple of weeks, I thought I had a good chance of doing so.

39’ 2-0
Watching this match leaves me with the same feeling as if my dog just died.

Account set up, the first thing I learn as a newly hatched Arsenal fan is that nobody is ‘Wenger In’ these days. Nobody at all. Not here, anyway.

Furthermore, the ‘Wenger Out’ thread has been active since September 2009. That’s a lot of complaining. 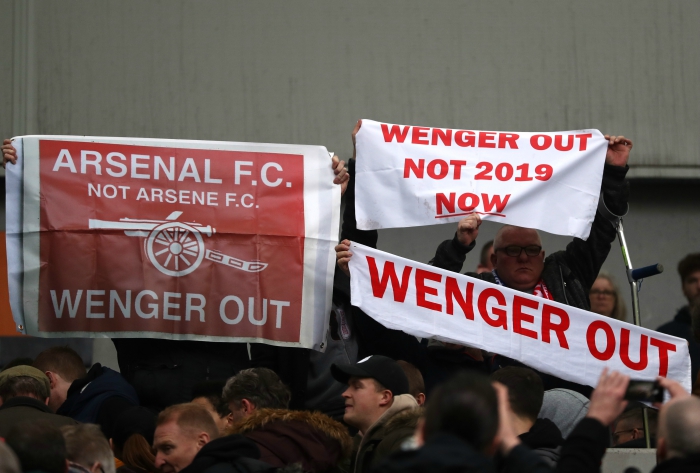 None of that is unexpected, but other opinions I come across are harder to comprehend: academy lad Alex Iwobi is attacked by many users for his hit-and-miss displays, while Danny Welbeck doesn’t get much respect either.

Most surprisingly, there’s a consensus that Mikel Arteta – who always seemed like a pretty tidy player from afar – was actually terrible.

As an Arsenal tourist, this is intriguing stuff.

Still, I want to get a better understanding of how fans see the club. Are they realists or fantasists? Will I see glimpses of that legendary sense of entitlement amongst these seemingly sensible online supporters?

Fortunately, there’s a reliable test for judging a fan’s sanity: ask them who they think their club should sign.

H/T 3-1
How dare the Gallic c**t sit there shaking his head.

The forum has a long thread called ‘The Wish List’ reserved for the discussion of potential Arsenal signings, and I secretly hoped it might expose some fans as mad fantasists.

But besides some ambitious plans for Ousmane Dembélé, most users are realistic. Painfully realistic, even.

They’re ‘wishing’ for footballers like Jonny Evans, a bunch of French-sounding players I haven’t heard of and someone – anyone – who can tackle in midfield.

In fact, so modest is this wish list, I’m curious enough to scroll back a whole decade on the thread to see if it’s always been like that.

The findings are surprising.

Autumn 2008, and one fan is hoping for Petr Cech, Micah Richards, Gareth Barry and Gabriel Agbonlahor. (And Lionel Messi.) Another earmarks Ryan Shawcross as “exactly what we need” at the back. 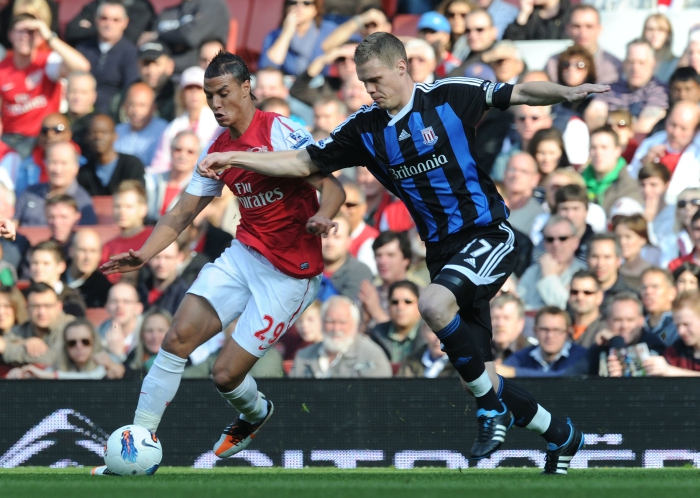 Just over a year later, there’s a minor campaign to get Carlton Cole (who is “doing his utmost to get a starting place for England”) on board.

By 2011, it’s terrifying how conservative these guys are – some having fully subsumed Wenger’s profit-first mentality.

“Hypothetically, who would you prefer?” one user asks. “An unknown player to most who happens to be a really good all round goalscoring forward with a superb engine and experience for €5m or Hazard for €35m?”

The insinuation is that Hazard would be a waste of money; the “really good forward” is Park Chu-young.

74’ 6-2
Whoever said seven in this thread earlier will be right. Unless it’s more…

87’ 7-2
To all of you who live in London, please protest outside Wenger’s house.

In all honesty, I had hoped for more embarrassing opinions, more emotional rants, more outlandish predictions of success. I wanted the spirit of ArsenalFanTV channeled into a format I could more easily copy and paste.

What I found instead was a fairly pessimistic group of supporters, many of whom only demand the bare minimum in the transfer market and who consider their Europa League campaign as good as finished now they’ve been drawn against Atlético Madrid.

Still, since I’m online and registered, I try to get involved a bit. 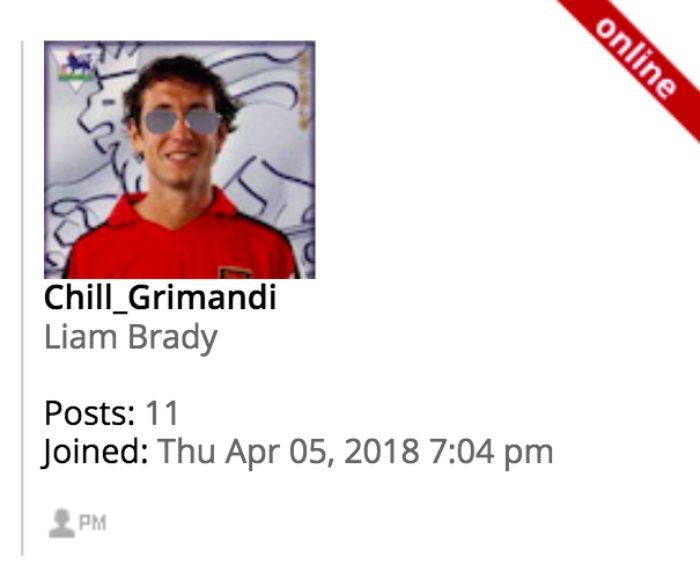 These Arsenal fans are too self-deprecating to argue with, but I do at least want to propose – several times, if possible – that Granit Xhaka should play in defence.

Every time his name comes up, I propose sticking the ill-disciplined Swiss at the back. (Arsenal’s David Luiz, IMO.)

Nobody is keen. An administrator thinks it’s a bad idea. Another user has “tears streaming down [their] face” at the thought of it. Another sarcastically imagines the red-card specialist as a libero.

F/T 8-2
The utter shame of it. I’m gonna be sick … Wenger has turned us into a joke … Work is going to be a hell hole. I’m probably going to get sympathy from a Stoke fan FFS … Can’t wait for the fans to rub this in our faces for the next 30 years … Park Chu-young won’t even join now.